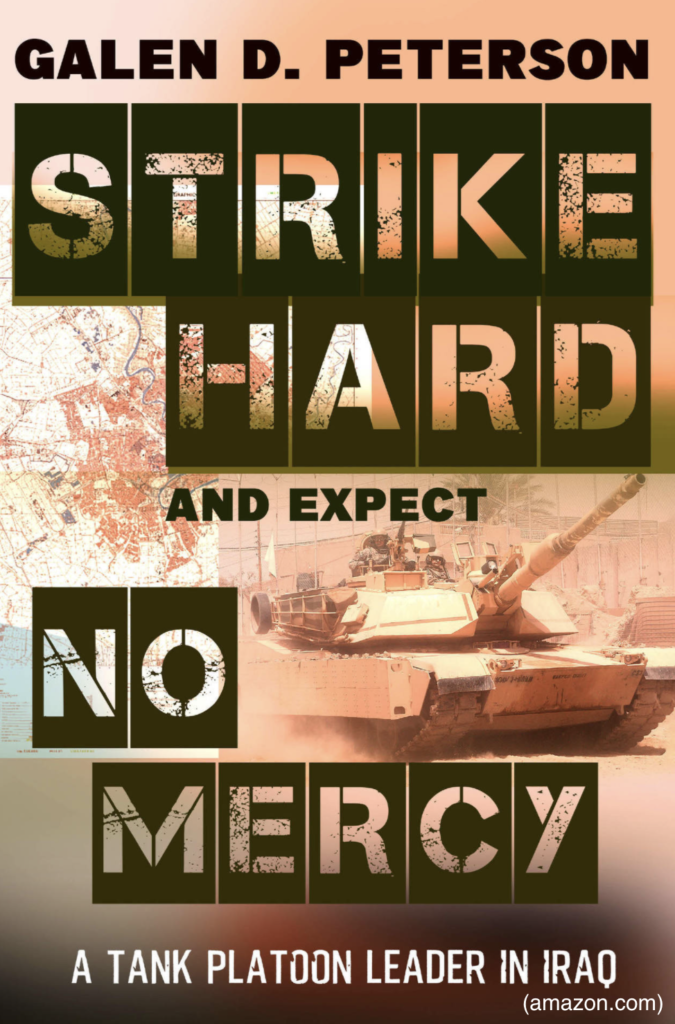 Take a visceral dive into the combat experience through the eyes of a tank platoon leader on VBC Happy Hour. Galen Peterson is a West Point graduate who led a tank platoon in combat in Iraq and later commanded a tank company.  He saw some of the heaviest fighting of the war in Sadr City in 2008 and wrote a book with the unforgettable title, Strike Hard and Expect No Mercy.