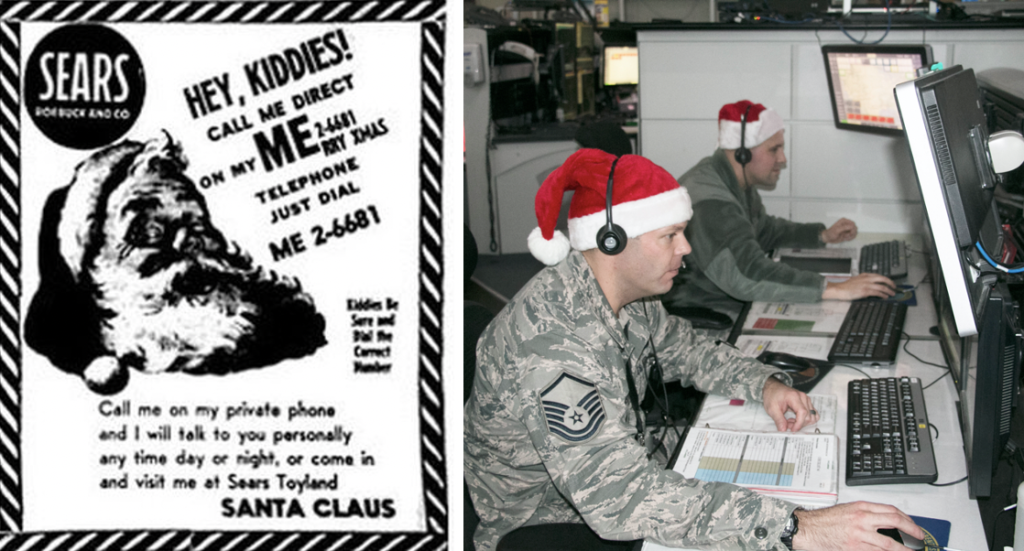 Every Monday night at 7pm ET on Zoom; simulcasted to Facebook and YouTube. BYOB(everage). Veterans stories, conversations, special topics, and guests. The VBC celebrates the holiday on Monday, December 20 at 7:00pm ET, with the story of NORAD, which has tracked Santa Claus’s movements since 1955. That was the year Sears Roebuck placed this ad in a local Colorado Spring newspaper. A misprint caused hundreds of kids to call the North American Air Defense Command’s classified hotline asking for Santa. At first, Colonel Harry Shoup thought it was one of his Airmen playing a prank. Then, he started playing along, and the rest is history. Tune in!