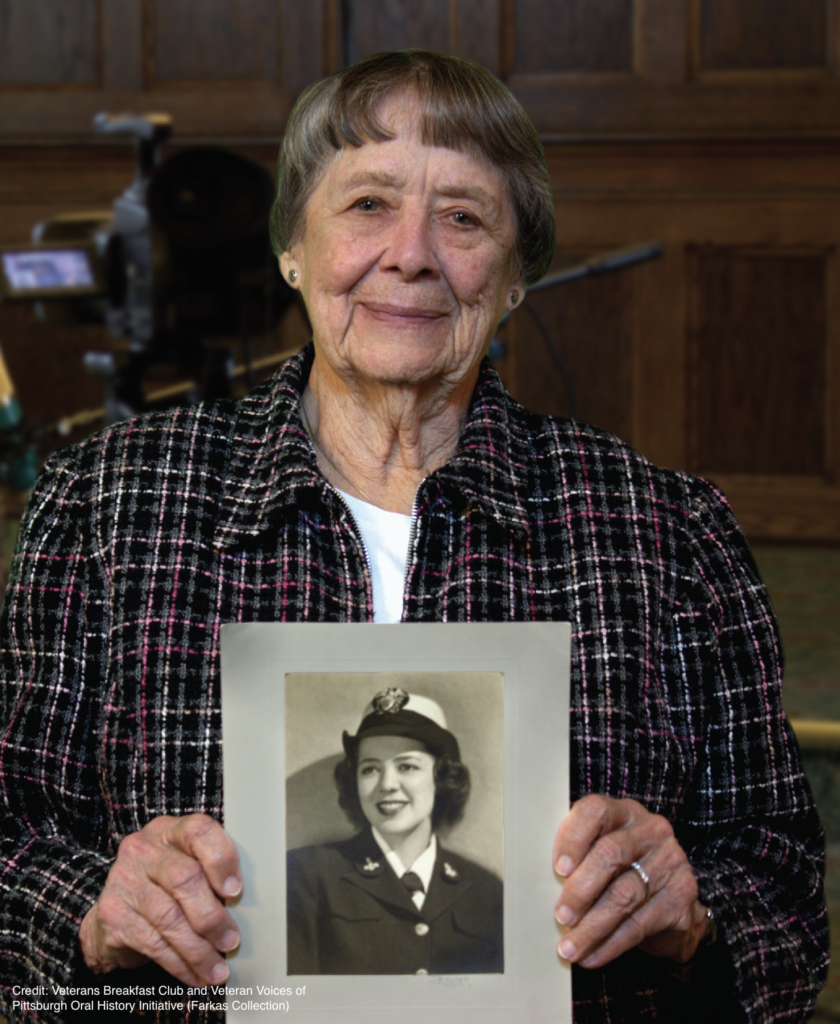 Join the Veterans Breakfast Club and Independence Seaport Museum on July 21 at 7:00 PM in celebrating the anniversary of the Navy WAVES with 100-year-old Julia Parsons, a WAVE who served as an enigma codebreaker in World War II.
Before July 21, 1942, when Congress created the Navy WAVES (Women Accepted for Volunteer Emergency Service), few women served in the Armed Forces.  Once the Japanese bombed Pearl Harbor in December 1941, the United States realized it needed more manpower and created the Navy WAVES to free up men to fight on the front lines.  At its peak, the WAVES had over 86,000 volunteers in the ranks, serving as clerks, recruiters, mechanics, and cryptologists among other roles.
Our featured speaker was one of these pioneering women.  Julia volunteered for the program in 1942 after graduating from Carnegie Tech.  She studied cryptology at Naval Reserve Midshipmen’s School at Smith College, and then she was ordered to Washington, D.C. for top-secret duty.  She joined section SHARK, whose job it was to de-code German U-boat message traffic sent via the ENIGMA machine.  Hers was some of the most important work of World War II.  Julia recently turned 100 years old and participates in virtual veterans storytelling events with the Veterans Breakfast Club.
VBC2021-06-24T14:31:46-04:00
Page load link
Go to Top