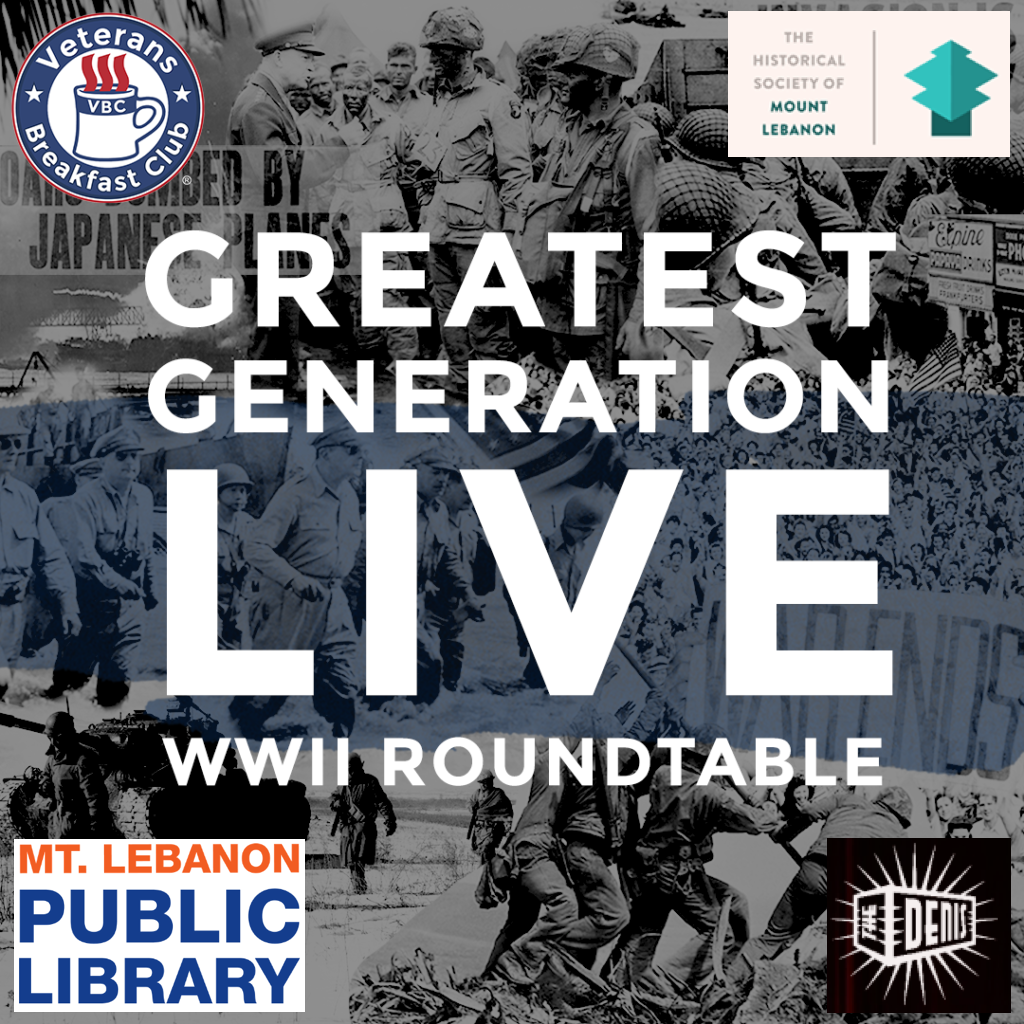 We talk all things WWII, with experts, authors, and WWII veterans. In his book, Black Dragon: The Experience of a Marine Rifle Company in the Central Pacific recounts the experience of a single Marine rifle company—2-F-23, or “Fox” Company—and its drive through the central Pacific in World War II. Through painstaking research of battlefield reports and extensive interviews with surviving members of Fox Company, Steve has reanimated the grueling, day-by-day slog through the Pacific theater through the eyes of the US Marines who endured it.

This is the story of American teenagers who left home, many for the first time, trained together, and formed a team that held strong until, at last, those who survived tried to leave it all behind as they dispersed, returned home, and sought to build their lives. Decades later, Fox Company re-formed through correspondence and reunions and also welcomed McCloud into their midst by telling him their stories. McCloud took notes, chased down company reports and other documents to fill in the gaps, and carefully reconstructed their journey.

As one member of Fox Company recalled after returning to Iwo Jima half a century later, “I think the pilgrimage to Iwo has helped me conquer my black dragons—those bloody and stinking nightmares that made nightly uninvited visits for fifty-six years. My dreams were in color, predominantly bloody red. Those remaining are in black and white and shades of gray, not so violent and stinking. These I can live with.”

Readers who reveled in Stephen Ambrose’s masterful oral history of E Company in the European theater will find similar heroism and heartbreak in the pages of Black Dragon. 102-year-old Raymond West joins VBC Happy Hour to share his story of serving in the 28th Division in World War II, being captured in the Battle of the Bulge, and surviving to the end of the war in two POW camps. Also joining us are Vietnam Donut Dolly Rosemary Schwoebel and her sister, Diane Schlosser, who oversaw publication of their father’s WWII memoir. Ivan D. Thunder’s The Pacific War and Iwo Jima is a series of vignettes of daily Seabee life during and after the battle of Iwo Jima. A former Lt. CEC, USNR of the 133rd Naval Construction Battalion, Thunder writes with simplicity and candor describing his harrowing, bloody experience landing on the island under enemy fire; and after the island is secure, describes the sneak Japanese attack where even the Army cooks fought them off with knives. He then switches to the lighter side of living in a foxhole while mimicking FDR. Included in his recollections are essays where Thunder unabashedly expresses his opinion on whether we provoked the Japanese; if the A-bomb was justified; and offers his detailed tribute to Admiral Nimitz. In addition, the chilling diary of a Japanese Marine Officer and a G-2 Intelligence Bulletin recounting a U.S. Merchant Seaman’s POW experience, help to found out the Iwo Jima story. Though written by one man, this book transcends the individual and is a testimony to the extraordinary “Can Do!” spirit of the Seabees. As the Greatest Generation passes away, these inspirational recollections will serve as a useful primary source for young historians.