Skip to content
A Man Whose Life was Saved in Korea by a MoH Recipient Samuel S. Coursen

A Man Whose Life was Saved in Korea by a MoH Recipient Samuel S. Coursen 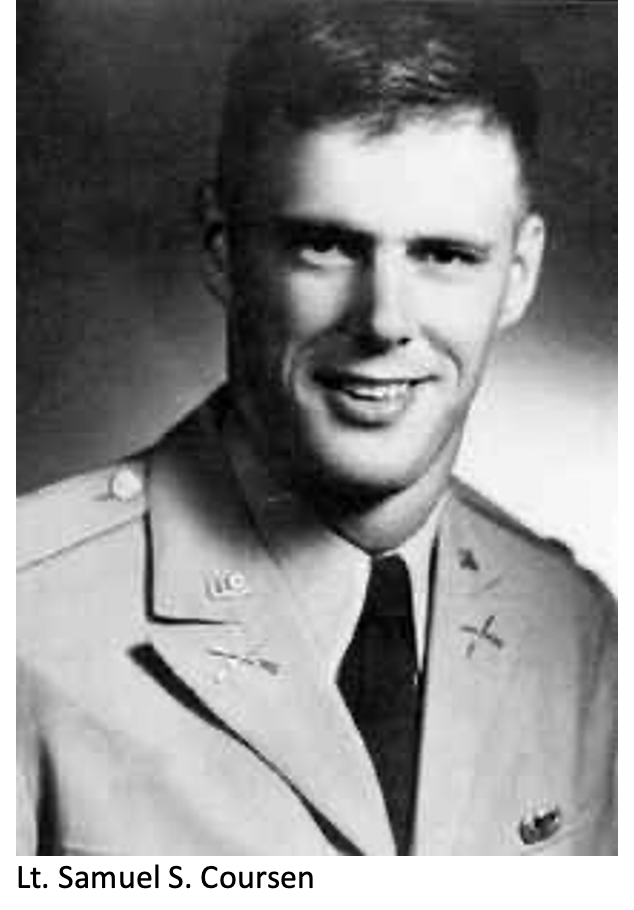 Yesterday, I spent the best afternoon imaginable at The Residence in Bethel Park retirement community, where I met a wonderful 90-year-old man named Chuck Nice. I told him how apt his last name was. He said to me, “I don’t even like to argue with people, and yet I had to kill them in Korea.” Chuck was one of the first soldiers shipped overseas to Pusan in July 1950 as a sergeant in Company C, 5th Cavalry Regiment, 1st Cavalry Division. On October 6, 1950, after lots of terrible combat, his depleted platoon received a new leader, Lt. Samuel S. Coursen. Six days later, Chuck’s platoon was down to a handful of men, including Coursen, when the 5th Cav attacked North Korean positions near the city of Kaesong as part of the massive UN offensive above the 38th Parallel. 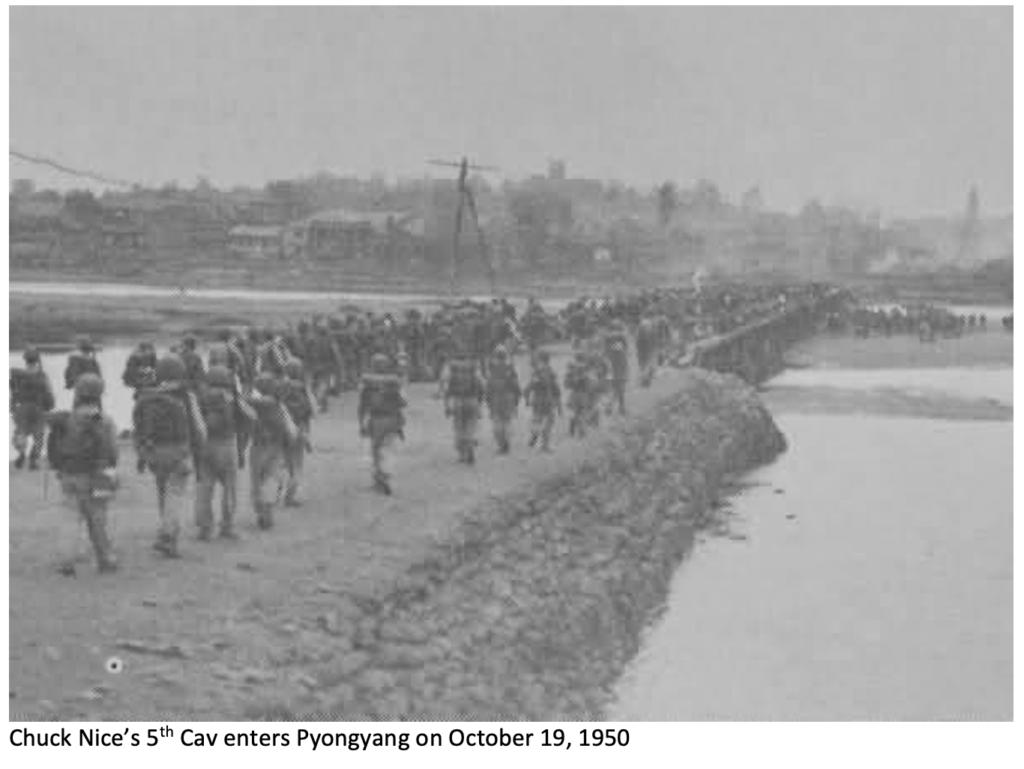 While fighting on Hill 174, Lt. Coursen saw one of his men wounded. He also saw that the enemy was about to overrun their position. He turned to his platoon. He told them to run as fast as they could away from the enemy. Then, Coursen fixed bayonet and charged, holding off the North Koreans long enough to allow Chuck and his comrades to escape. Chuck told this story through tears. “Where do we get people like this? How does someone find the courage to do that? He knew he was going to die. Yet, he did it anyhow so we could live.” I’m so grateful to Chuck for sharing that hard memory and telling me about a hero named Sam Coursen.