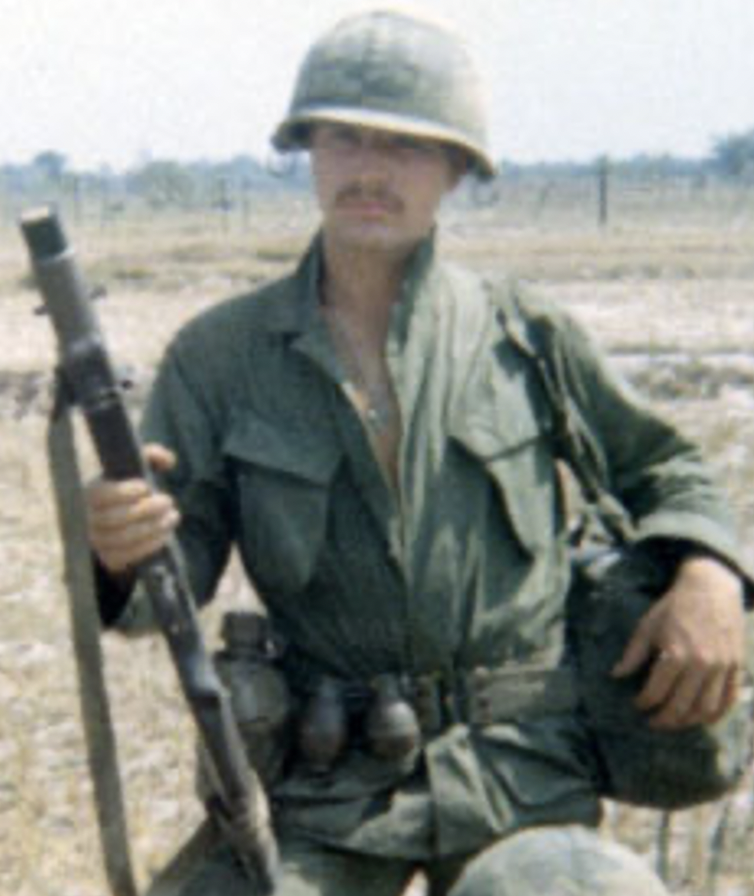 During our virtual breakfast last Wednesday morning, we talked with John Krul of the 4th Battalion, 9th Infantry Regiment, 25th Infantry Division, which saw the largest single day loss of American life during the Vietnam War on March 2, 1968. This photo of a 4th Battalion member holding an M79 grenade launcher got some, including former USAF Security Forces veterans Larry Woods, about the M79 “upgrade,” the XM148. The XM148 was the first grenade launcher designed to fit under the barrel of a rifle, making the M16 two weapons in one.

The idea was to equip grenadiers—those squad or fire team members assigned to the M79—with something other than a pistol for protection. A grenadier couldn’t carry both the M79 and an M16 assault rifle. By combining the two, a squad could increase its firepower.

Two excellent videos and blog posts explain the problems with the XM148. This video review [EMBED THIS VIDEO] by the “Forgotten Weapons” YouTube channel is cued to a walk through the weapon’s drawbacks. The “Armourer’s Bench” also has both a video and blog post detailing the weapon’s design flaws. [EMBED THIS VIDEO] The cocking mechanism was hard to squeeze, and the site hard to use. The trigger design was complicated and required constant maintenance. And the whole kaboodle snagged in brush. The first units were delivered to Vietnam in December 1966. By May 1967, the military had deemed the XM148 unsuitable for use in the field. 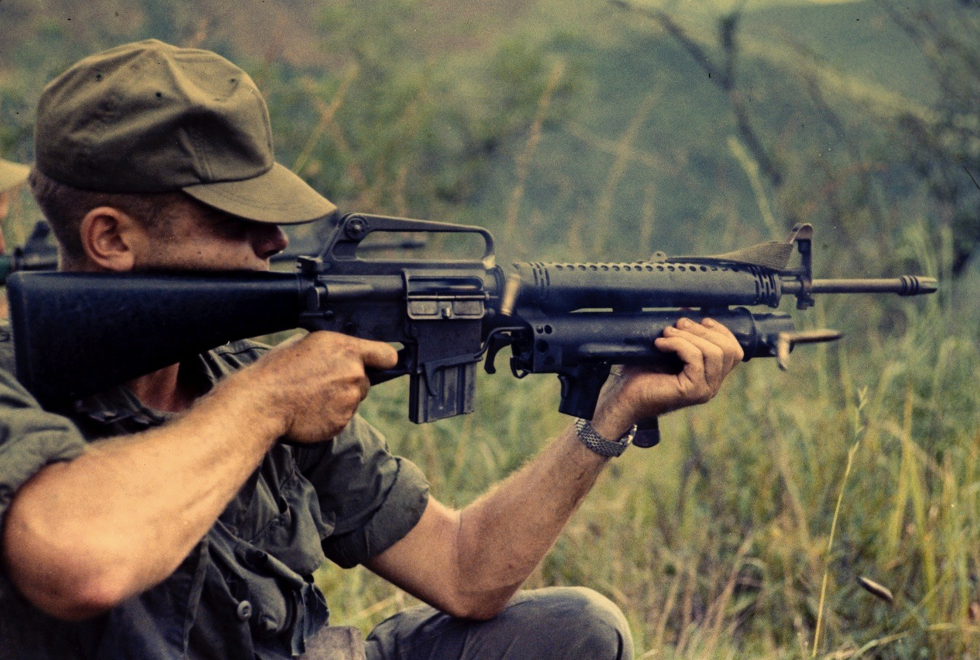 The US Army quickly adopted an improved underbarrel grenade launcher that would arrive in Vietnam mostly after 1970. The M203 is still in use today in the US and around the world.

Larry Woods might be unhappy to learn, however, that the 10,000-odd XM148s weren’t destroyed. They were all given to the USAF Security Forces for use into the 1990s.