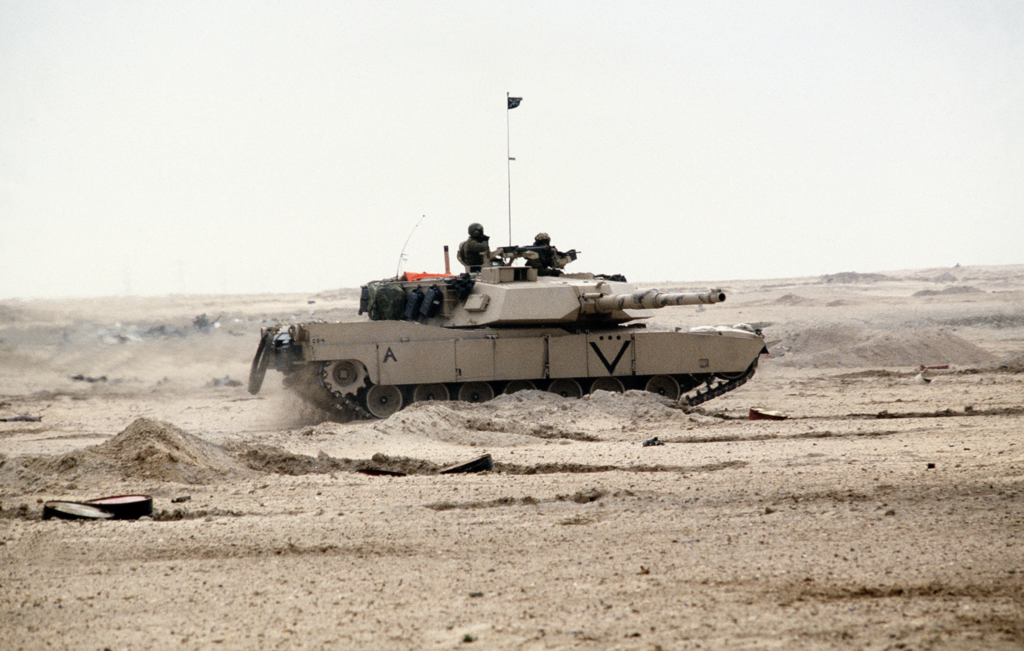 A Marine Corps M-1A1 Abrams main battle tank moves across the desert during the ground phase of Operation Desert Storm. Image via https://nara.getarchive.net

This week marks the 30th anniversary of the start of Operation Desert Storm, which saw the first use of “smart bombs” and the last use of battleships. The First Persian Gulf War had one clearly defined goal: to liberate Kuwait from Iraqi occupation. In that, the war was an unambiguous battlefield success. A five-week air campaign followed by a 100-hour ground assault were enough to restore the country’s Emir and constitutional government.

But Desert Storm’s legacy is a complicated one, especially in light of the Second Iraq War that began in 2003. Several journals and magazines have excellent, brief retrospectives on the Operation Desert Storm for the 30th anniversary.

Air Force Magazine serves up a short but vivid outline of the conflict focused on the air war. Last month, AFM also published an intriguing article about the war’s “unheeded lessons.”

For a more personal look at the war, Stars and Stripes has an excellent gallery of photos taken by Army Engineer Sgt. Kirby Lee Vaughn over the course of his six-month deployment.

For a short big picture critique of the war, take a look at Foreign Policy’s 2011 retrospective which argues “the Gulf War was not the strategic masterpiece that many at the time heralded. . . . [but rather] offers a vivid example of the deep chasm that separates battlefield success from victory.”