No one “lands” on an aircraft carrier, the saying goes. They only “crash” in a controlled manner. On January 24, a F-35C Lightning II had an uncontrolled crash-landing on the USS Carl Vinson in the South China Sea. The event wasn’t reported, but someone in the Navy leaked a 51-second video that shows the flaming jet hitting the deck, then dropping into the ocean as a controller yells “wave, wave, wave!!” VBC member Andy Glaid says, “by the time the plane hits the water, the crew was already hosing down the fire. A quick response and the result of painful lessons learned. They should be commended for their response.” 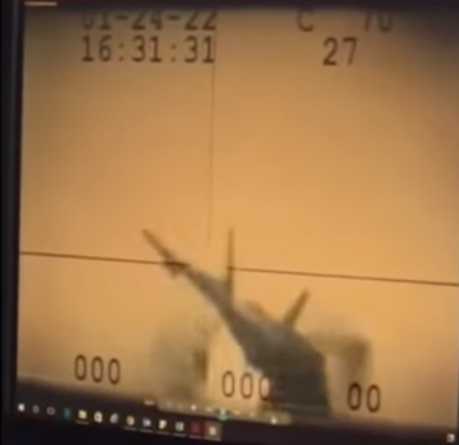