Skip to content
When Is V-J Day?
← BACK TO VBC BLOG 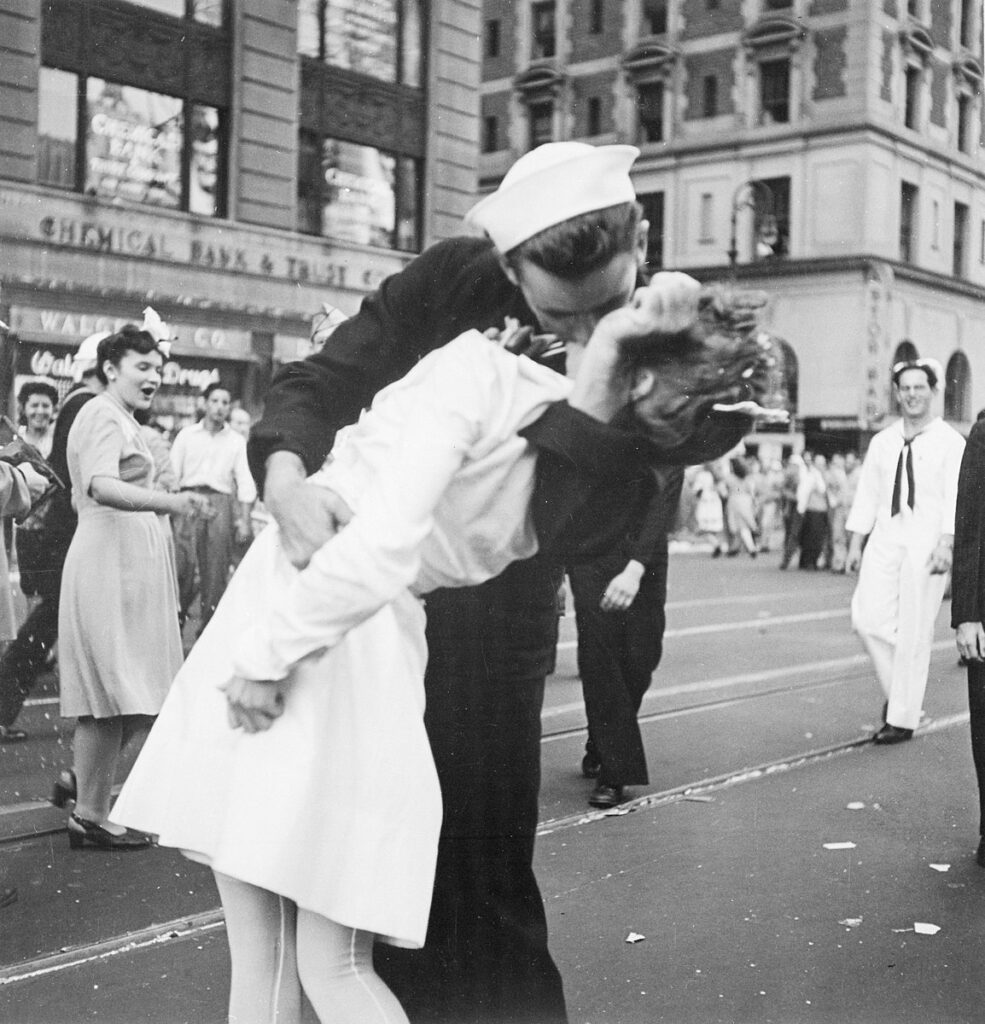 August 14 is the anniversary of V-J Day. That’s the day in 1945 that Americans learned of the final end of World War II. That is, the end of the second of two wars that made up what we call the Second World War.

The European War had ended over three months earlier, on May 8, 1945. “Victory in Europe” or V-E Day saw muted celebrations in the United States because the war in Asia was still raging, and no one knew when it might end. The best estimate was at least another year or so.

But the second war in Asia–what Americans call the Pacific War–shuddered to a close much sooner and more suddenly than anyone anticipated.

Three events over ten days forced the Japanese surrender. At 8:15am on August 6, Tokyo time, the Enola Gay dropped a uranium-235 bomb on Hiroshima. Two days later, the Soviet Union, which had previously not been at war with Japan, invaded Japanese-held Manchuria in China and declared an end to the Soviet-Japan Non-Aggression Pact. Then, the following day, the B-29 Bock’s Car dropped a plutonium bomb on the Japanese city of Nagasaki. After five days of agonizing and astonishingly close deliberation, the Japanese Supreme Council for the Direction of the War elected to surrender to the Allies.

The White House got word of the surrender via Swiss emissaries just before 3:00am on August 14. President Harry S Truman kept a lid on the news until later that afternoon, when Washington, D.C., journalist William K. Hutchinson, (uncle of the late Bill Hutchinson, WWII veteran and VBC member) got the scoop and broke the story to the world. Spontaneous celebrations erupted across the country, hours before the President made the official announcement at 7:00pm.

But because of the International Date Line, it was August 15 in Japan. Further complicating the date was Great Britain, which didn’t learn of the surrender until after midnight Greenwich Mean Time.  So, while the US marks August 14 as V-J Day, Britain and much of the rest of the world celebrate it on August 15.

Finally, there’s the formal surrender ceremony, which took place on September 2, Japan time, aboard the USS Missouri anchored in Tokyo Bay. This was when Japanese leaders signed a Surrender Instrument, the written agreement of Japanese capitulation to the Allies.

Let’s agree that here in the US, V-J Day will always be August 14, the date our country learned of the end of the war. That’s a good and sensible way to give a straightforward answer to a simple question.