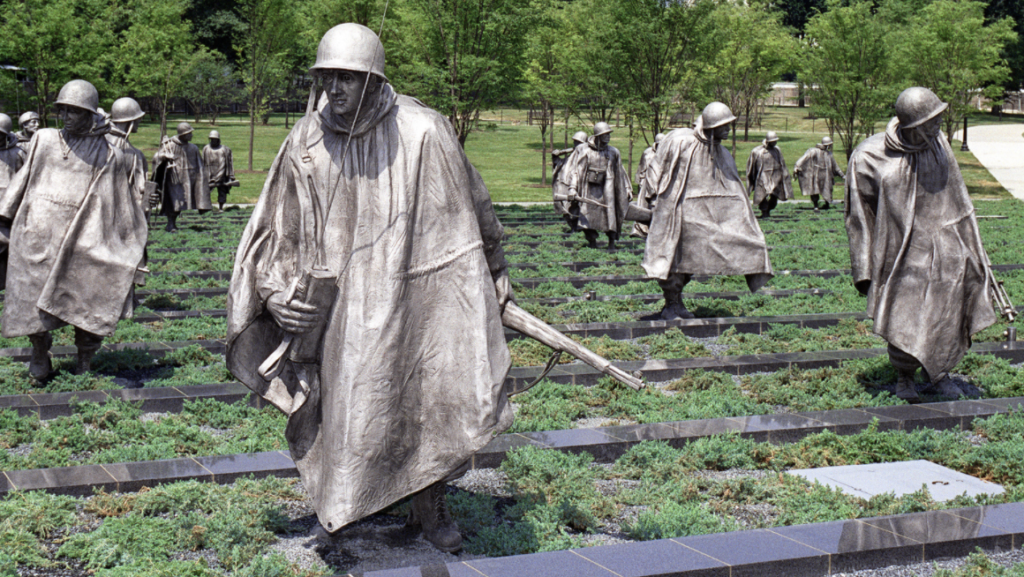 Every Monday night at 7pm ET on Zoom; simulcasted to Facebook and YouTube. BYOB(everage). Veterans stories, conversations, special topics, and guests. If you served in Korea between 1950 – 2021, please join us to mark the anniversary of the Korean War Armistice, signed on July 27, 1953. Guests include: Charles E. Nice (Company C, 5th Cavalry Regiment, 1st Cavalry Division ), who was one of the first US soldiers to arrive in Pusan after the North Korean Army invaded the South on June 25, 1950; Joe Peterburs, who flew 76 missions over North Korea with the 18th Fighter Bomber Group in 1951; Korean American writer and historian Susan Kee, who has devoted herself to honoring Korean War Veterans and fallen heroes; and NPS Ranger Brad Berger on the Korean War Veterans Memorial. Join us!