“BRRRRRRRRRRT!” The Sound First Heard in Combat 30 Years Ago

“BRRRRRRRRRRT!” The Sound First Heard in Combat 30 Years Ago 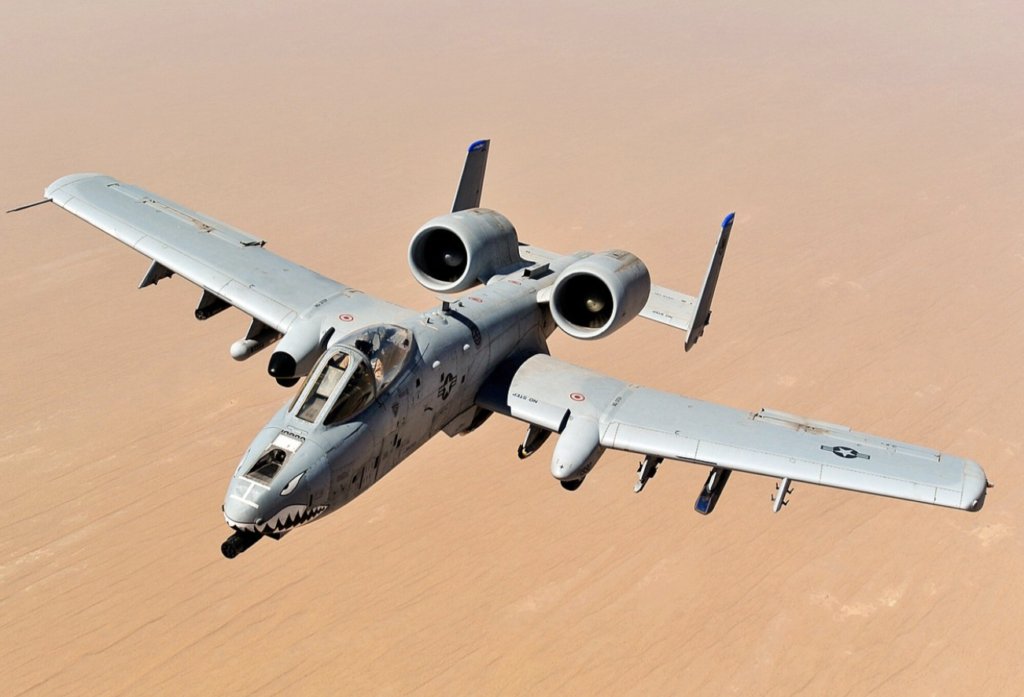 At our VBC events, we often hear veterans talk about the beautiful zipper sound of the Warthog. Anyone in ground combat over the past 30 years has no doubt heard the eerie noise and welcomed it. Think of it as the updated version of the Cavalry’s bugle call. The Warthog’s shreik signals help is on the way.

The Fairchild Republic A-10 Thunderbolt was built for close air support. Soldiers and airmen nicknamed it “Warthog,” due to the guttural belch made by its giant 30mm GAU-8 Avenger rotary cannon that sticks out its mouth.

You can hear the sound in this YouTube video.

The Warthog entered service in 1976 and first saw combat in Desert Storm thirty years ago. It quickly proved itself against Iraq’s military destroying more than 900 tanks, 1,200 artillery pieces, a couple helicopters, and thousands of other vehicles.

It’s no wonder our enemies have given the Warthog a different nickname, “The Monster.”

What makes the Warthog so deadly? 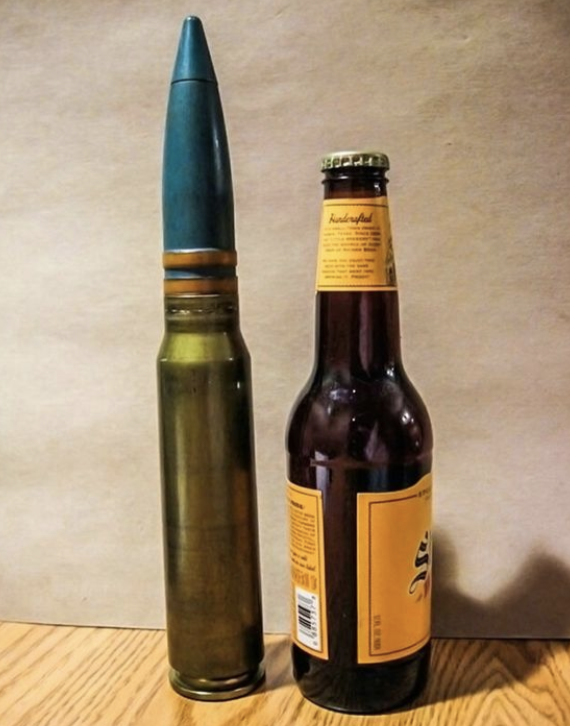 Size comparison between 30mm and a beer bottle (Pinterest)

The Air Force’s original request for proposal (RFP) asked for a 30mm rapid-fire cannon. General Electric delivered the GAU-8. This seven barrel Gatling gun is capable of firing 1,800 rounds of high explosive incendiary (HEI) and armored piercing incendiary (API) ammunition per minute. Let that sink in. That’s 30 rounds per second. The GAU-8 came first. The A-10 was built around it.

The original design had the cannon centered under the aircraft, but testers found that the GAU-8 was so powerful, it pushed the A-10 off target when fired. So the whole cannon was remounted off-center but with the firing barrel directly under the nose of the aircraft. Fears that the gun’s fire would slow the plane down proved unfounded.

The plane has defied all predictions of its demise. The Air Force planned to replace the A-10 with the new and much criticized F-35 Lightning. But the A-10 does close air support so well and so inexpensively that it hangs on to this day. It looks like the A-10 will be with us for some time to come.

Now that you know a little of the history of the A-10, I hope you can enjoy this meme. 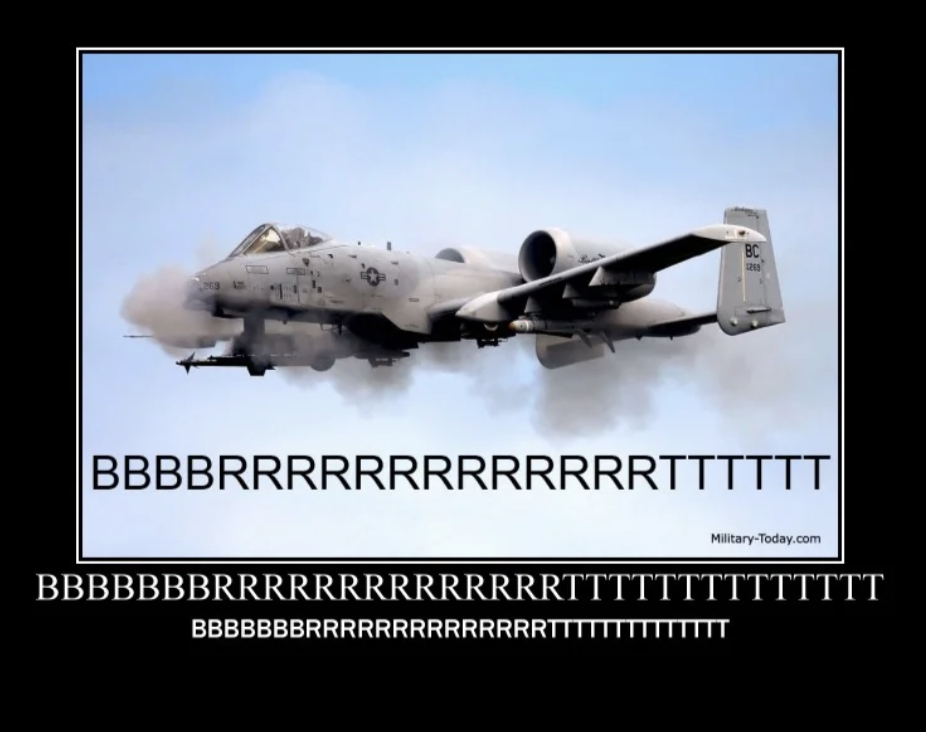