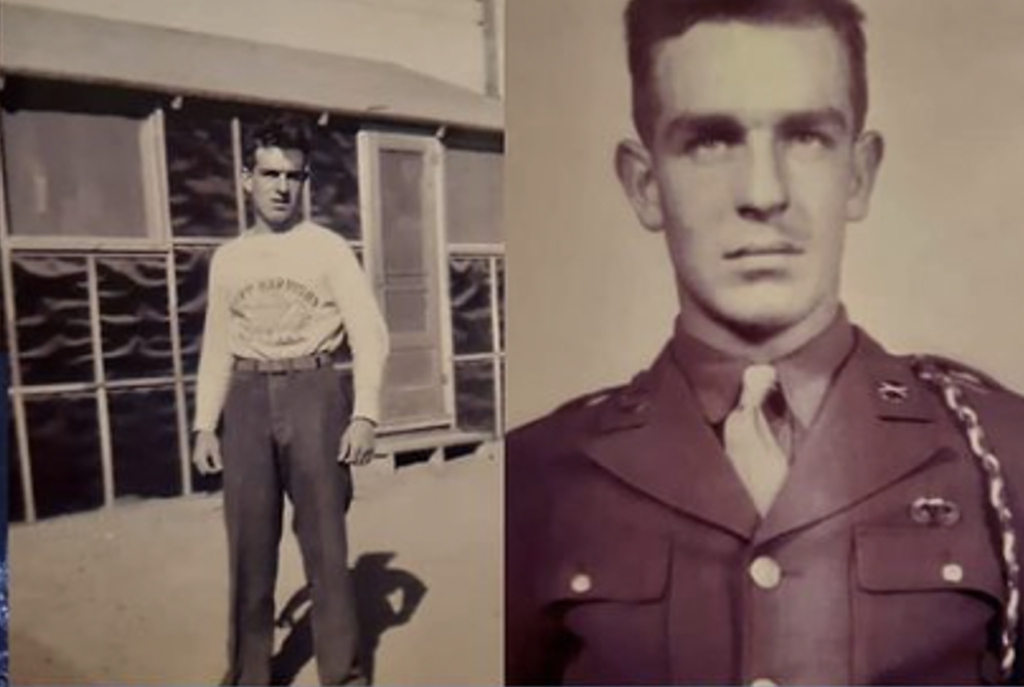 On Monday night, April 19 at 7:00pm, we will welcome two WWII veterans, 99-year-old Phil Horowitz in Florida and 92-year-old Harry Miller in Manchester, PA. I’ve highlighted Harry’s age for a reason: do the math. He really shouldn’t be old enough to have served in WWII. And he wasn’t. He joined the Army at age 15 and fought in the Battle of the Bulge at age 16. But he wasn’t the youngest to serve. That honor belongs to Calvin Graham, who joined at age 12. And his story is one of the saddest you’ll ever hear. 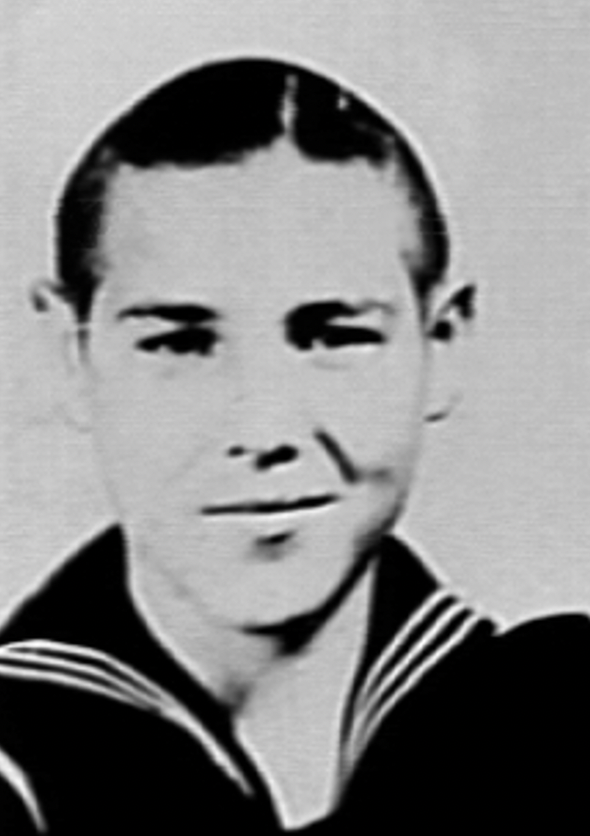 Calvin was one of seven children in a poor East Texas family headed by an abusive stepfather. In 1941 at age 11, he left home to live in a boarding house, supporting himself by selling newspapers on the street and delivering telegrams at night. When Pearl Harbor was attacked, he decided to enlist. He’d been following the war headlines in the papers he sold. He hated Hitler, he said, because Fuhrer reminded him of his stepfather.

At 5’2” and 125 pounds, Calvin didn’t look anything close to enlistment age. So, he practiced shaving his pre-pubescent face in the hope it would give him some stubble and tried to deepen his voice, which hadn’t yet cracked. He forged his mother’s signature on the enlistment papers, but they needed to be notarized. He and some friends knew a local innkeeper who kept a notary stamp at his front desk. The kids reported a fire on an upper floor and grabbed the stamp when the hotel manager rushed upstairs.

Calvin passed the medical doctor’s examination without a hitch. But then a dentist took a look in his mouth and saw baby teeth.

“Yeah,” Calvin responded, “but those guys ahead of me were only 14, and you passed them. If you don’t pass me also, I’ll go to your superior.”

The dentist moved Calvin along. The Navy had lost a lot of sailors by August 1942, and they needed every hand. 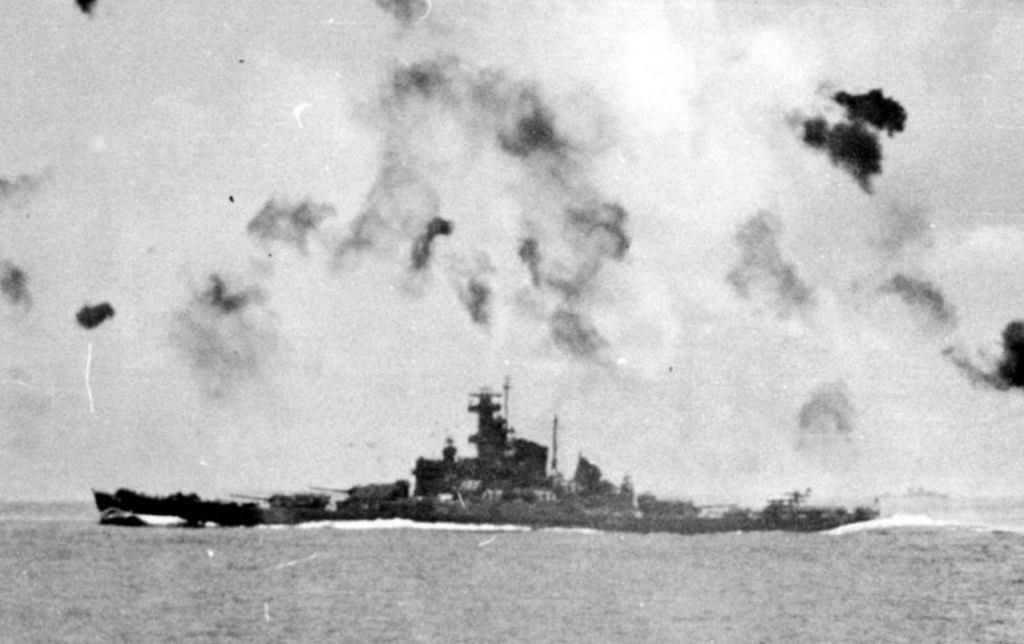 South Dakota at the Battle of Santa Cruz (US Navy)

After only three weeks of Boot Camp, Calvin got trained as an anti-aircraft gunner and was assigned to the battleship USS South Dakota. In October, he steamed out as part of a task force with the carrier USS Enterprise to engage the enemy at Guadalcanal. Calvin saw his first action just southeast of Guadalcanal off the Santa Cruz Islands, when the South Dakota shot down 26 Japanese planes attempting to sink the Enterprise.

Calvin had been manning the guns when he caught shrapnel in the face and arm. Some of his teeth were knocked out. Yet, along with his gunnery officer, one Sargent Shriver, Calvin began tending the worse off.

“I took belts off the dead and made tourniquets for the living and gave them cigarettes and encouraged them all night,” he later said. “It was a long night. It aged me . . . I didn’t do any complaining because half the ship was dead.”

The South Dakota limped back to the Brooklyn Navy Yard as newsreel cameras captured the return of what the pressed called “Battleship X” for security purposes. Back in Crockett, Texas, Calvin’s mother saw the footage in the local theater and exclaimed, “That’s my son!” Calvin had told her he was visiting relatives out of state.

His mother complained to the Navy about recruiting a 12-year-old. The Navy responded by taking away Calvin’s medals and issuing him a dishonorable discharge, but not before subjecting him to three brutal months in the brig.

So, there he was, on April 1, 1943, a wounded war veteran without disability benefits still not yet a teenager. Instead of finishing grade school, Calvin got a job in a shipyard and got married. He became a father at 15 and divorced at 17. In 1948, he got drafted and decided to join the Marine Corps. He broke his back in a freak accident, and was back selling magazine subscriptions as a civilian.

His face and arm wounds from 1942 started giving him trouble as he aged, so he sought to win an honorable discharge for his WWII service. 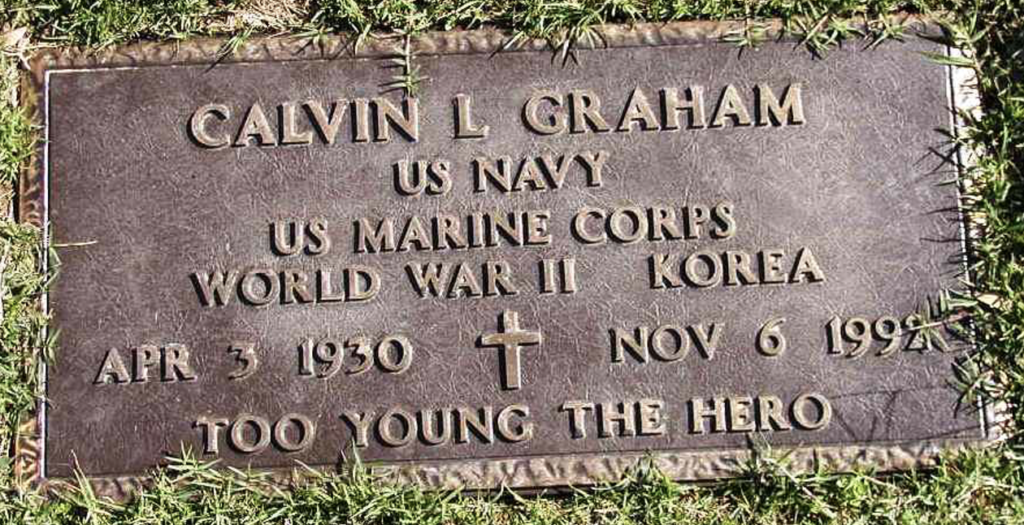 His efforts got nowhere until 1977, when US Senators Lloyd Bentsen and John Tower took up the cause. The following year, President Jimmy Carter approved the converted discharge and restored all his medals but the Purple Heart.

Calvin’s story reached a national stage in 1988 when CBS released the made-for-TV movie, Too Young the Hero starring Rick Schroder as Calvin. The movie brought in a little money for Calvin before his death in 1992 at age 62.