Captured Vietcong and NVA Flags Might Not Be What They Seem

Captured Vietcong and NVA Flags Might Not Be What They Seem

In the wake of our conversation about returning Japanese WWII flags to families in Japan, Vietnam veteran Jim Roberts casually mentioned he used hoax souvenir flags for bartering with unsuspected GIs. Jim wrote about this in his book, MAT 111, Dong Xaoi, Vietnam, 1971.

Jim spent a year in Vietnam as part of a five-man Mobile Advisory Teams (MAT) advising local militias—Regional Forces (RF) and Popular Forces (PF) on fighting the Viet Cong and NVA. For Jim, it was a lonely war, far from US and ARVN units, and far also from the supplies that made fighting, even living, possible. 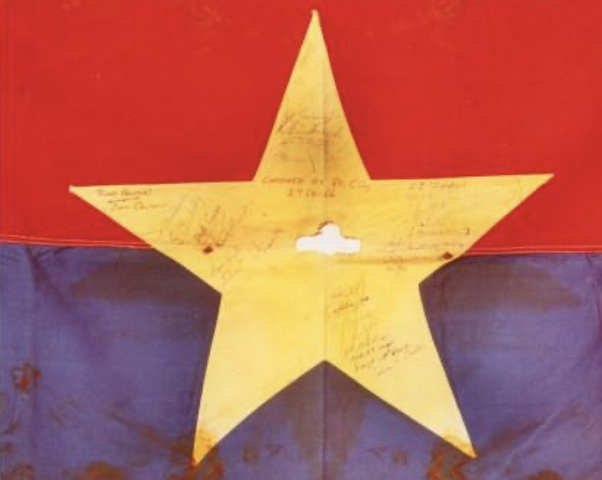 Below, Jim describes how the flag fakeries helped his MAT 111 acquire material support (edited for clarity).

And important part of the MAT teams’ work with RF and PF was that of liaison between these units and American units for any help that could be acquired when it was available. This included helicopter and artillery support. The RF companies and PF platoons were at the far end of the ARVN supply lines, and material support could be scarce. MAT team sergeants helped fill these gaps by making scrounging and trading runs to American units and, on rare occasion, committing theft.

Viet Cong battle flags complete with bullet holes and blood (often sewn by women in the villages, sprinkled with chicken blood, and shot at by local soldiers) and Montagnard cross bows were good trading stock. Vietnamese and Montagnard villagers were more than willing to make these items and sell them to us. 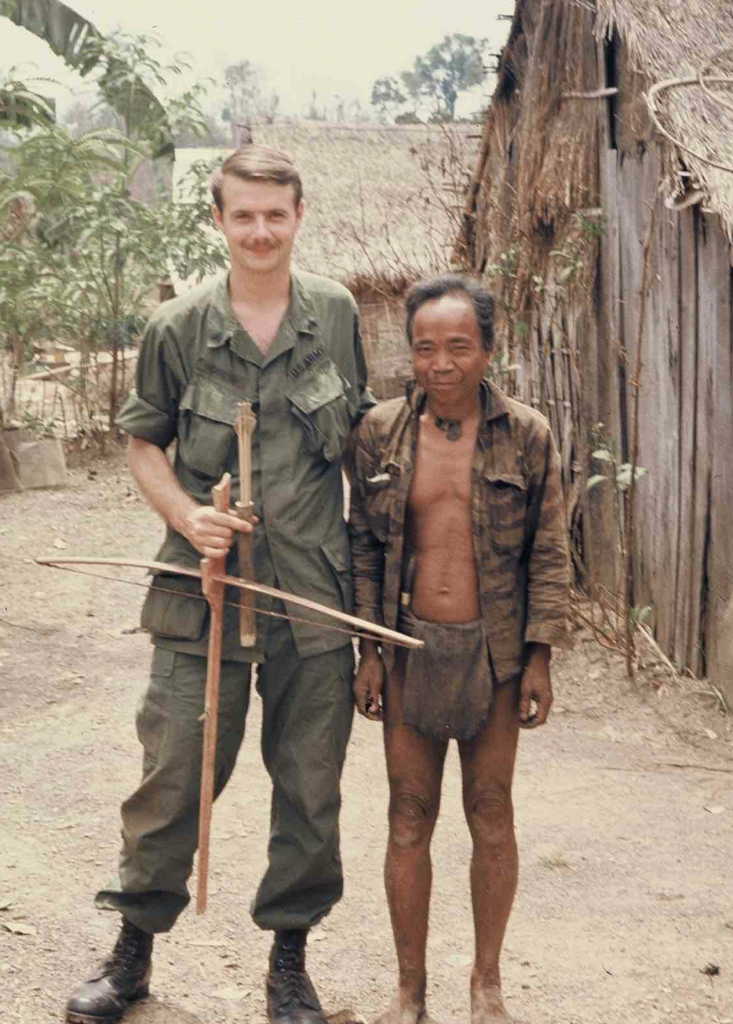 So, if you’re tempted to buy that vintage VC or NVA battle flag, keep in mind those blood stains might have come from a chicken. And that flag might have bought an isolated MAT team an extra radio battery, some electrical cable, or a few cases of beer.