Cher Ami, the Pigeon that Saved the “Lost Battalion” of WWI 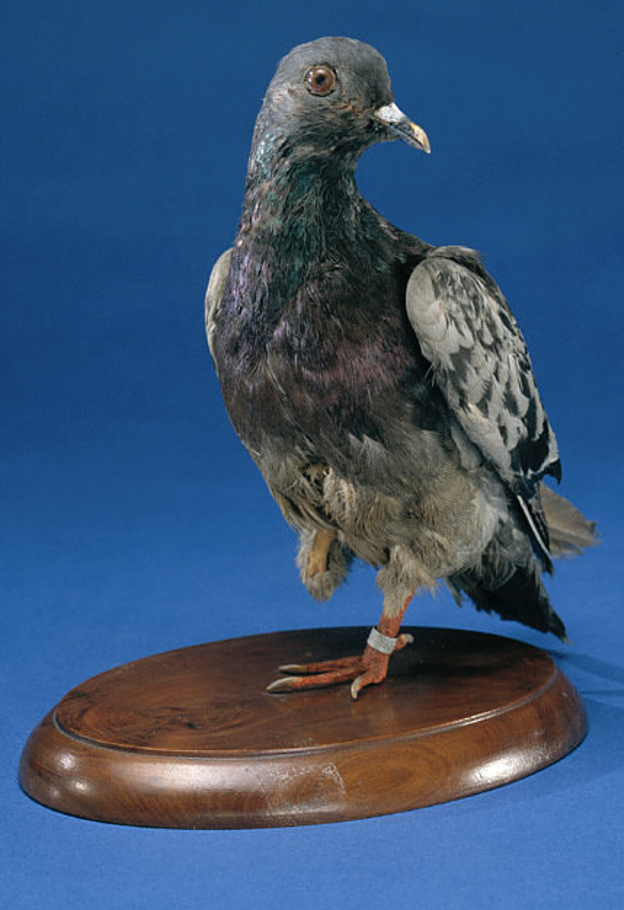 The most famous stuffed pigeon in history has one leg, one eye and resides at the Smithsonian Institution, an artifact of the famous “Lost Battalion” saga that took place 103 years ago this week. On October 2, 1918, 554 men of the 77th Infantry Division found themselves trapped in a narrow ravine deep in the Argonne Forest of northeastern France. Surrounded by thousands of German troops and pummeled by sniper, machine gun, and artillery fire, this “Lost Battalion” ran out of food, water, and medical supplies. Friendly fire rained down, killing 30 of the men and wounding 80 others.

Desperate for relief, Major Charles Whittlesey, commander of the Lost Battalion, turned to an ancient method of battlefield communication, the carrier pigeon.

The Army Signal Corps had 600 pigeons in France, many gifts of British hobbyists, who’d trained the birds to return home when released many miles away. Not as efficient as radio or telegraph, pigeons had the virtue of being wireless, and thus not susceptible to severing by the enemy. They could fly fifty miles an hour and carry messages in specially designed leg canisters, backpacks, and chestpacks. Because of their small size and swift speed, they could be difficult targets, and German snipers and machine gunners trained long hours to shoot them down.

Major Whittlesey had three pigeons with him. He prepared a message–“Many wounded. We cannot evacuate”—and released the first bird. German machine guns shot it down. A second pigeon was dispatched: “Men are suffering. Can support be sent?” That one, too, fell from the sky.

Whittlesey then called forth his final bird: a British-raised Black Check pigeon named Cher Ami—French for “Dear Friend.” He composed a message for the bird’s leg canister:

“We are along the road parallel to 276.4. Our own artillery is dropping a barrage directly on us. For heaven’s sake, stop it.” 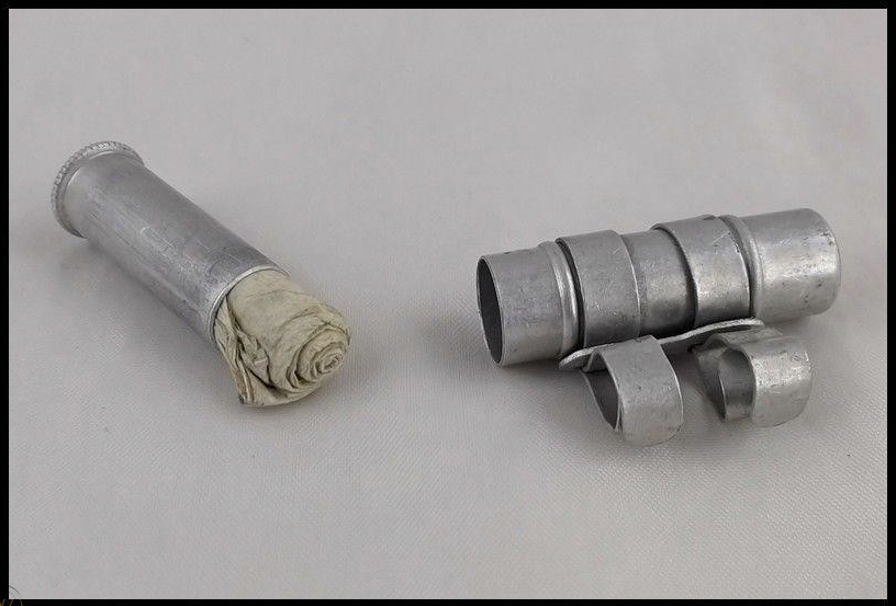 Cher Ami was a feathered veteran of twelve previous missions at Verdun, no stranger to enemy fire. He took off from the ravine and was immediately downed by a bullet or shrapnel that took off Cher Ami’s right leg and sliced open his chest. The bird fluttered helplessly to the ground, as the previous two had.

Seconds later, several soldiers noticed something rising up from the ravine. Defying his wound, Cher Ami was again airborne and headed for the command post 25 miles to the rear.

The leg hadn’t been completely severed, and it hung lifelessly by a tendon, with the message canister still attached. Braving fire over a 30 minute flight, Cher Ami landed at the post and delivered the message. 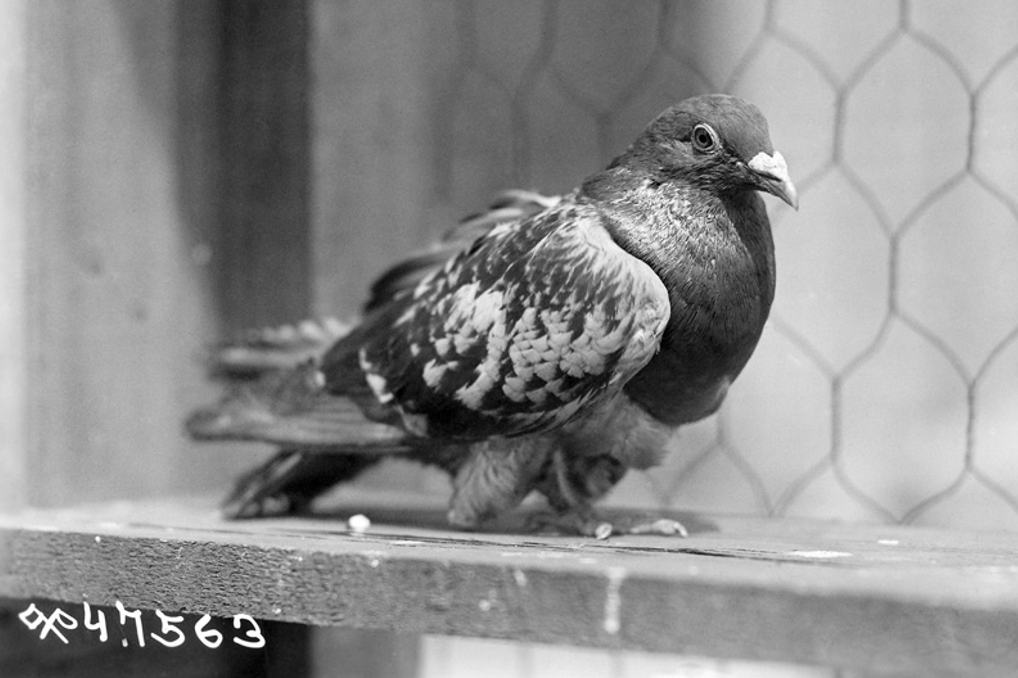 Cher Ami, back home in New Jersey after the war, in April 1919 (National Archives)

He was bleeding badly, and had lost an eye, as well as the leg, but the successful mission stopped the friendly fire and redirected American artillery to the besieging enemy. The Lost Battalion’s fortunes turned, and on October 8, 194 men out of the original 554 made it back to the relative safety of American lines.

Cher Ami survived emergency surgery and within days was well enough to receive France’s Croix de Guerre for military valor. American Expeditionary Force commander General John “Blackjack” Pershing himself said, “There isn’t anything the United States can do too much for this bird.”

Pershing was there to wish Cher Ami a safe voyage back home. Among the bird’s possessions was a little wooden leg members of the Lost Battalion had crafted for him. He served out the remainder of his enlistment at Fort Monmouth, New Jersey, where he died on June 13, 1919.

The Signal Corps donated the dead pigeon to the Smithsonian, which hired a taxidermist and put the stuffed bird on display at its museum in June 1921.

Postscript: As I wrote this post, I noticed in comments at the Smithsonian’s website that there was some question about Cher Ami’s sex. It appeared from Army records that he might have been a she. Just this past summer, the Smithsonian conducted DNA analysis of the stuffed bird and determined that Cher Ami was male, after all. 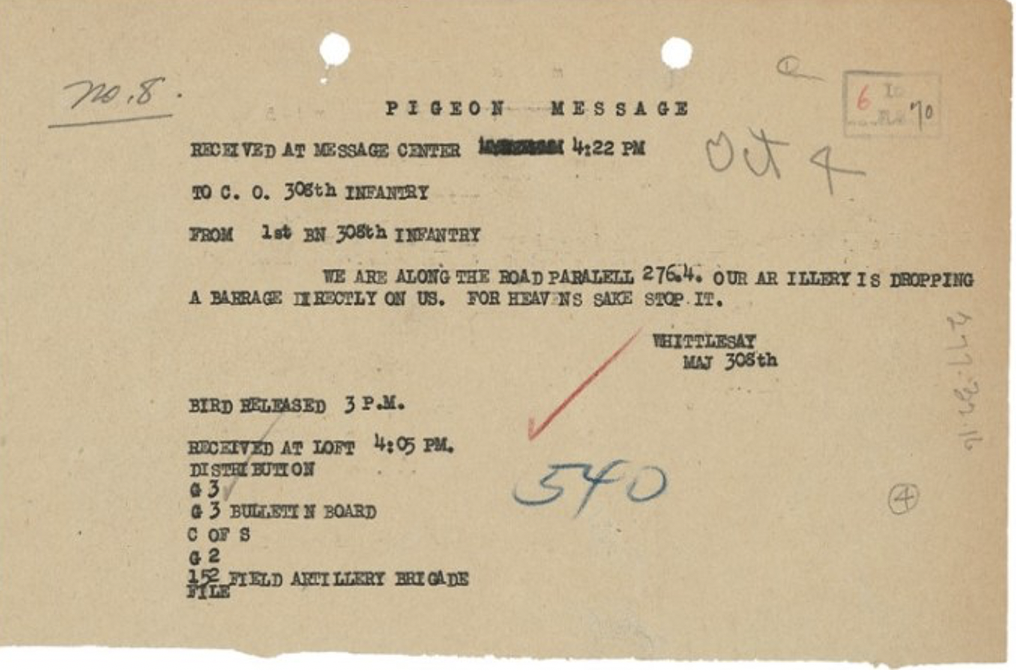