Red Cross Donut Dollies: Vietnam Vets Love Them . . . WWII Vets, Not So Much

Red Cross Donut Dollies: Vietnam Vets Love Them . . . WWII Vets, Not So Much 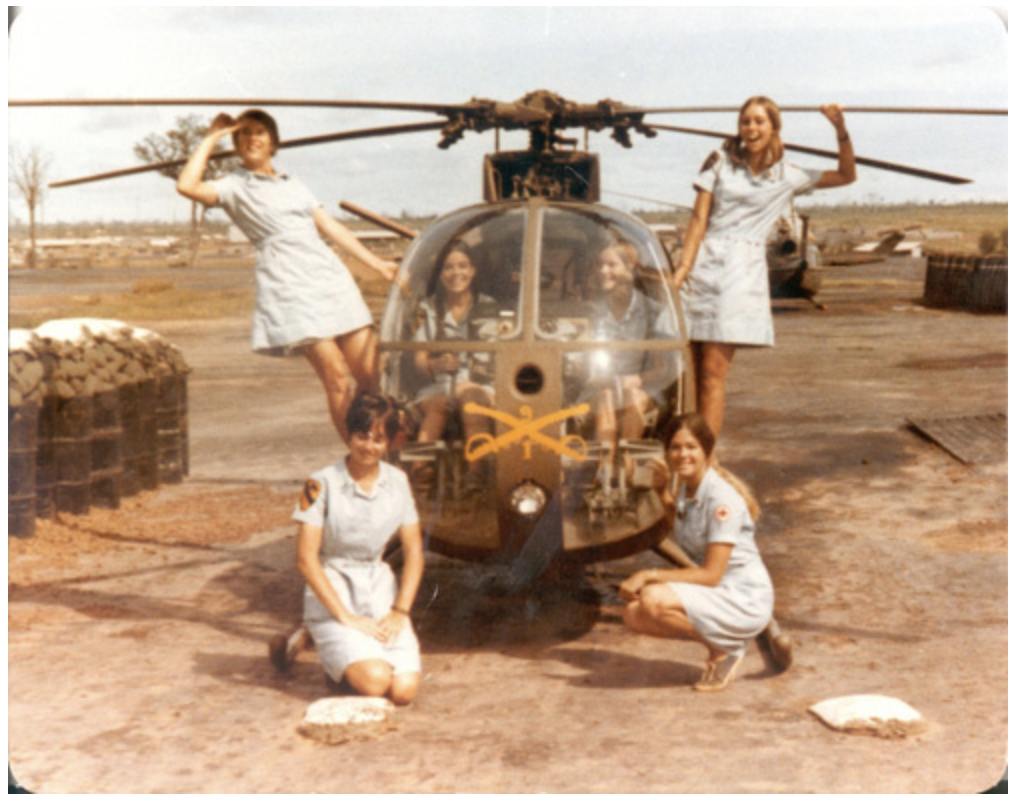 I’ve decided my favorite branch of service are the Donut Dollies, nickname for the American Red Cross’s Supplemental Recreational Activities Overseas staff or SRAO. Red Cross SRAO civilian volunteers served in World War II, Korea, and Vietnam before the program was terminated in 1972. They brought entertainment, cups of coffee, doughnuts (though not in hot, humid Vietnam), and a morale boost to servicemen overseas. We had two events this month with Donut Dollie veterans (you can view them here and here), and the energy and eloquence they brought to our conversation were inspiring. Our Vietnam veterans have only fond memories of the 627 young women Dollies who, clad in light-blue, flew around in hueys and jeeps to remote firebases and installations to play games, sing, and simply talk with soldiers, sailors, Marines, and airmen who needed a lift.

WWII veterans, however, often still carry a grudge they have about the Dollies and the Red Cross generally. The bad feelings come mainly from the policy–foisted on the Red Cross by the War Department–of charging GIs for food, coffee, and other services. Coupled with false rumors of Red Cross profiteering, this policy (which came suddenly in March 1942) put a big dent in the organization’s reputation for decades to come. There’s one former Donut Dollie who carried with her a roll of nickels so she could repay any vet she heard complain about the money they spent on doughnuts in WWII. The Army later apologized for the policy, but the damage done during the war is an object lesson in how small missteps can have big longterm public relations consequences.

On our Donut Dollie program last week, I asked D-Day veteran Warren Goss if he ever had a Red Cross doughnut in WWII. He answered, “only when I would steal them.”