Five Things You Should Know about July 4th, Independence Day

Our nation’s July 4th birthday has a fascinating history that runs deeper than backyard barbeques and gaudy fireworks. Here are Five Things You Should Know About July 4th Independence Day.

1. Independence Day should be July 2nd

That’s the day the Continental Congress voted to separate from the British Empire. When John Adams wrote excitedly to Abigail that the day “will be celebrated, by succeeding Generations, as the great anniversary Festival…It ought to be solemnized with Pomp and Parade, with Shews, Games, Sports, Guns, Bells, Bonfires and Illuminations from one End of this Continent to the other from this Time forward forever more,” he was talking about July 2nd. July 4th is when Congress approved the final wording of the Declaration of Independence. The big “July 4, 1776” inscribed in the document’s header led people to believe that’s when Congress voted.

2. Thomas Jefferson authored the Declaration of Independence, but Timothy Matlack engrossed it. Thomas Jefferson authored the Declaration’s words, but when it came to creating the physical document, the Continental Congress turned to the person with the best penmanship, Timothy Matlack. Matlack was a Philadelphia brewer and beer bottler with a reputation for drinking, gambling, and radical political views that included a fierce hatred of slavery. But Matlack happened to be an expert in Copperplate Script, the fancy cursive style used in official circles throughout the British Empire. He dipped a goose feather quill in iron gall ink and engrossed Jefferson’s famous words on a 30” X 24” piece of sheepskin parchment.

3. Jefferson was furious over the Continental Congress’s revisions to the Declaration

Jefferson presented his initial draft of the Declaration to the Continental Congress on June 28. It didn’t go over too well. Congress liked the idea of independence, but not Jefferson’s explanation of why it was justified.

After a week of debate and revision, Congress agreed to 39 changes to Jefferson’s text. The biggest was the deletion of these 168 words condemning King George III for American slavery:

He has waged cruel war against human nature itself, violating its most sacred rights of life and liberty in the persons of a distant people who never offended him, captivating & carrying them into slavery in another hemisphere or to incur miserable death in their transportation thither.  This piratical warfare, the opprobrium of infidel powers, is the warfare of the Christian King of Great Britain.  Determined to keep open a market where Men should be bought & sold, he has prostituted his negative for suppressing every legislative attempt to prohibit or restrain this execrable commerce.  And that this assemblage of horrors might want no fact of distinguished die, he is now exciting those very people to rise in arms among us, and to purchase that liberty of which he has deprived them, by murdering the people on whom he has obtruded them: thus paying off former crimes committed again the Liberties of one people, with crimes which he urges them to commit against the lives of another.

Jefferson was angry about Congress’s deletion of this passage and printed his own original version to distribute. He would later blame delegates from South Carolina and Georgia, along with merchants in the North, for watering down his condemnation of slavery. 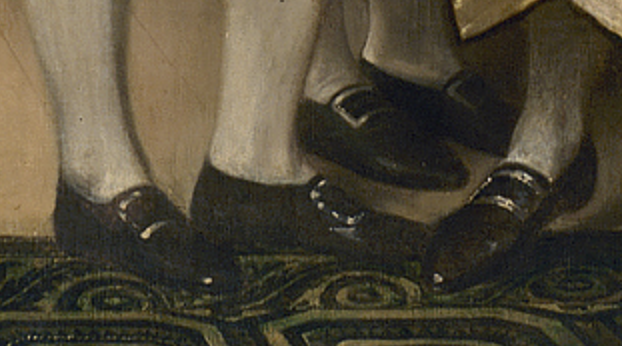 Thomas Jefferson was a brilliant man who, if he had felt free to pursue any profession he wanted, might have become the world’s leading mathematician. But he got one thing badly wrong. Toward the end of his life, he swore he remembered the Founding Fathers gathering on July 4, 1776 in Independence Hall to sign the Declaration of Independence. But that signing never took place. The Declaration remained unsigned until August 2 when John Hancock and others put their pens to vellum. A few signed in November. The last of the 56 signatures may not have been added until early 1777.

John Trumbull’s famous 1819 painting Declaration of Independence depicts not July 4, nor the signing, but rather the presentation of Jefferson’s first draft to Congress on June 28. Though Jefferson delivered the draft solo, the painting depects the entire five-man drafting committee in the foreground and 42 of the 56 signers in the background. He couldn’t find likenesses for 14 delegates, so he left them out of the painting. Zoom in on Jefferson’s right foot. It looks like he’s stepping on John Adams’ shoe.

5. July 4th wasn’t celebrated much in the early years For the first 40 years after the Declaration of Independence, Americans didn’t celebrate it or July 4th much. The nation was too new, and there was too much else going on: bitter partisan conflict, Shay’s Rebellion, the Whiskey Rebellion, contested elections, and the Quasi-War with France. Followers of Jefferson admired the Declaration and its emphasis on human equality. But opposing Federalists, led by Alexander Hamilton and John Adams, considered the Declaration too radical and too unflattering of the British, with whom the Federalists wished to draw close.

The War of 1812 destroyed the Federalist party, leading to the Era of Good Feelings and a resurgence of national unity. Then came the 50th anniversary of the American Revolution. People began to venerate the founding generation. And when John Adams and Thomas Jefferson both died on July 4, 1826, it seemed like a sign from heaven that the Declaration of Independence was an inspired document. We’ve been celebrating July 4th ever since.

May your day be filled with Pomp and Parade!