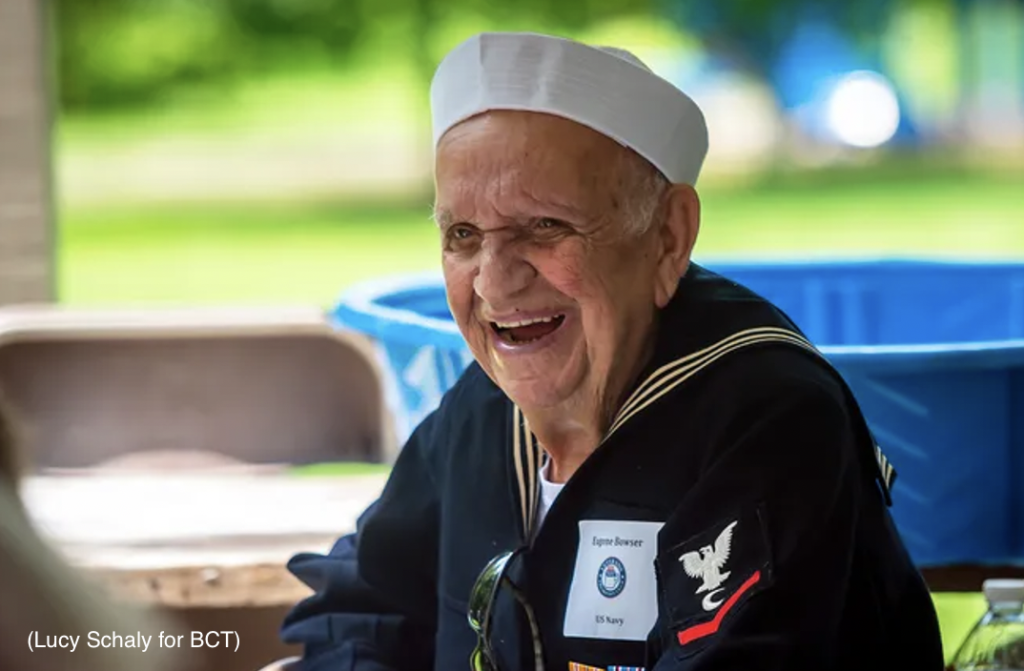 The Beaver County Times captured a great shot of Gene Bowser in his WWII Navy jumper at our picnic last week, the VBC’s first in-person event since the pandemic. Gene, who turns 95 this month, talked about serving on the USS Bremerton (CA-130) as a “Jack O’ [of] the Dust.” What the heck is a “Jack O’ the Dust”? Another one of those fascinating and obscure Navy slang terms that fell into obsolescence over a century ago, but managed to survive in World War II. 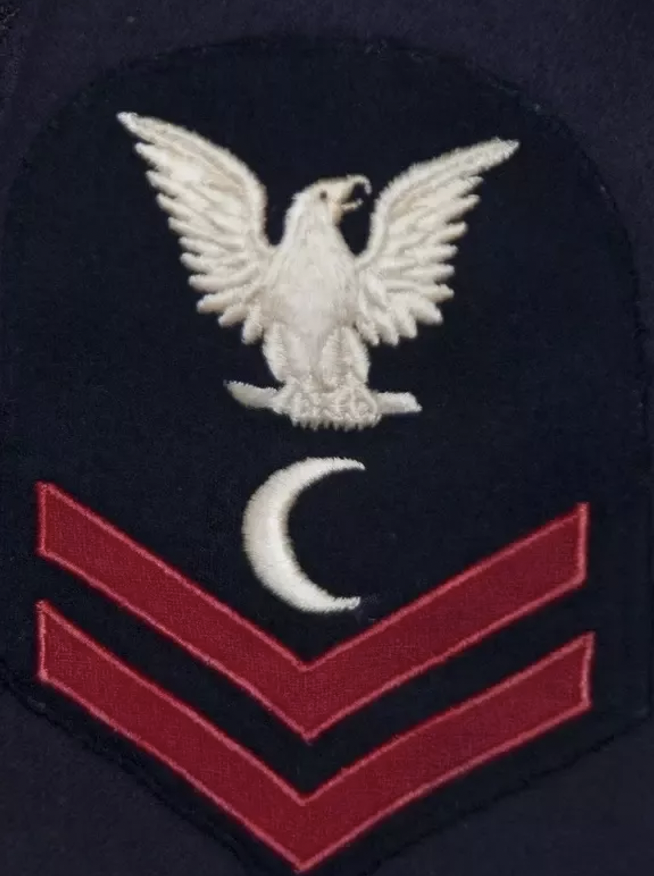 The term “Jack of the Dust” goes way back to the Royal Navy and was actually an official rating for a cook’s assistant in charge of securing mess provisions.

According to Wikipedia, the term came from “the dusty atmosphere in the bread storeroom (created by issuing quantities of flour and dried biscuit.” You can also imagine the term referring to “dry goods,” that is, goods supplied in bulk that don’t contain liquid.

“Jack of the Dust” was an official rating in the U.S. Navy from 1876-1893. It signified a store keeper aboard ship. In WWII, Old Salts still used the slang to refer to people like Gene. 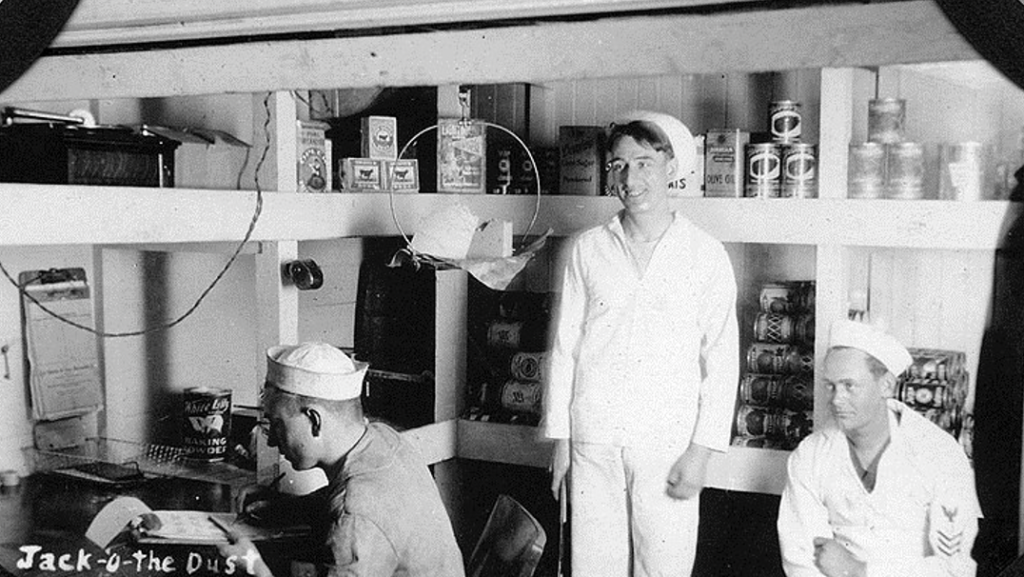 Over 1,000 “men and officers” (as they say in the Navy) served aboard the heavy-cruiser Bremerton. Gene had to feed them for 68-cents per man, per day. It was a big job for an 19-year-old, and Gene beams with pride as he recalls his service in 1945.