Skip to content
Henry Link, the Man Who (May Have) Trained President George H.W. Bush to Fly

Henry Link, the Man Who (May Have) Trained President George H.W. Bush to Fly 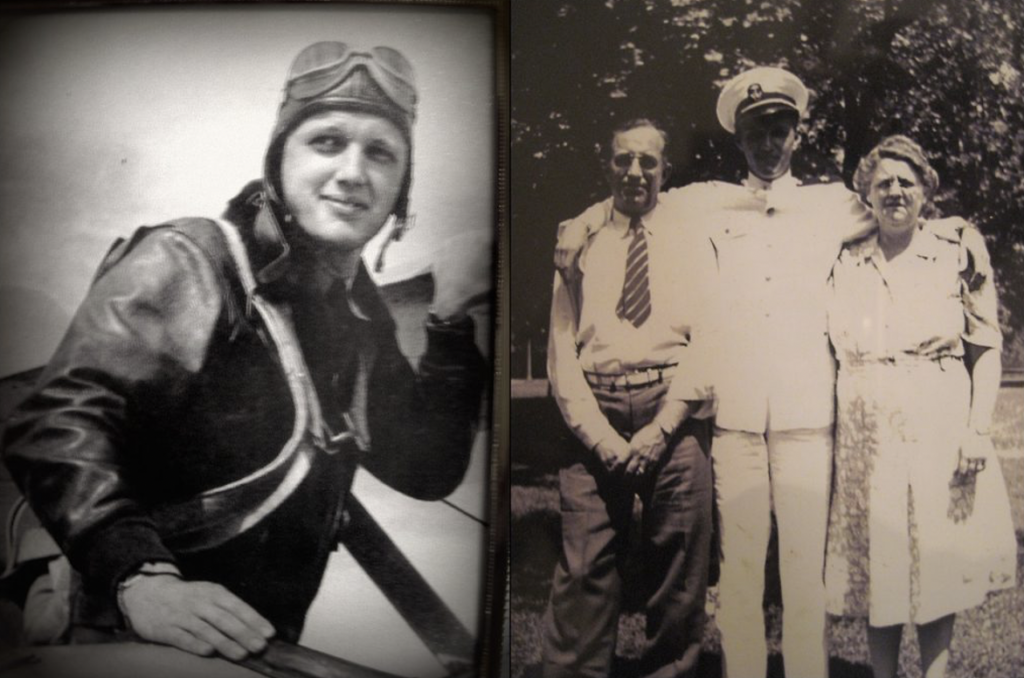 Almost two years after she moved from Pittsburgh to Franklin, Tennessee, Jean Link has joined us again for our Veterans Breakfast Club events, this time on Zoom!

Seeing Jean reminded me of her wonderful late husband, Henry, who served as a flight instructor at Naval Air Station Corpus Christi in World War II. Henry recalls one of his trainees being an 18-year-old cadet who would become the youngest aviator in Navy history, George Herbert Walker Bush.

Henry Link took flying lessons as a teenager in the Great Depression near his home in the Banksville neighborhood of Pittsburgh. In 1941, he joined the Navy, expecting to fly combat missions. To his disappointment, he remained to train other navy air crews.

Henry seemed to recall a certain 18-year-old cadet from Connecticut, George Herbert Walker Bush. The future 41st president of the United States received his commission at Corpus Christi on June 9, 1943, making him the youngest naval aviator in history.

After Henry passed, Jean decided to follow up with the former President to see if the elder Bush remembered Henry. The President responded with the brief, gracious, genuine letter below. 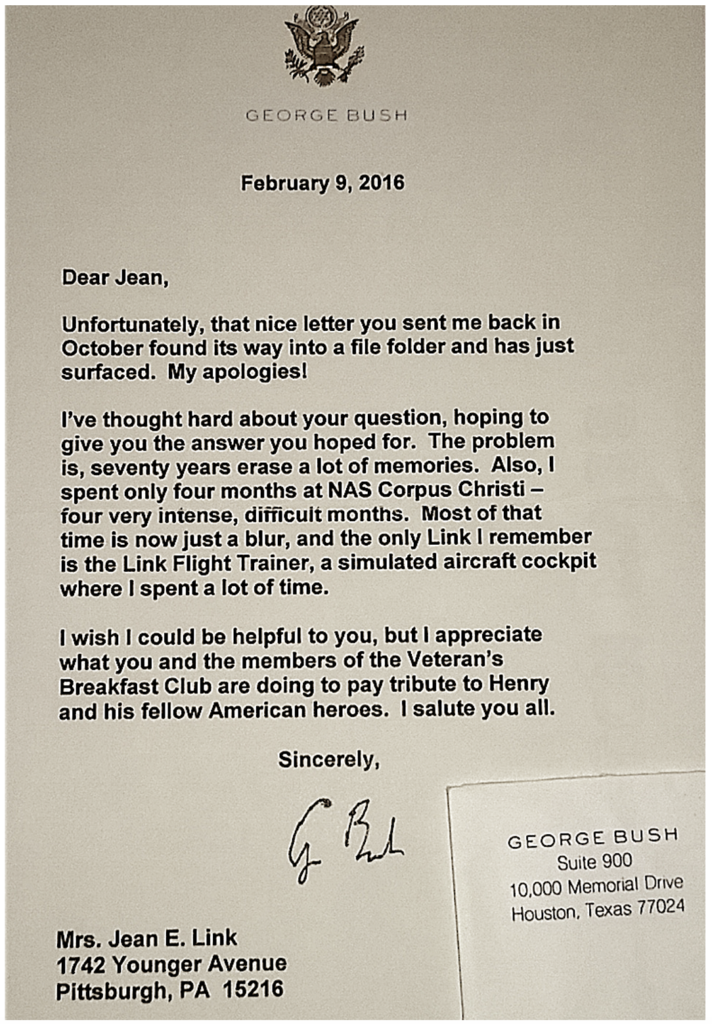 Back when he attended our programs, Henry showed reserve in telling his story because he was never put in harm’s way during the war, but spent five years training others who were. At a special event at Soldiers & Sailors Memorial Hall & Museum, we convinced him to stand in front of our camera for just a moment to discuss his contribution to the war effort.

Though he suffered from dementia, Henry’s spirits and energy shine through in his two-minute interview, as does his vivid memory of those days in World War II. 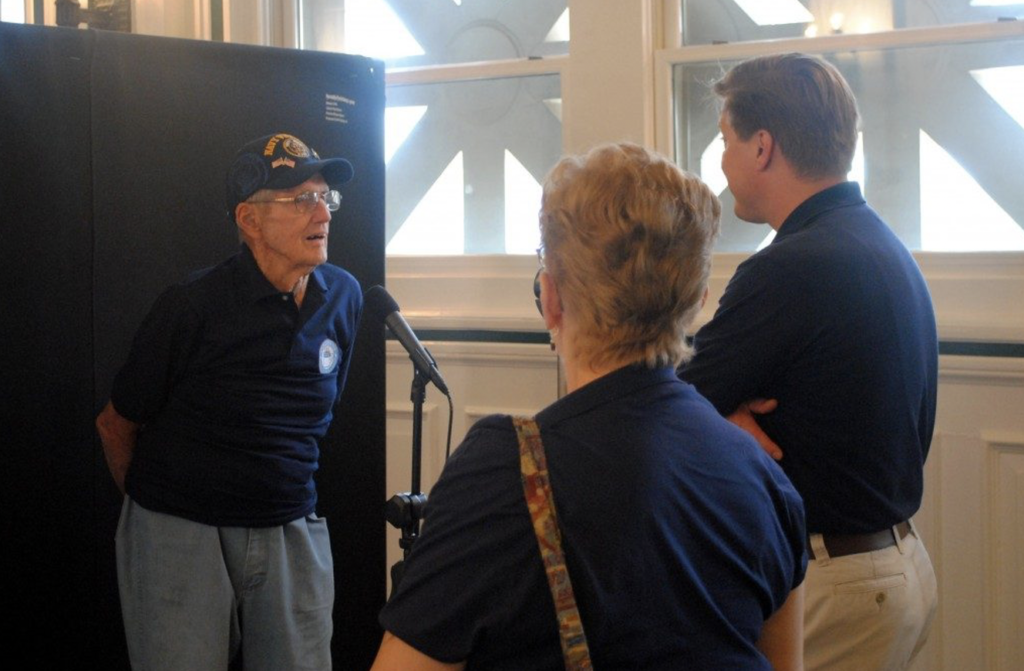 Henry Link: In My Own Words from Veterans Breakfast Club on Vimeo.