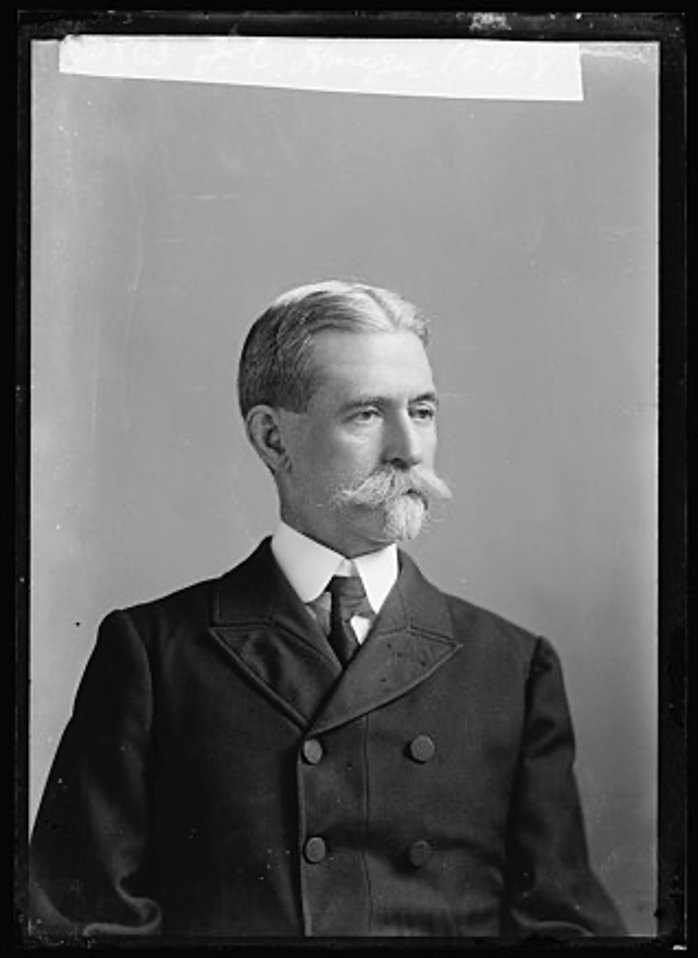 The first amputation of the Civil War came at the hands of a 16th Ohio Volunteer Infantry Regimental Surgeon who removed the leg of an 18-year-old college student from the Shenandoah Valley named James E. Hanger. The operation was conducted in a private home on June 3, 1861, in the western Virginia town of Philippi. Hanger had left Washington College (now Washington and Lee College) to join a local cavalry unit in Philippi. Union soldiers from Ohio surprised the Confederates in early morning with two blasts of canister shot from cannon. Hanger ran into the stable for his horse and was hit by the third volley, this time of solid six-pounders. One cannonball tore through the stable, ricocheted off a door post, and struck Hanger’s left leg above the knee.

With the leg hanging by skin, Hanger crawled to a hayloft to hide from the Yankees. Soldiers quickly discovered him and carried him to Dr. James Robinson, a native of Wooster, Ohio. With a saw and chloroform, Robinson saved Hanger’s life by removing his left leg seven inches below the hip. It was the first of an estimated 50,000 amputations performed during the Civil War.

Hanger convalesced as a POW until August, when he was swapped in a prisoner exchange. Returning home to Churchville, Virginia, Hanger used his crude peg leg to hobble upstairs to a dark bedroom. He was just 18 years old, and his life was over.

“No one can know what such a loss means unless he has suffered a similar catastrophe,” he later explained. “In the twinkling of an eye, life’s fondest hopes seemed dead. What could the world hold for a maimed, crippled man?” 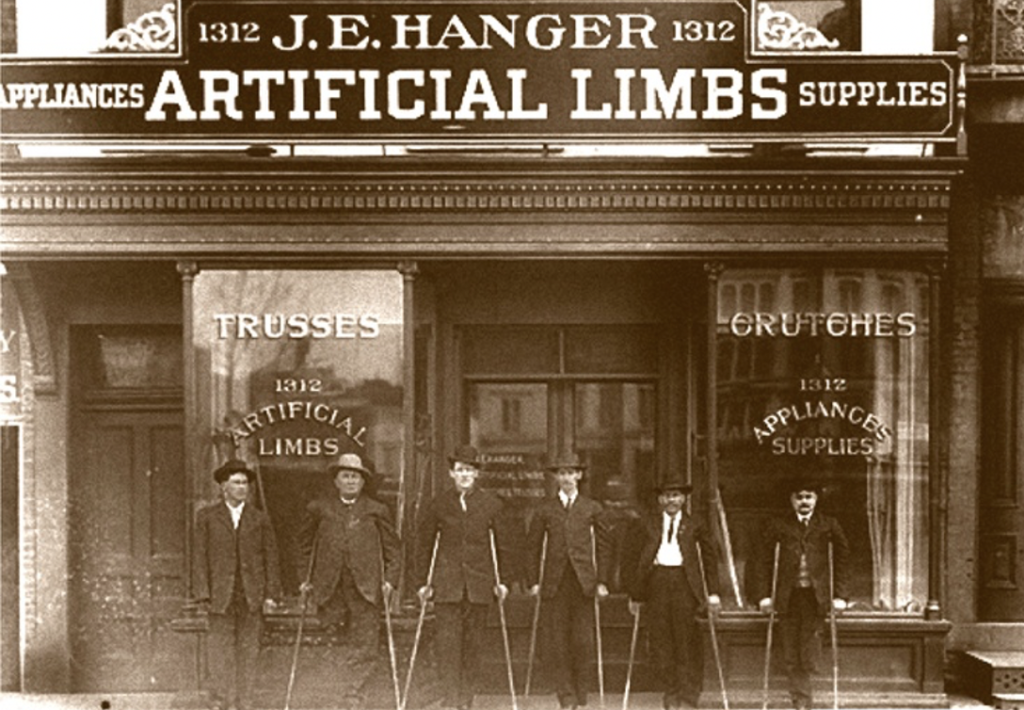 Secluded upstairs, Hanger entertained a modest ambition to improve his lot a bit by upgrading his peg leg. He began to design the leg he wanted, then adding little features, here and there. He wanted it to be comfortable, easy to take on and off, and, of course, useful in walking as naturally as possible.

Descending from the bedroom, Hanger collected oak barrel staves and metal straps, rubber bumpers and nails, and crafted a more life-like limb to replace the crude peg he’d been using. He tinkered further, adding hinges and joints. By fall, he had articulating knee and ankle joints, the first of their kinds. He called it “The Hanger Limb” and began selling them out of his brother’s store in nearby Staunton, Virginia. Sadly, in the wake of Bull Run, there was no shortage of customers. 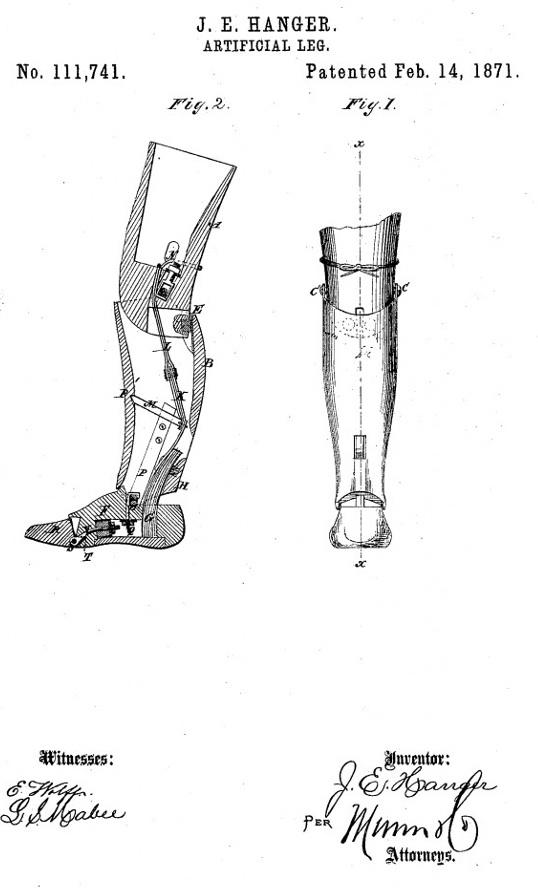 In 1863, at age 20, Hanger patented his leg with the Confederate States Patent Office and contracted with the Association for the Relief of Maimed Soldiers in Richmond to produce above-the-knee Hanger Limbs for $200 each. After the surrender at Appomattox, Hanger opened a shop in Richmond, where he secured a big contract with Virginia to supply the state’s wounded veterans with prosthetic legs.

Hanger kept on tweaking and improving his device, which by the 1880s became the world’s most desired artificial leg. It was lightweight, comfortable, well-functioning, and didn’t cost a fortune. His sons joined the business and helped expand it throughout the United States. J.E. Hanger, Inc., invented and marketed a range of limbs, wheelchairs, beds, and other devices for the disabled. As the killing fields of World War I got active, James E. Hanger, now 72 years old, traveled to Europe to help wounded French and British soldiers regain their mobility. Hanger would die in 1919, just after the Great War had produced another generation of men in need of artificial limbs. 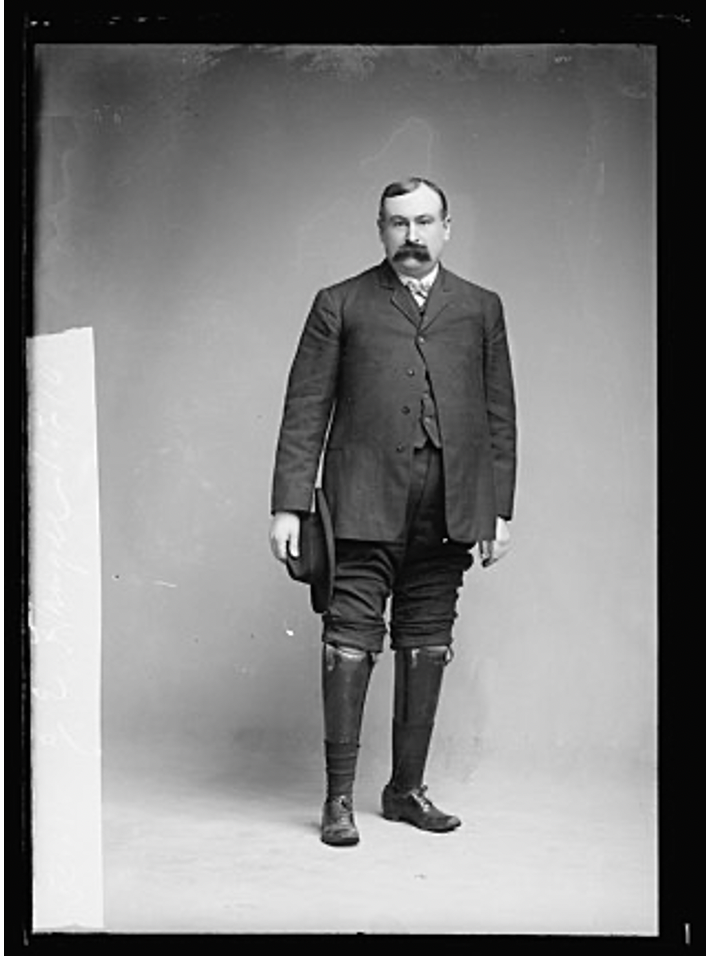 Reflecting on his life, Hanger expressed the kind of wisdom we hear in so many of our veterans, the kind only gained through time and struggle. His worst day, June 3, 1861, now appeared to be his best, the catastrophic moment that inspired the ingenuity which would benefit the world.

“Today,” he said, “I am thankful for what seemed then to me nothing but a blunder of fate, but which was to prove instead a great opportunity.” 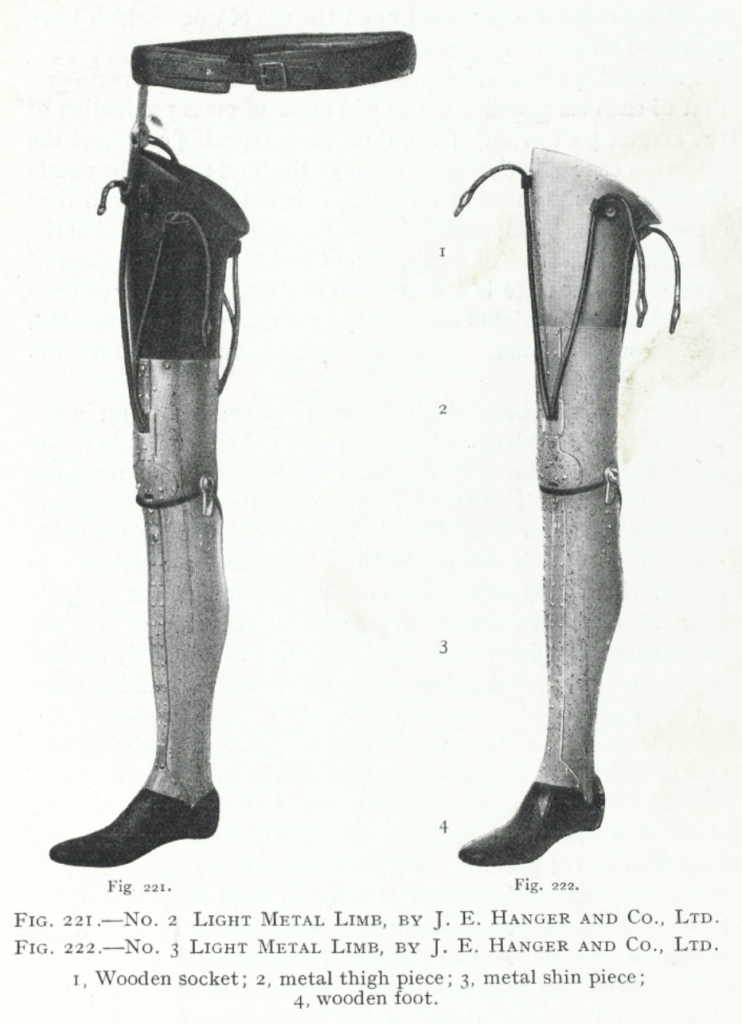 J.E. Hanger, Inc., lives on as part of Hanger Prosthetics & Orthotics, which supplies more prosthetics than any other company in the world. The amazing advances in artificial limbs we’ve seen since the wars in Iraq and Afghanistan all build upon James E. Hanger’s innovations and continue to assist our wounded warriors to regain their mobility.