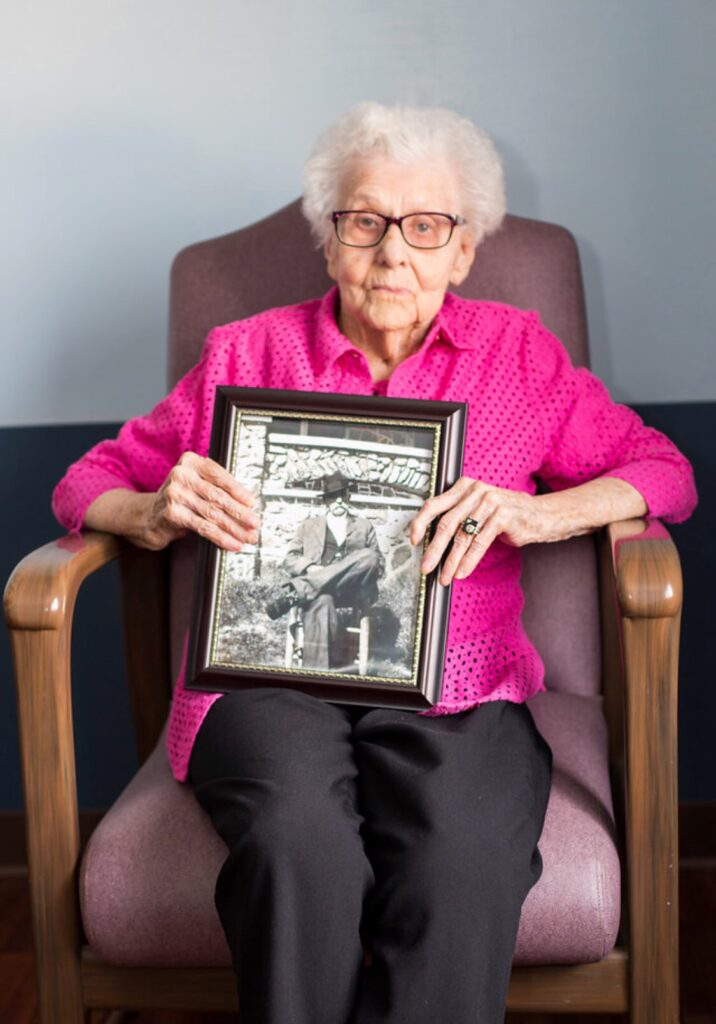 Helen Jackson sits with portrait of her husband, a Civil War Veteran. Image from cherryblossomfest.com

Until three years ago, no one knew that Helen Viola Jackson, who died in December at age 101, had been married to a Civil War veteran. That’s because she never told anyone.

Back in 1936, at age 17, she married 93-year-old James Bolin, who had served on the side of the Union in the 14th Missouri Cavalry. She had been helping Bolin with his chores. To pay her back, Bolin offered to marry her. That way, Helen could inherit Bolin’s Civil War pension when he died. It was the Great Depression in the Ozarks. The $73.13 a month represented a small fortune.

Helen accepted the offer, and the couple quietly married. She never told her family and continued to live on her parents’ farm. When Bolin died in 1939, her daughters from a prior marriage threatened to ruin Helen’s reputation if she applied for the pension. So, Helen never did. She kept quiet about the marriage and never remarried.

As she explained in an oral history in 2018, she feared not only for her reputation, but for Bolin’s. “I had great respect for Mr Bolin, and I did not want him to be hurt by the scorn of wagging tongues,” she said.

Helen’s secret past haunted her. Only in 2017, when Helen began preparing her own funeral arrangements, did she let it slip. She was talking with her pastor, Nicholas Inman, and revealed she’d been married to a Union veteran.

“I said, ‘What? Back up about that. What do you mean he was in the civil war?”’ Inman recalled.

The pastor realized that Helen was the only surviving Civil War widow. Before that moment, Maudie Hopkins, who died in 2008, was believed to be the last.

After Helen revealed the secret, her shame became a source of pride. Civil War heritage organizations verified her story and began honoring her place in history. She spoke to schoolchildren and relished the cards and letters she received.

“It was sort of a healing process for Helen: that something she thought would be kind of a scarlet letter would be celebrated in her later years,” said Inman.