We here at the VBC love Popeye, one of the few cartoon characters to serve in three branches of service (Merchant Marine, Coast Guard, and Navy).

In Popeye’s comic debut, two of Segar’s established characters, Castor Oyl (Olive’s brother) and Ham Gravy (Olive’s boyfriend), scour the docks looking for a sailor to take them fortune-hunting to Dice Island. They choose Popeye, and history is made. 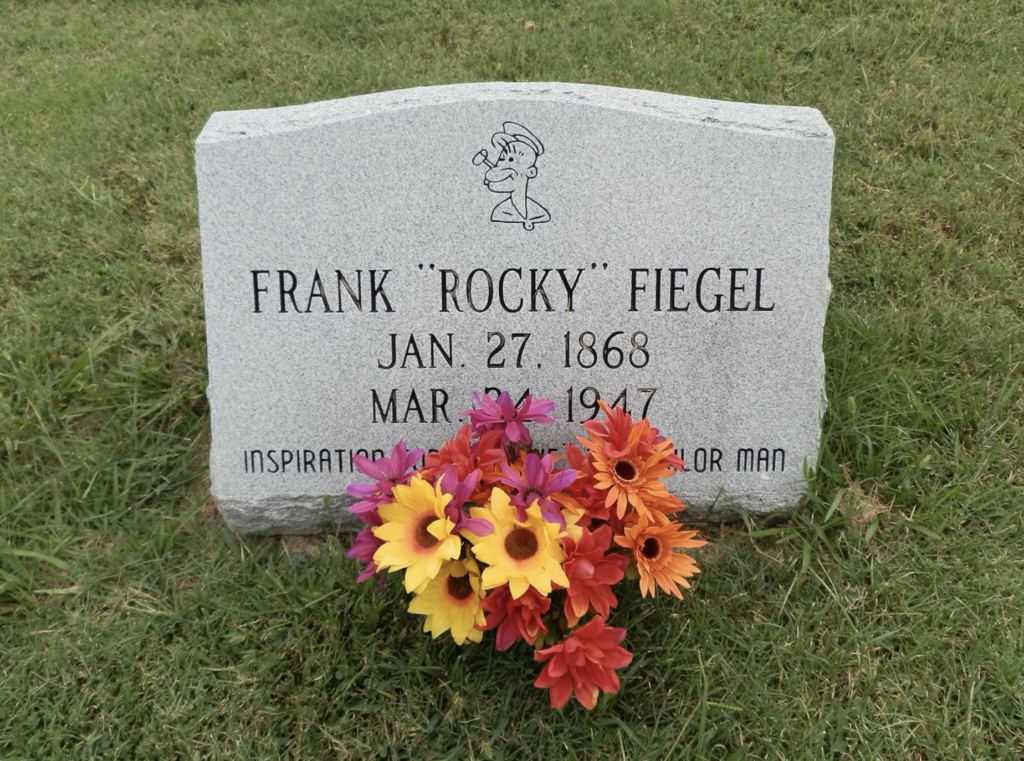 Segar’s real-life inspiration for Popeye wasn’t a sailor, but rather a local eccentric named Frank “Rocky” Fiegel (1868-1947). Rocky was a fixture of Segar’s youth in the Mississippi River town of Chester, Illinois. With his damaged eye, jutting chin, ubiquitous pipe, and penchant for fighting, Rocky fit the profile. Like Segal, Rocky was Jewish. Rocky had immigrated from Poland with his mother, with whom he lived while working part-time as handyman at Weibusch’s Tavern. One can imagine the scene, described by a neighbor, of the town’s kids pranking the quick-tempered Rocky as he relaxed after work.

“They would creep near, yell loudly, and run. Rocky would awaken with a start and jump out of his chair, arms flailing, ready for a fight. But alas, there would be no opponent. The children would be a block away by that time.”

After Popeye made him rich, Elzie sent Rocky occasional checks, perhaps as penance.  But Rocky reportedly never knew he was the inspiration for the comic character until after Elzie Segar’s sudden death from leukemia in 1938. Rocky Fiegal would die nine years later at age 79. 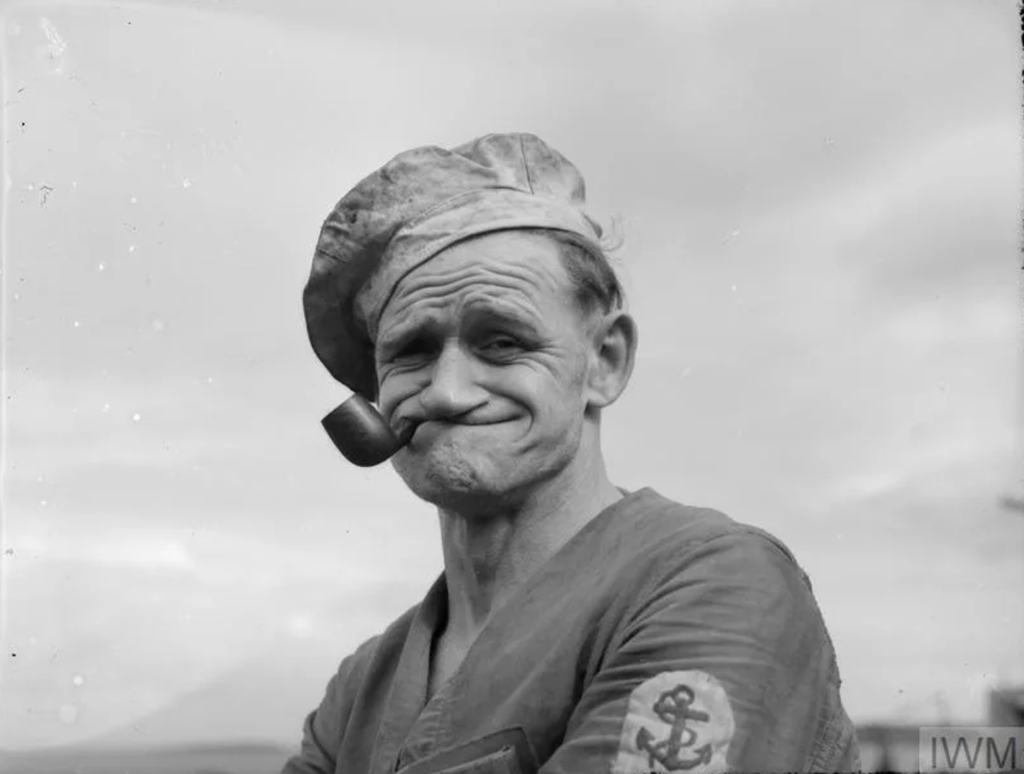 You might sometimes see a photo of this sailor tagged as Rocky Fiegal. In fact, this photo, taken aboard the HMS Rodney in September 1940, is of a “A Leading Stoker nicknamed ‘Popeye’.”  This sailor is impersonating Popeye, not the inspiration for him.

You can read a full article on Feigal’s relationship to Popeye in this newspaper clipping from the Southern Illinoisan (Carbondale) from April 8, 1979.