“Death, like a great eagle, flew over Vietnam and picked out its prey. What a waste.” 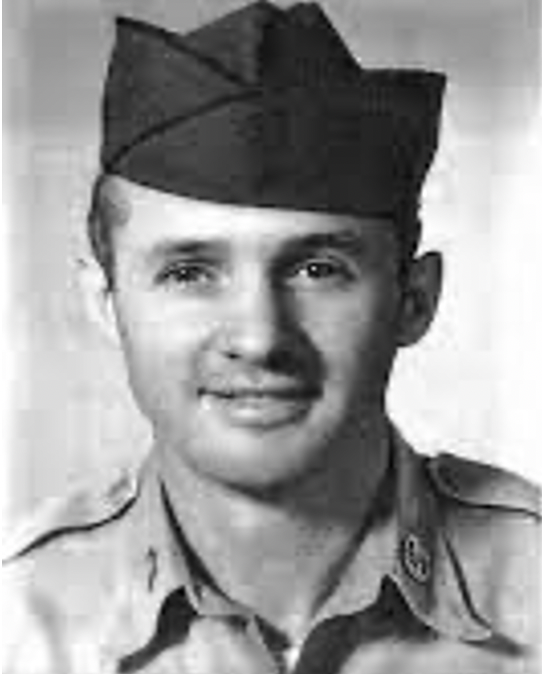 Nineteen years later, on the morning of April 29, 1975, the final two would be added to the Vietnam War’s death roll. Twenty-one-year old Marine Corporal Charles McMahon and 19-year-old Lance Corporal (and Eagle Scout) Darwin Judge were providing security at the Defense Attaché Office adjacent to Tan Son Nhut AFB in Saigon. Both died at the same moment in a rocket attack by the North Vietnamese. They had been in country for less than two weeks.

The bodies of McMahon and Judge were taken to the Saigon Adventist Hospital near the airbase, one day before Operation Frequent Wind, the U.S. evacuation of Saigon, was completed. The few remaining staff at the hospital told inquiring calls that the two bodies had been evacuated. In fact, the bodies had been left behind. One year later, Senator Edward Kennedy secured the return of the bodies through diplomatic channels. 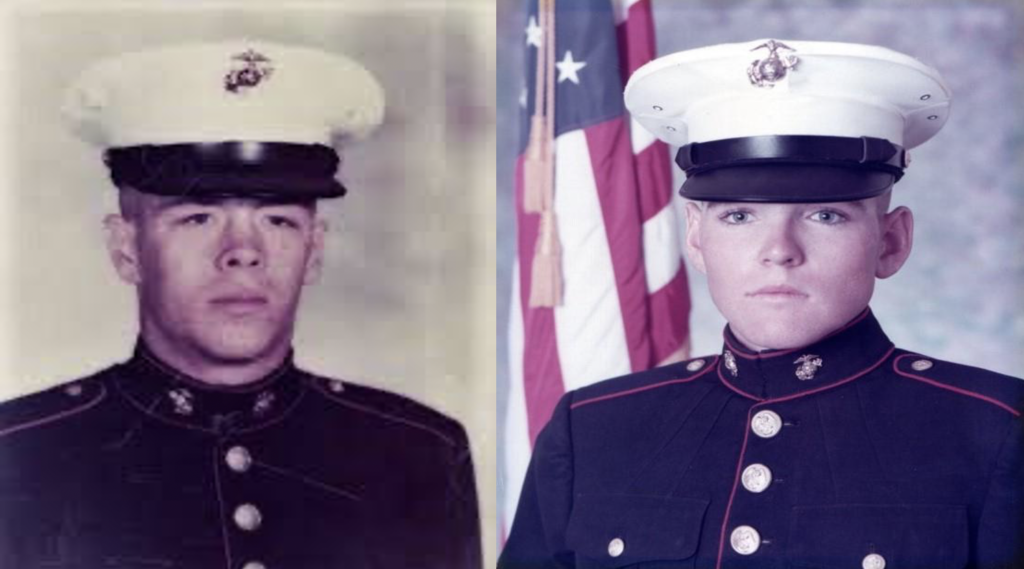 McMahon received a proper military funeral and a memorial wall at the Boys and Girls Club of Woburn, Massachusetts, his hometown. Judge’s body returned home to Marshalltown, Iowa. A Marine Corps Honor Guard gave a rifle firing salute then presented the flag that draped his coffin to his parents. But no one else paid attention. The Daily Iowan out of Iowa City, Iowa, was the only attending media outlet.

The last two to die. One honored by his hometown. The other ignored. That pretty well sums up our return from Vietnam in the waning years of the war. The public was having trouble separating the war from the warrior. The government had already deserted us.

Vietnam was a different war. Audiences understood World War I through silent films depicting less-than-realistic footage. During World War II, officially censored films and newsreels informed a clueless public. When the Korean War broke out, less than 9% of the population owned a TV. Newspapers and radio were the only real source of war news, much of it censored.

By the time casualties mounted in Vietnam, however, over 85% of American families could turn on a TV and watch the war as if it were a series on the yet-to-be History Channel. Our war was the first televised war.

With Secretary of State William Rogers’ stroke of a pen on January 27, 1973, the Paris Peace Accords ended America’s direct military involvement in Southeast Asia. Our country pledged to support our South Vietnamese ally. But, over two years later, on April 21, 1975, President Gerald Ford announced in a speech at Tulane University that “…as far as America is concerned, this war is over.” Before the end of the month, North Vietnamese 122mm rocket would end the lives of two young Marines, the last Americans to die “boots on the ground” in Vietnam. On April 30, 1975, North Vietnamese tanks crashed the gate of the Presidential Palace in Saigon. 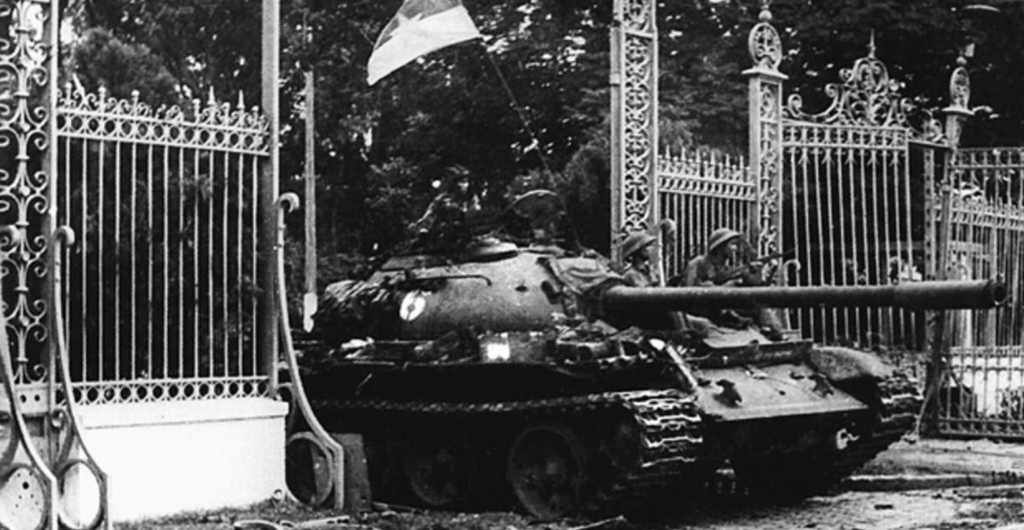 A North Vietnamese T-54 tank crashes through the gate of the Presidential Palace in Saigon on April 30, 1975 (Time Life Pictures/Getty Images)

They had fended off the Chinese for centuries, then the French, then the Japanese, then the French again, and then the Americans. Now, in 1975, Vietnam’s 1,000-year-struggle to be Vietnam was finally over.

So, there we were, 42 years after the war ended, finally getting our day of recognition.

This year, 2021, will be the fourth year of official recognition. Better late than never, I suppose, but in truth, I’m not too impressed.

I’ll not bore readers with my mathematical calculations, but I estimate that 1.8 million Americans who served in Vietnam didn’t live to see their official recognition.

I’m not impressed by the too-late gesture for final closure.

A bottle of pills from the VA can sedate but not alleviate the memories. A national day of recognition may pacify but can’t help us find the peace within our souls.

We cannot forget the war. Can we forgive what was once a thankless nation, a deceitful government, and asinine rules of engagement that maimed us mentally and physically? Yes, of course we can forgive, even if forgiveness is not deserved by some. We can forgive. But we cannot forget.

Sit in a VA waiting room and observe the old men on walkers or maneuvering their motorized scooters. Watch as they hobble around on artificial legs or scribble almost illegibly with their left hand because they no longer have a right hand. Notice those walking out of ‘mental health’ with a permanent 1,000-yard-stare.

These are the warriors who can forgive, but they will never be able to forget.

Don’t pity them. They don’t want it, and they sure as hell don’t need it. A simple ‘thank you’ will suffice. Remember, too, that they were bigger badasses than you could ever imagine. To paraphrase Joe Galloway, they were soldiers once, and young.

My personal interviews with America’s Best, our veterans of all wars, now number over 400. I hope to be around long enough to interview another 400. Each has a story to tell. Each deserves to be heard. Each needs closure. 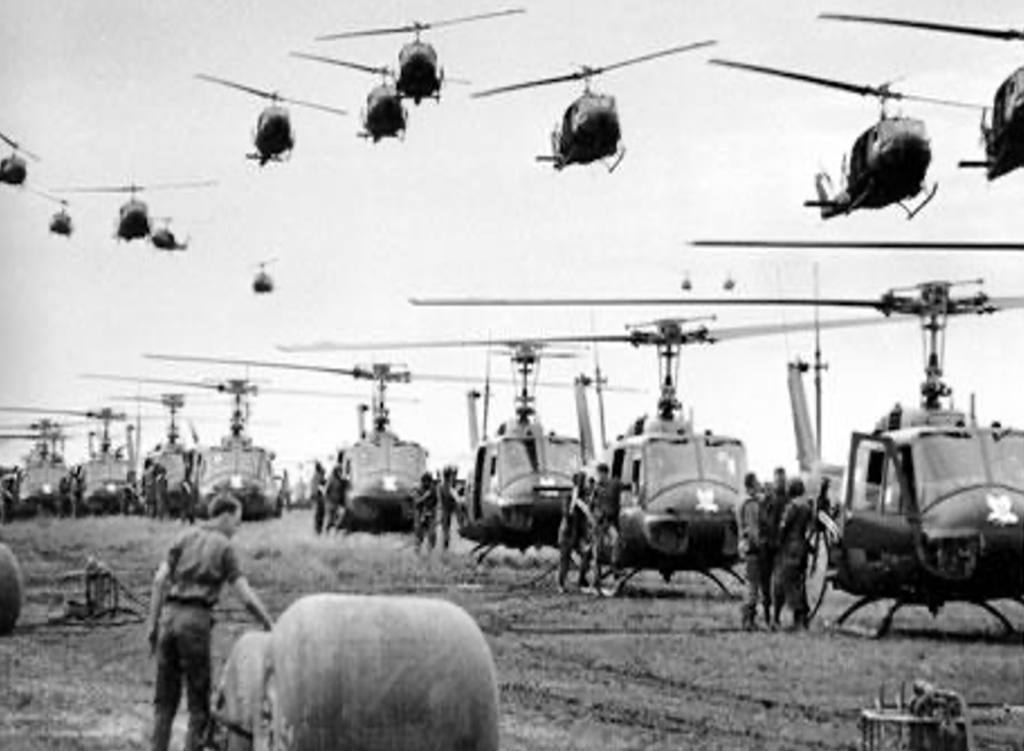 Personally, I’ll never experience closure. There’s too much left to do. Too many stories waiting to be told. Too many memories to be shared.

Not a day goes by without Vietnam creeping into my psyche like an exotic mistress. The sounds, the smells, the noise, the whump-whump-whump of a Huey, the painful disillusionment. They’re my cross to bear, and bear it I will.

Allow me to close with the best observation regarding war that I’ve ever read, by Bruce H. Horton: “Combat is fast, unfair, cruel and dirty. It is meant to be that way so that the terrible experience is branded into the memory of those who are fortunate enough to survive. It is up to those survivors to ensure that the experience is recorded and passed along to those who just might want to try it.”