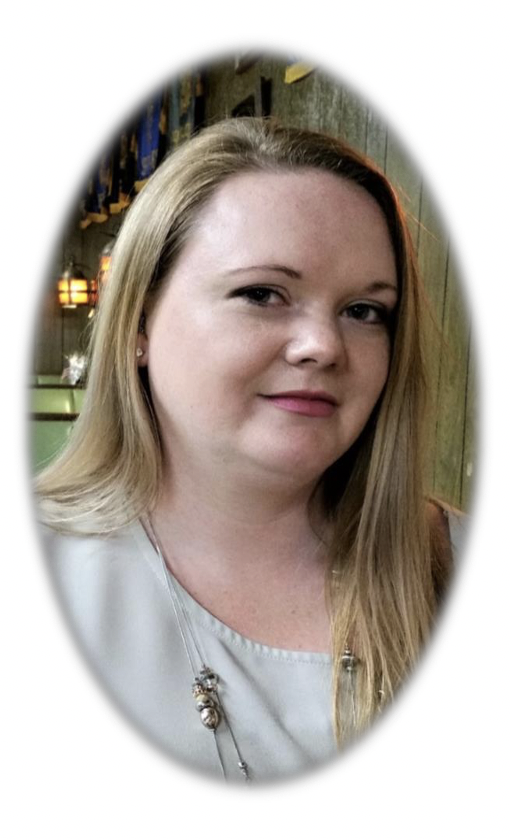 US Coast Guard veteran Amanda Doughty grew up mostly in Georgia and Florida and recalls her father having one of the most hazardous jobs in the Navy: an underwater welder.

“A ‘flash’ almost blinded him permanently when he was in Charleston, so Dad got out of the Navy after that. I don’t recall much about those Navy days, I was very young, not even attending elementary school yet.”

Asked why she chose the military, Amanda replied, “I decided on the Coast Guard long before I graduated from high school [in 2006], maybe around the age of seven or eight. You see, my family comes from a military tradition, all the way back to America’s Revolutionary War. I have all the records to prove it. When deciding on the military path, I did consider the Air Force for a short time, but the Coast Guard had a better maternity policy, more time off, you kept rank and position, they didn’t penalize for a pregnancy. I didn’t have children while in the Coast Guard but was planning for my future at a very young age, just in case a pregnancy did happen.”

Amanda stated she was ‘emancipated’ from her divorced parents by age 17. “After emancipation, I was on the way to Coast Guard Basic Training.

Asked about that training in Cape May, New Jersey, Amanda replied, “Well, I don’t like the North, that’s for sure. I mean, it was okay. My barracks was on the beach so I listened to the ocean every night as I feel asleep. And, as a female, we had a certain degree of leniency that the guys didn’t receive. There wasn’t a constant barrage of a D.I. or someone else coming into the barracks. And, we could take a nice long shower, which was always a big plus.”

“It really wasn’t that tough. Basic training in the Coast Guard is about 80% intellect. Actually, they thought I was cheating at one point. We had open-book quizzes which weren’t a problem, but the close-book quizzes were tougher. I would finish within two minutes, then as ordered when a quiz was finished, sat straight up at attention and stared at the black board. I finished the quizzes so quickly they figured I had to be cheating. The fact is, I’m a book worm, I love to read and learn, so that helped immensely.”

The Coast Guard wanted book-worm Amanda to put her ‘smarts’ into Personnel.

“I told them ‘no way’, I wanted to work with my hands, specifically in aviation. It was my dream to work on airplanes, but that’s like a five year wait in the Coast Guard. So I went into the Striker Program, on-the-job training, no secondary school, and I got my wish…working on engines, diesel engines, and small gasoline engines, trucks, tractors, outboard engines, forklifts…hey, if a toaster broke, I fixed it. I mean, why join the military and sit in an office?”

She also served as a boarding officer.

“A boarding officer is the law enforcement part of the Coast Guard, just another duty Coast Guard personnel sometimes have to perform. Law enforcement was a big part of my responsibilities. We dealt with customs, migrant interdiction, drug busts, container ship inspections, harbor service, the whole nine yards. Shoot, one time aboard a cutter the cook got sick and I filled in as a cook for the ship’s captain.”

Amanda’s first assignment was at Small Boat Station Gulfport, a year after Hurricane Katrina hit in 2005. 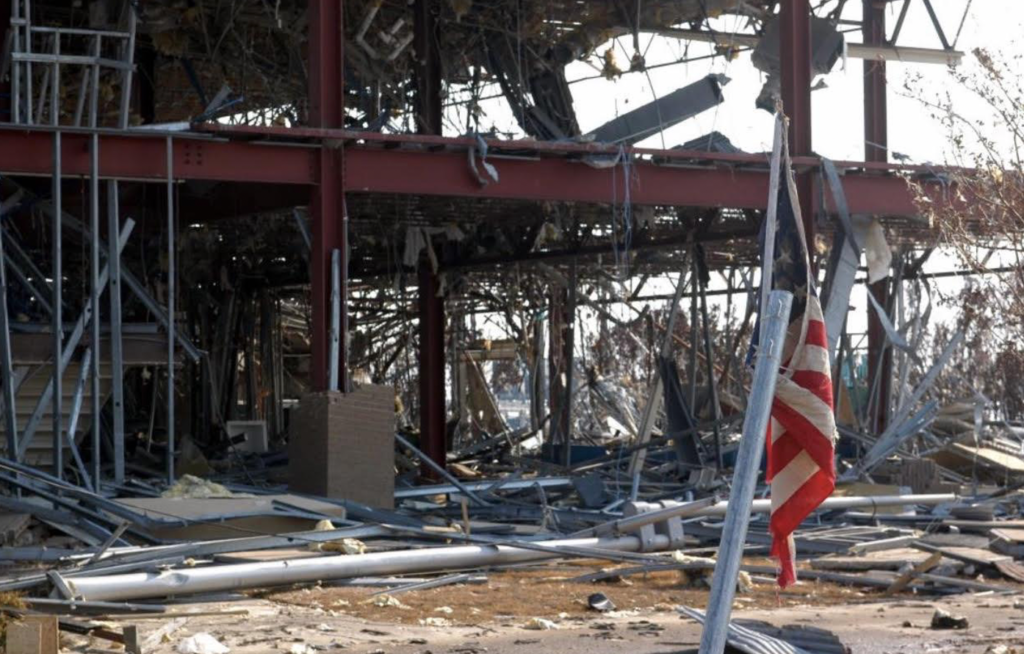 They were still finding bodies and we’d put the deceased on medivacs to be officially declared dead somewhere else, that’s the way it worked. We, of course, couldn’t declare people dead. And we worked jointly with the Air Force, we even pulled a couple pilots out of the water. It was just a huge mess after Katrina. We’d get together with the Seabees and Air Force to help put parks back together, too.”

“People tend to forget. After Katrina hit we had two other hurricanes back to back in 2008, Gustav and Ike. We lost the small boat station, again, it was completely gone after Gustav; so we worked out of Conex boxes in 100 degree heat. Then Hurricane Ike rolled in. By that time we were working out of FEMA trailers, but those got wiped out, too, and once again we were down to nothing. So, I stayed for the rebuilding.” 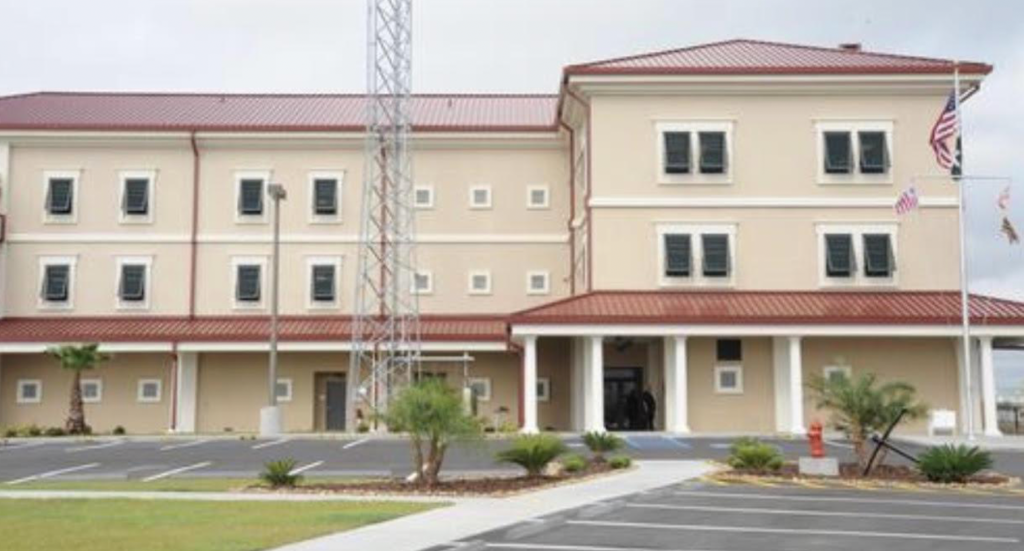 A new station: “A new ten million dollar station was built after Ike so I became a Plank Owner; that means you’re on a ship or at a station when it’s commissioned. We had a couple coast guard cutters attached to our unit during recovery efforts after the hurricanes, so I pulled escort duty when President Bush came down for a visit. Laura Bush came aboard the cutter I was on at the time but I didn’t get to meet her. The entire crew had nothing but good things to say about the First Lady.”

“An Admiral came down later and so did President Obama, but I wasn’t there for that event. I’d been assigned to a White Hull (largest coast guard cutters), the Nantucket. I didn’t really like the assignment due to the C.O., not the best of officers to work with. On the other hand, I loved the ship and crew. I served in a technical roll again, in charge of damage control equipment plus I taught crewmembers how to use of the equipment. We mostly conducted migrant interdiction, Caribbean people but mostly Cubans. If the Cubans got unruly or misbehaved, they were shackled to the back of the boat, just like in the old days. As part of my law enforcement duties, along with taking care of the engines, I had to babysit the Cubans quite often.” 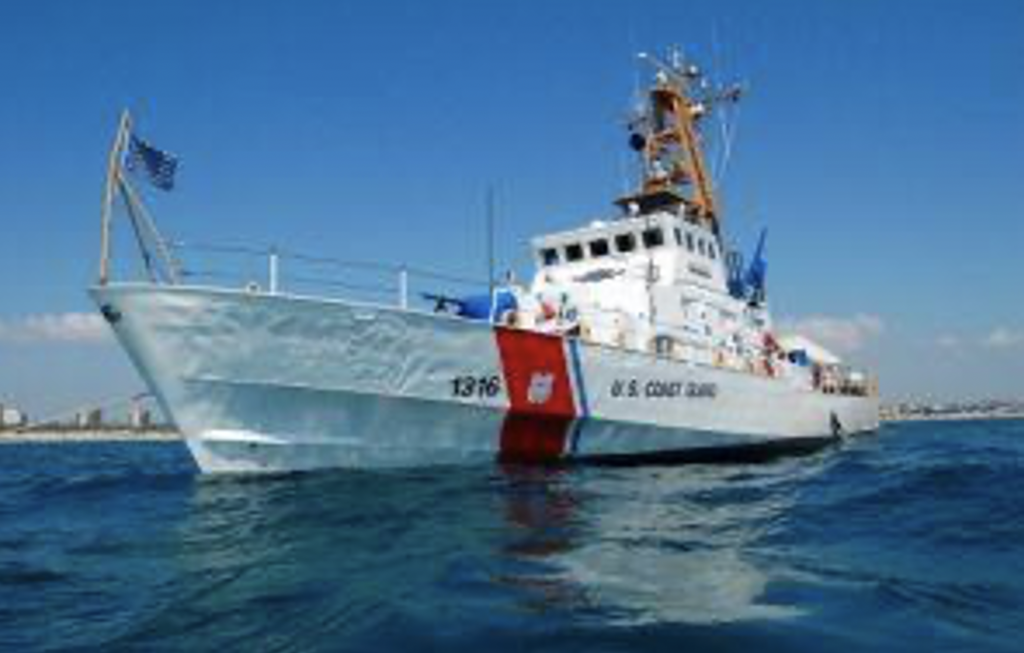 “If the migrants from the Caribbean set one foot on American soil, they could stay. If they were still five feet out in the water, they went back where they came from. I’d say our immigration policies need addressing. That aside, the problems on our Southern Border receive all the media attention, but we continue to have Cubans and others from the Caribbean try to sneak in by the hundreds, sometimes by the thousands. We had contingency plans when Castro died if a huge influx of Cubans headed for our shores.” 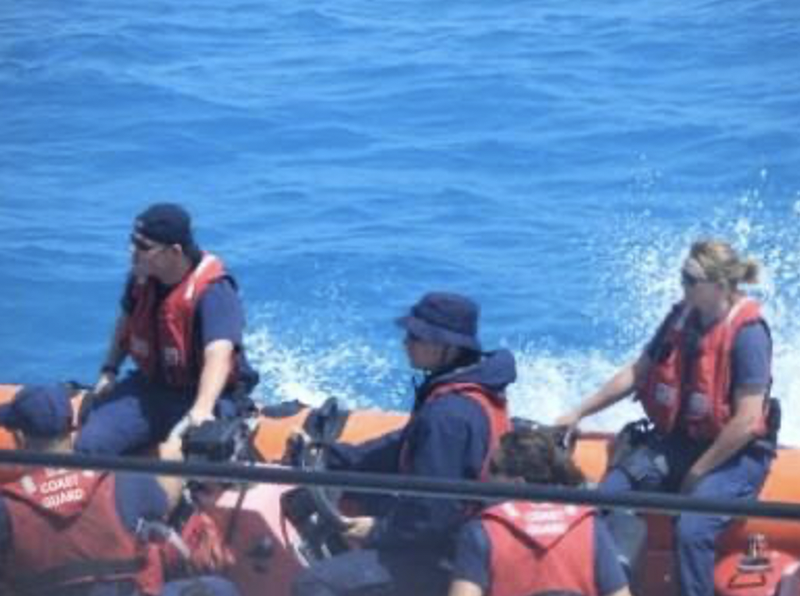 “We were practicing a tactical reload. There’s a crane on the rear of an 18’ boat and one of its many functions is to pull a smaller boat out of the water while it’s still moving. Well, this idiot bosun was practicing his coxswain skills in the smaller boat and came up behind the bigger boat and jumped its wake. You don’t do that, it’s very dangerous. Anyway, I’m sitting in the bow of the ten footer, Mr. Idiot jumps the wake, the boat comes down hard, and wham! My spine compressed with five ruptured disks. We were in the middle of the ocean at the time. I could hardly walk, but I sucked up the pain since I was the only one in my position on the boat and didn’t report to sick call until we docked again. They found the five ruptured disks and I was transferred to sector on desk duty.”

“I was pushing paperwork, personnel, dealing with files and such. Not my cup of tea. I was not hospitalized for my back injury and stayed on desk duty until officially discharged in 2013, and I’m on disability.”

Amanda married the same year. “I met my husband when I was 16 years old. Jason was dating my friend and I was dating Jason’s friend. Well, when I was discharged and returned to Madison, Florida, he gave me a call and wanted to come for a visit. He showed up one day early. I’d started college full time studying law enforcement and was only two classes away from graduation when we married. Then the two kids came along, but I still plan to finish college in the near future. My husband is from Bethlehem, GA and landed a good job in Cornelia, so we moved up here almost three years ago. I love it up here; it’s a lot better than muggy Florida, and above the bug-line. I don’t like bugs.” 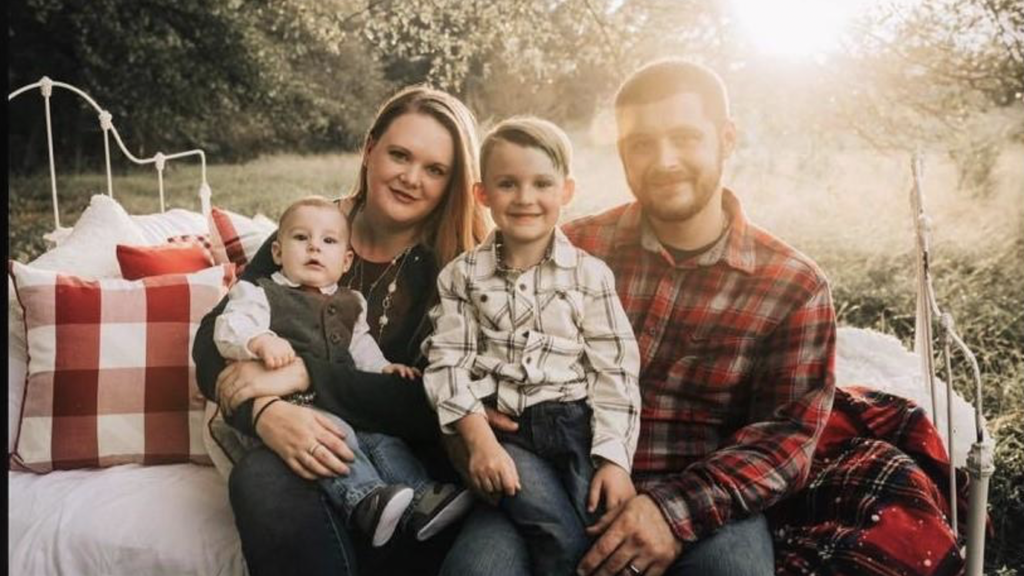 “I loved the Coast Guard; I’d do it again, if I could. It’s the smaller service, so wherever you go you run into people you know. It’s like a small town. I didn’t want a bigger service simply because of that. A lot of people think the Coast Guard is part of the Navy. It isn’t. We were America’s ‘first Navy’ but we’re totally independent from the Navy. You know, New Orleans, with its levees and all, got most of the publicity after Katrina, but the Mississippi coast was on the east side of the storm with all the heavy winds and had it worse than New Orleans. They were pulling bodies off the roof of Home Depot. And tiny Bay St. Louis, basically the line between Louisiana and Mississippi, is a small bay yet Coast Guard boats were running back and forth in Bay St. Louis filling up their boats with bodies. But, yeah, I’d still do it again. If a kid doesn’t know what to do after high school, I’d advise they choose a branch of the military. It will do them good.”