Submarine Sailors Made History Thirty Years Ago. Tonight, on VBC Happy Hour, We Talk with Them.

Submarine Sailors Made History Thirty Years Ago. Tonight, on VBC Happy Hour, We Talk with Them. 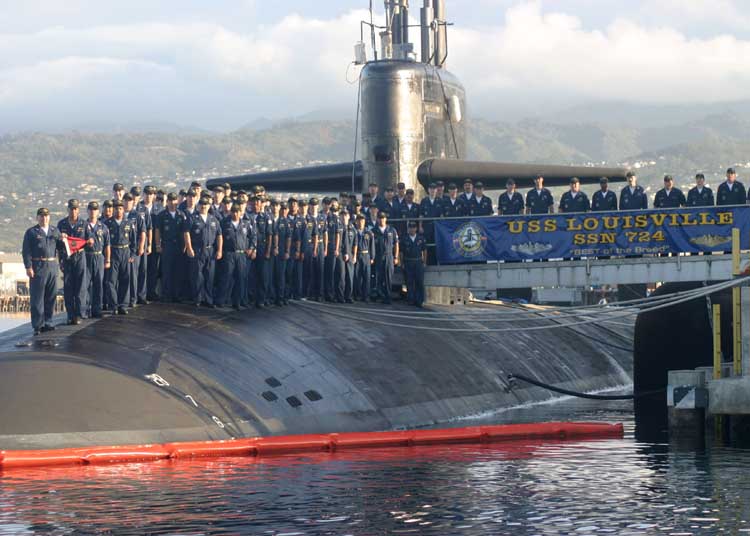 Desert Storm saw the largest assembly of war ships since WWII. You can find a list of them here. Yet, not included on that list are two that made history on Day 3 of Desert Storm: the USS Louisville (SSN-724) and the USS Pittsburgh (SSN-720), the submarines that fired the first sub-launched Tomahawk Missiles in combat.

The Tomahawk Land-Attack Missile (TLAM) was the featured weapon of Operation Desert Storm. That war was the first time it had been fired in combat, and the Tomahawk was the first hostile shot to land in Iraq when the war began.

Tomahawks were developed in the 1970s to be small, flexible, low-flying missiles that could be launched from a variety of platforms and hit targets over 1,000 miles away. Equipped with precision guidance systems, they are more accurate than ordnance dropped from the sky. Because they’re small and fly low, they are hard to detect and intercept.

The US Navy launched 288 Tomahawks during Desert Storm, 276 from surface ships. The other 12 came from two Los Angeles-class nuclear attack submarines, the USS Pittsburgh (SSN-720) and the USS Louisville (SSN-724). The Louisville fired eight missiles from underwater in the Red Sea, while the Pittsburgh launched four from the eastern Mediterranean. This was the first time land-targeted missiles had been launched from submerged ships.

Read more about the role of the Tomahawk Missile in Operation Desert Storm in a 2016 issue of Navy History Magazine.