Skip to content
Terror in West Germany, 1972: How a Mysterious Voice Stopped Me from Killing a Suspected Red Army Faction Bomber

Terror in West Germany, 1972: How a Mysterious Voice Stopped Me from Killing a Suspected Red Army Faction Bomber 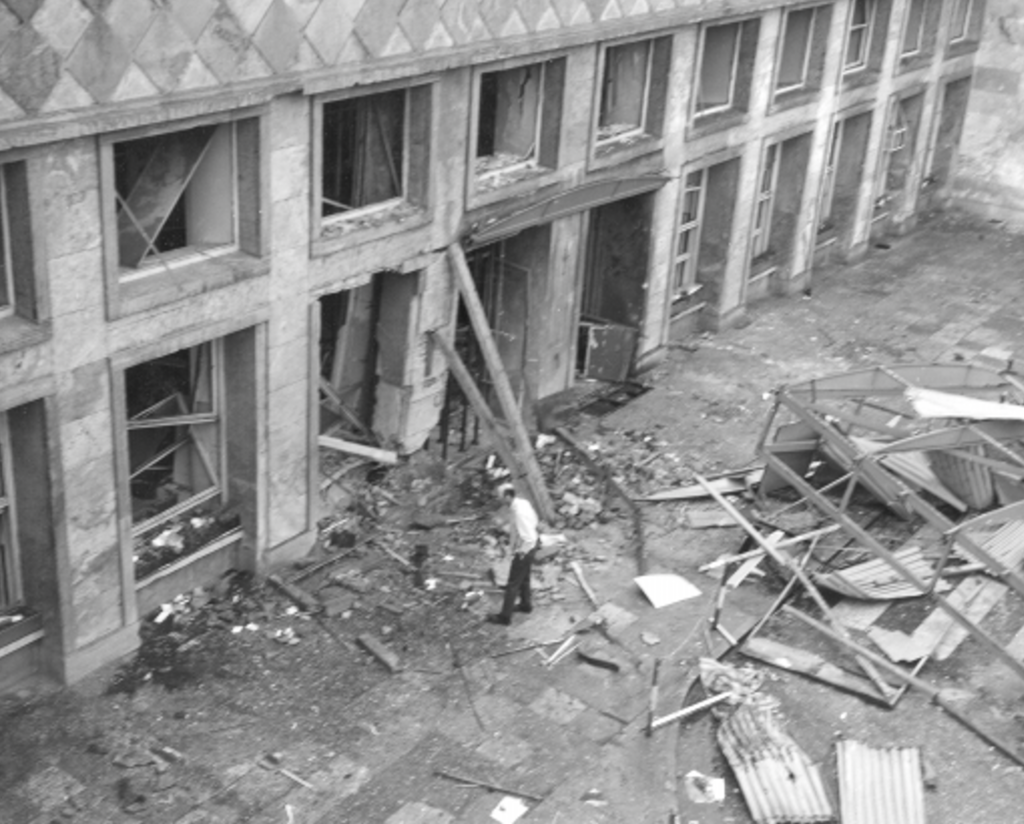 Nineteen-seventy-two was a year of terror in West Germany. The Red Army Faction, a left-wing extremist group also known as the Baader–Meinhof Gang, went on a rampage that began with bombings and escalated to assassinations, kidnappings, bank robberies and shoot-outs with police. In the month of May alone, there were five bombings, including one at a US Army barracks that killed Lt. Col. Paul Bloomquist. Then came the Munich Olympics, when a Palestinian terrorist group kidnapped and executed Israeli athletes. 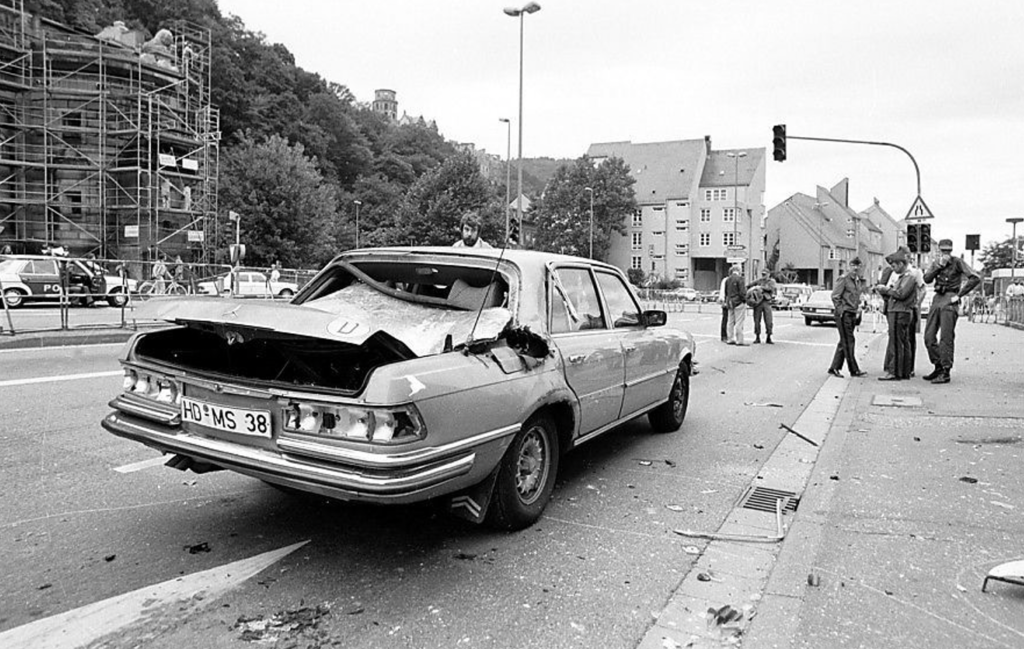 I had just arrived in Germany, a communications specialist with the 1st Battalion, 81st Field Artillery Regiment, which was stationed northwest of Munich at Wiley Barracks near the town of Neu-Ulm. We were in charge of an arsenal of nuclear-armed ballistic Pershing Missiles pointed at the Soviet Union.

The havoc unleashed by the Red Army Faction in the spring of 1972 put our unit on high alert. Officers went through the battalion batteries and selected twenty of us for round-the-clock guard duty. The officers said we were handpicked because we could be “trusted with live ammunition.” But we weren’t snowed by the flattery. In fact, it pissed us off. Here we were, “strac” [Army slang for well-trained] soldiers being punished with guard duty, while the goldbricks back at barracks were being rewarded for incompetence. The longer we pulled the guard duty, the more irritable we got. 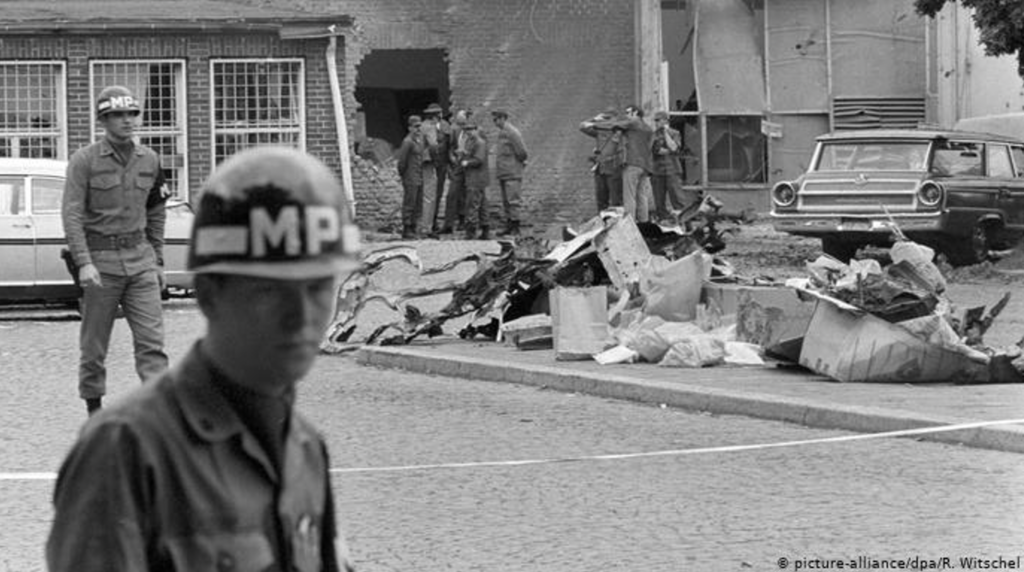 One of my guard stations was outside the American Bank in Neu-Ulm. My job was to check license plates of German cars against a list of suspected numbers. We were strictly ordered not to allow anyone to park a vehicle near the bank under any conditions. 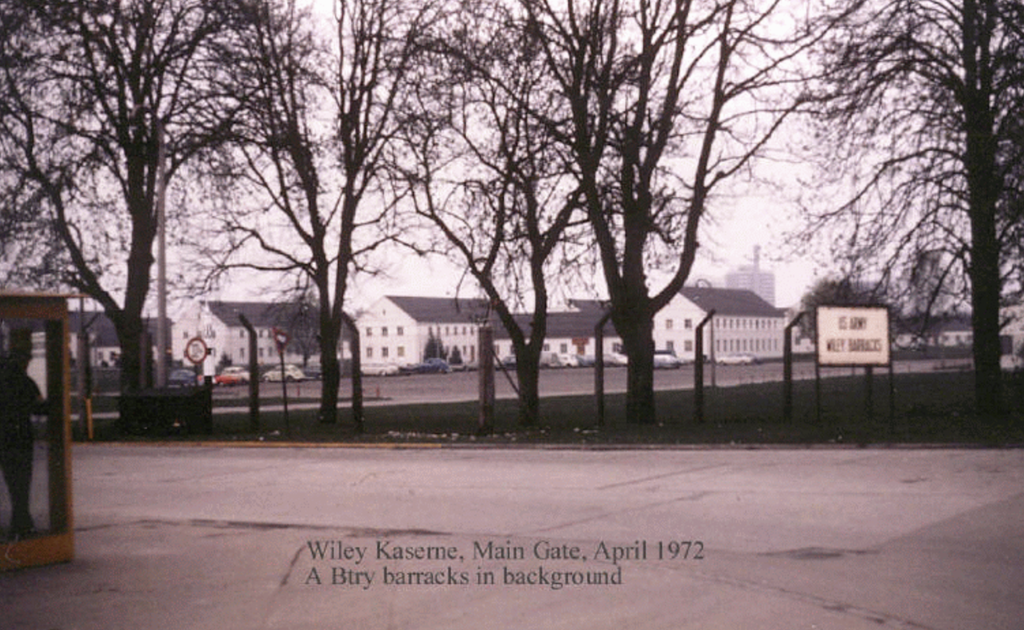 At 0300 hours, a German man pulled his car up to the bank and got out and asked for a light for his cigarette. I angrily shoved my rifle in his face. The man started shaking.

“Guys,” he stuttered, “what are the submachine guns about?” Another guard joined me and lit the man’s cigarette as we kept our rifles on him. The man hurried back in his car and drove away. We couldn’t hold him, but we were suspicious.

Two hours later, I saw another German. This time, on a bike riding away from me. Lying against a nearby tree was a briefcase he must have left behind. “Bomb,” I thought.

I raised my M-16 and yelled for the bike rider to halt, but he kept going. I shouted a second time to no effect. Then, with the M-16 trained on the back of the man’s head, I started squeezing the trigger. 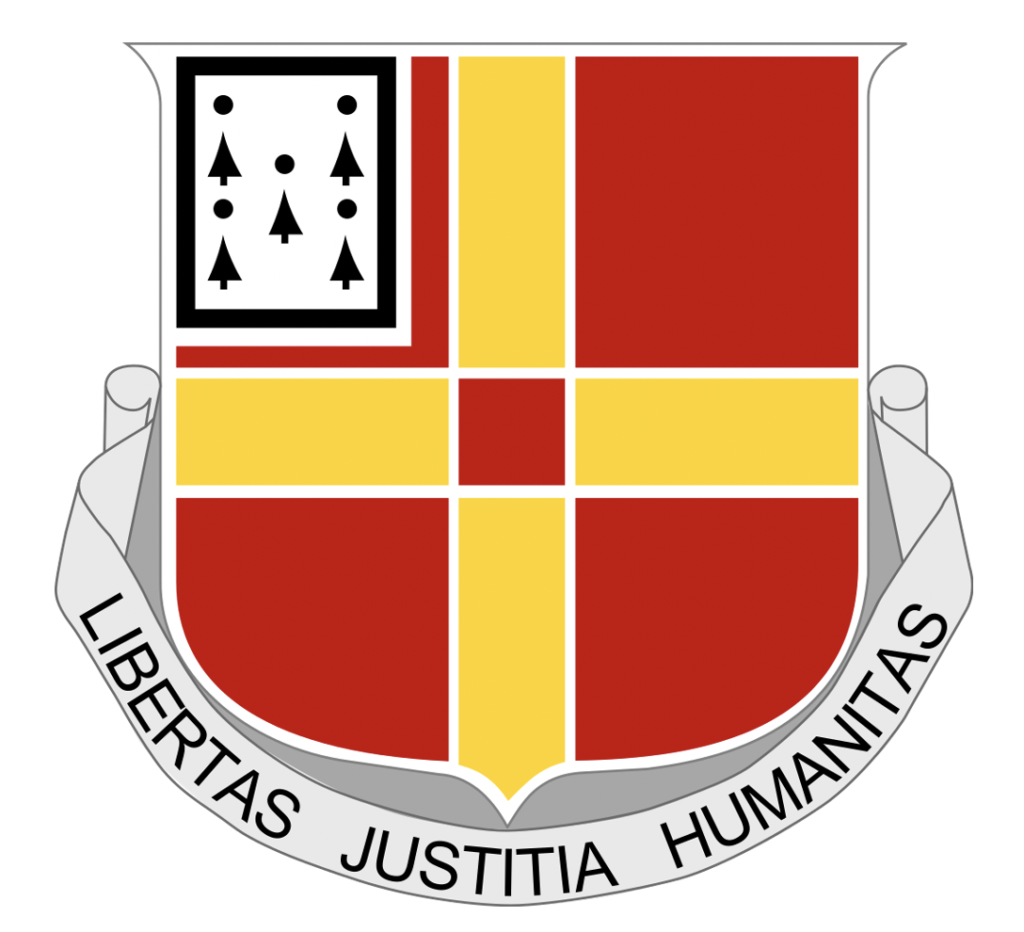 Just before the round should have exploded from the barrel, I heard a voice that sounded like it came from the clouds.

“STOP!” commanded the loudest voice I have ever heard. It was loud as thunder. I hesitated, but then refocused and squeezed the trigger again.

“STOP!” shouted the voice again. I lowered my rifle, and shook my head. I lifted the M-16 up a third time and tried to fire the shot at the man’s head. A final “STOP!” interrupted me.

The man was now peddling out of range. I just stood there and watched him disappear.

I went over to the briefcase and looked at all the traffic going by. If it blew, it would take me out and some cars with it. I snuck a peak, fully expecting an explosion. I caught a glimpse of plastic in the valise and closed it back up slowly.

I radioed for MPs, who showed up a few minutes later. When I told them about the plastic, they jumped behind their car and called for backup.

As we waited, I saw bike rider peddling back toward us. He was an old man. I pointed him out to the MPs, who threw him against their car. They made him open the briefcase while we watched from afar. He unclicked the clasps and pulled the case open to reveal . . . a bunch of plastic sandwich bags. The MPs took the man in custody. I later learned they interrogated him for a long time before letting him go.

When I saw the guard who was on duty with me that day at the bank, I asked him if he heard a loud “STOP!” shouted three times. He said he didn’t hear anything. I told another guard about the mystery voice, and I could see he didn’t believe me. That made me clam up about it until now. It’s been 49 years since I told the story of how I almost killed a man over sandwich bags.

That German bike rider never knew how close to death he came that morning.