The Confusing History of July 4 and Independence Day

The Confusing History of July 4 and Independence Day 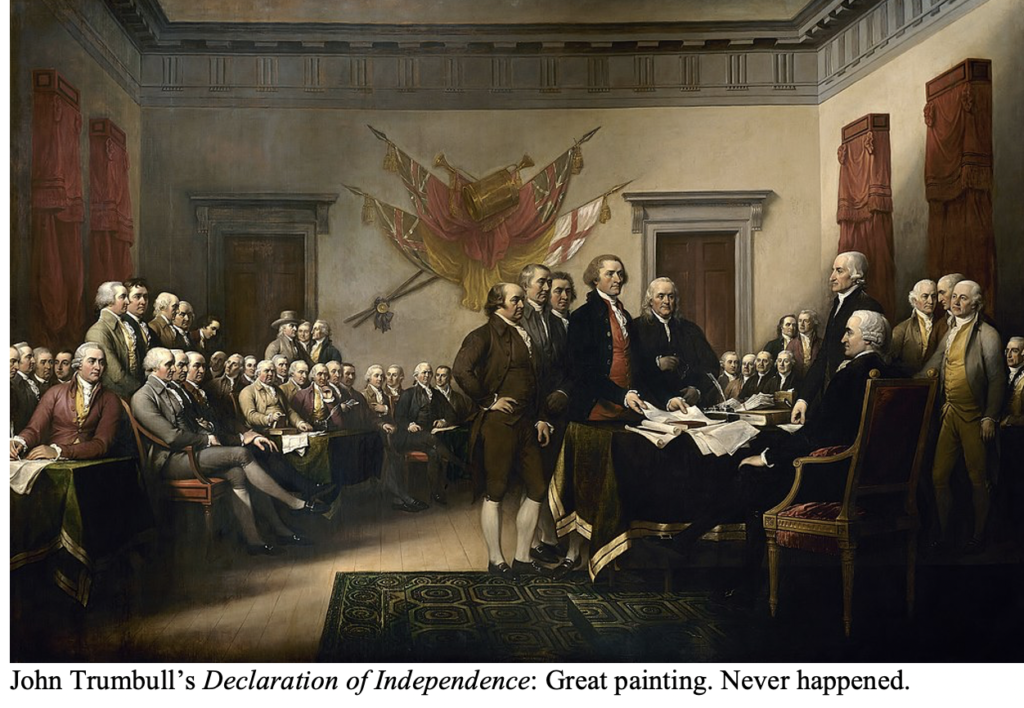 Thomas Jefferson was a brilliant man who, if he had felt free to pursue any profession he wanted, might have become the world’s leading mathematician. But he got one thing badly wrong. Toward the end of his life, he swore he remembered the Founding Fathers gathering on July 4, 1776 in Independence Hall to sign the Declaration of Independence. He saw John Trumbull’s famous painting, and declared it accurate. But that signing never took place. The Declaration remained unsigned until August 2 when the first representatives put their names to it. John Hancock didn’t sign his name until November. And Congress declared independence on July 2, not the 4th. When John Adams wrote excitedly to Abigail that the day “will be celebrated, by succeeding Generations, as the great anniversary Festival…It ought to be solemnized with Pomp and Parade, with Shews, Games, Sports, Guns, Bells, Bonfires and Illuminations from one End of this Continent to the other from this Time forward forever more,” he was talking about July 2, not July 4. But, July 4 is the day we use to mark our nation’s independence from the British Empire because that’s the date Jefferson wrote in the upper right-hand corner of the document he submitted to the Continental Congress to justify the vote two days earlier. When Americans read the document in 1776, they saw the date, and it stuck. We’ve been celebrating Independence Day on July 4 ever since.