The Domino Theory in Retrospect

The Domino Theory in Retrospect 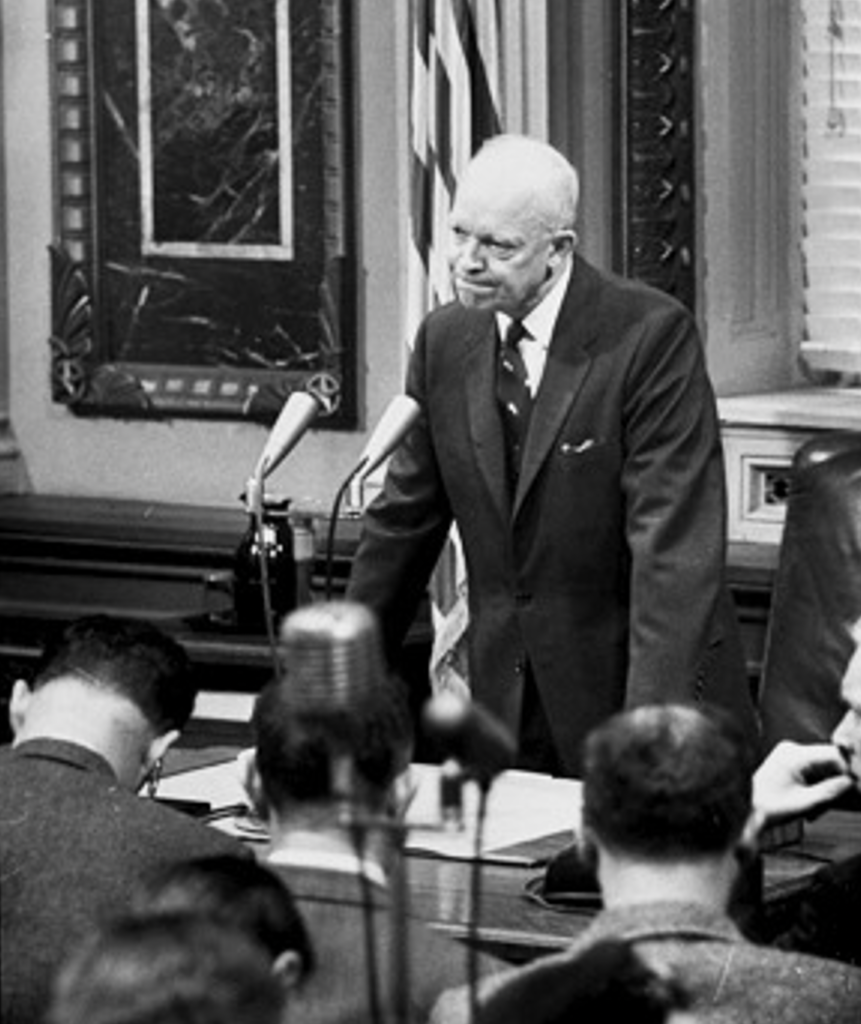 On April 7, 1954, President Dwight Eisenhower  answered a press conference reporter’s question about the impending defeat of the French in Indochina with the first articulation of what would become known as “The Domino Theory.” The theory would drive the escalation of the Vietnam War over the next two decades.

At the press conference, Ike spoke fewer than 150 words on the subject, and his answer included as much about Indochina’s tin, tungsten, and rubber as it did the famous “falling domino” principle of Communist expansion. But the domino image took hold. It offered a vivid mechanical framework for understanding why the United States should care about an armed struggle taking place 9,000 miles away from home.

The Domino Theory stated simply that Communist victory in one country or region would spark neighboring regions to rise up against pro-American governments, which would lead to more victories and further insurgencies. By keeping the first domino upright—in this case Vietnam—the US could prevent Laos, Cambodia, Thailand, Malaysia, Indonesia, and even India from succumbing to Communist takeovers.

So, was the Domino Theory correct?

Most historians say it wasn’t, citing non-Communist Thailand, Malaysia, and Indonesia as proof. If Vietnam was the first domino, and it turned fully Communist on April 30, 1975, shouldn’t its neighbors have turned red also?

Advocates for the Domino Theory point to neighboring Laos and Cambodia, which tipped Communist after the Fall of Saigon.

One can point to earlier regime changes around the world that suggest the theory has some validity. North Korea fell in 1948, then China in 1949. These two countries’ war against the US and South Korea inspired the Vietnamese’s struggle against the French. The Vietnamese then assisted the Pathet Lao in Laos, and so forth.

It stands to reason that success in one place might spur success nearby. Argentinian revolutionary Che Guevara thought as much when he foresaw “two, three, many Vietnams” following from the success of Ho Chi Minh.

Political activist Noam Chomsky, a fierce opponent of the Vietnam War and critic of American foreign policy, has argued that dominoes do fall after successful revolutions because poor people in other countries see the results and ask, “why not us?” He called it “The Threat of the Good Example.”

Perhaps when we ask if the Domino Theory was correct or not, we’re really asking if the fight in Vietnam was justified in terms of US national security. It’s striking that the biggest proponent of the Domino Theory during the war, Secretary of Defense Robert McNamara, later confessed, “I think we were wrong. I do not believe that Vietnam was that important to the communists. I don’t believe that its loss would have lead – it didn’t lead – to Communist control of Asia.”

The problem with using mechanical theories of history to guide foreign policy is that we have no way to test them ahead of time. History doesn’t allow for controls or the isolation of independent variables. You can’t subject it to the scientific method. Things happen all at once, one time only. Then, new things happen in new contexts. Nothing is repeated precisely the same. You can discern patterns, but only broadly, over time.

There’s only been one study I know of that attempts to analyze the Domino Theory over centuries to see how it holds up as a predictive index. Two economists (not historians), Peter T. Leeson and Andrea M. Dean, reported the results of their research in “The Democratic Domino Theory: An Empirical Investigation.” I’ll refrain from commenting on it. Any scholarship that explains its method this way is far above my pay grade:

In the end, what’s probably most important about the Domino Theory was not its accuracy, but the hold it had over the US foreign policy establishment through at least four Presidential administrations. The theory might have saved Western Europe from Communism by inspiring NATO and the Marshall Plan. It also protected Japan, the Philippines, and South Korea from Communist takeover. But, the theory’s run of success ended in Vietnam.

In retrospect, said McNamara, “we should have begun our withdrawal from South Vietnam [in 1965]. There was a high probability we could have done so on terms no less advantageous than those accepted nearly six years later–without any greater danger to U.S. national security and at much less human, political, and social cost to America and Vietnam.” 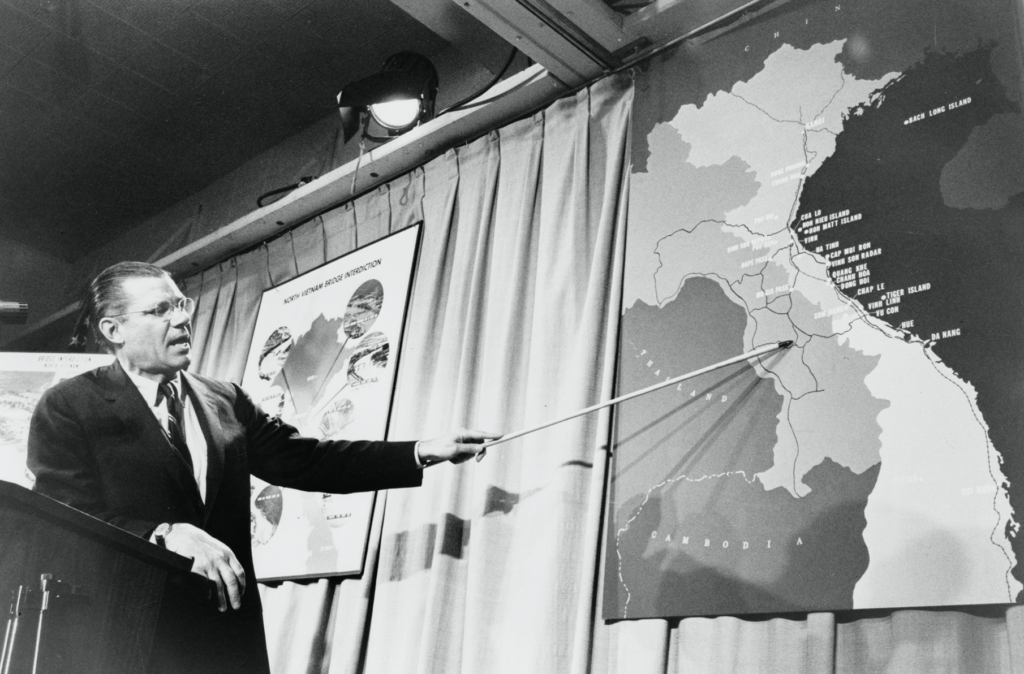 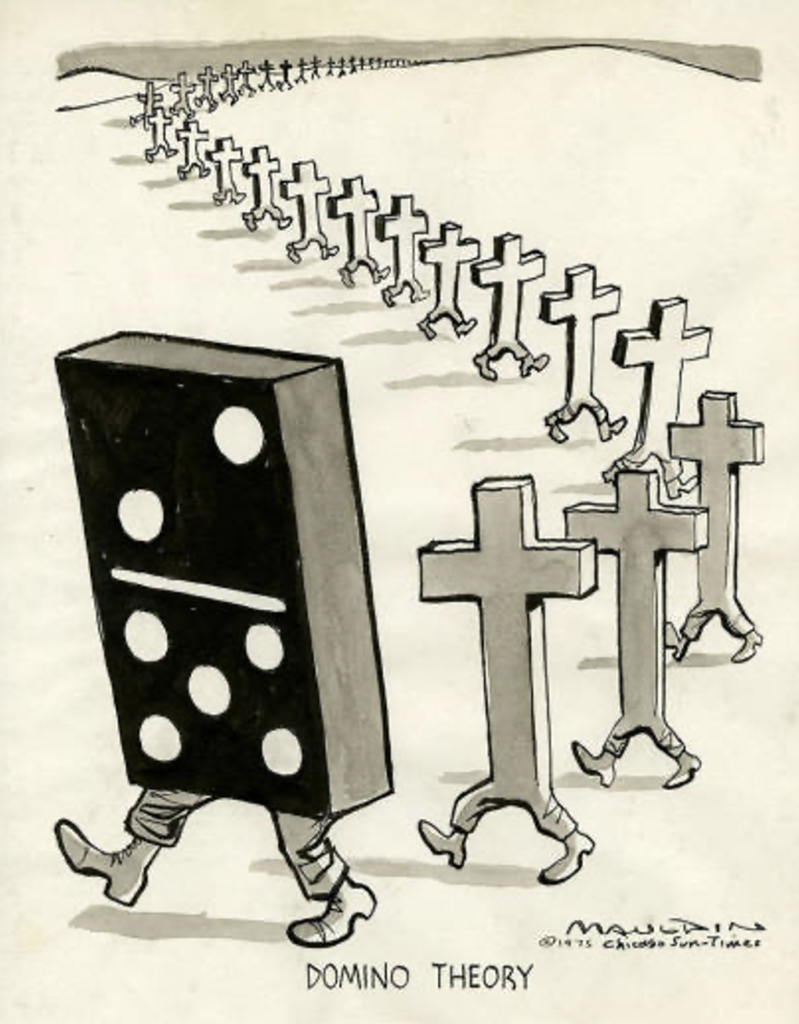