The Man Who Made Ike

The Man Who Made Ike 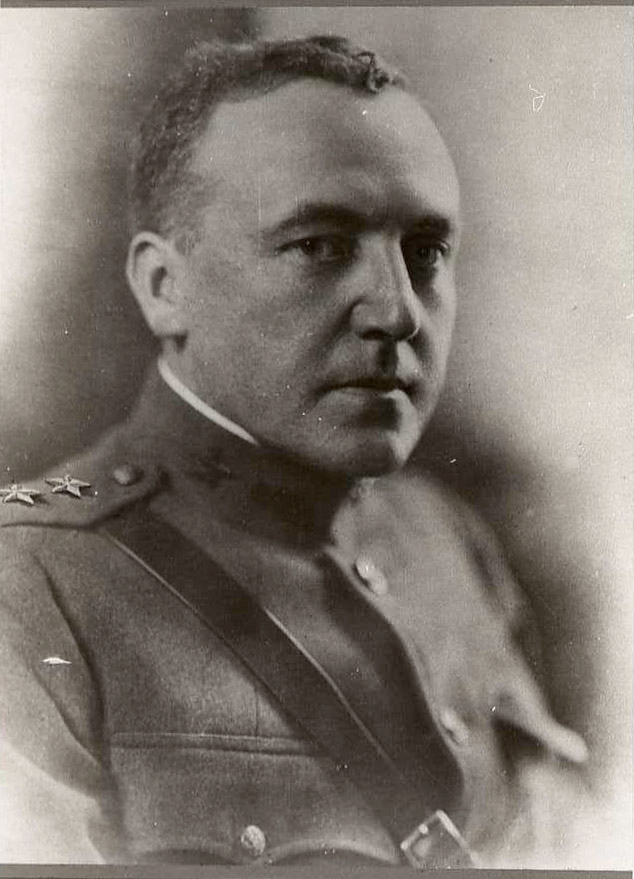 In 1925, no one who knew Major Dwight Eisenhower could have imagined his rise to the Pantheon of American Heroes. Back then, Ike still carried the whiff of his hardscrabble Kansas childhood and his less-than-impressive record at West Point, where he’d been more jock than student. He’d sat out of Pershing’s celebrated hunt for Pancho Villa in 1915, had remained stateside during World War I, and had narrowly dodged a court-martial in 1921. But, by 1926, the young officer had turned his career around and was on a glidepath to greatness.

The world has a little-known Army staff officer named Fox Conner to thank for Dwight Eisenhower’s transformation. Steve Rabalais’s excellent biography of Conner sheds much light on his subject’s critical role in mentoring not only Eisenhower, but also two other figures in the American Pantheon, George Patton and George Marshall.

Born in rural Mississippi to the son of a Confederate veteran who’d been blinded in the war, Fox Conner grew up listening to thrilling tales of battle. In 1893, when Ike was three years old, Conner entered West Point, where he met instructor Lieutenant John “Black Jack” Pershing and worked hard to graduate in the top third of his class. Somewhat hidden was Conner’s deep intelligence and a broad capacity for staff officer roles.

His expertise was artillery. He shined in advanced training at Fort Leavenworth’s Army General Service and Staff College and then became an instructor himself at various Army schools and the War College. He even served for one year with a French artillery regiment based in Versailles and became fluent in French and their famous 75mm field piece.

This experience served Conner well in 1917 when he shipped overseas as the United States entered World War I. The US Army ballooned from a bare 100,000 men to over 2 million in a matter of months. Fox Conner proved crucial to this transformation. A massive American Expeditionary Force (AEF) required an overhaul of everything, from internal staff structure to the shape and size of new Army divisions. Conner had a hand in it all and eventually rose to become Pershing’s Chief of Operations.

In France, Connor’s gaze fell on Lieutenant Colonel George Marshall serving as the 1st Divisions Operations Officer. Conner had Marshall assigned to AEF staff operations in July 1918 as one of his assistants and quickly put him to work on planning the first AEF Army sized offensive on the St. Mihiel Salient. Thus began a fruitful relationship between the two men that lasted the rest of their lives.

After the war, Conner took a command position at the Panama Canal. Major George Patton, whom he had met years before on a train, recommended Major Dwight Eisenhower as his executive officer.

There was only one problem: Ike was facing a court-martial over a $250 housing allowance he’d claimed for his son who was living with his wife’s parents. It was a mistake, and Eisenhower tried to correct it. But the gears of Army bureaucracy were all but inexorable. It took the personal and persistent ministrations of Conner through George Marshall to quash the proceedings and allow Ike’s transfer to go through.

Three years of focused company in Panama with the cerebral Fox Conner elevated the unsophisticated Major Eisenhower into something larger. Conner had brought a library of books with him and began assigning volumes to his protégé, then reviewing them with the Socratic method. “And thus began a three year graduate school course in military affairs and humanities,” Ike would later recall. Conner also worked on Eisenhower’s rigid and overbearing demeanor with troops and encouraged the more familiar, casual but highly disciplined style we know from World War Two.

In Panama, Conner warned Eisenhower to prepare himself for another World War, which he said was “almost a certainty.” He predicted George Marshall, whom Conner called “nothing short of a genius,” would play a key role, and he told Ike to study applied psychology so he could learn to “get allies of different nations to march and think as a nation.”

Age and poor health prevented Fox Conner from playing a role in the Second World War, but he did live long enough to see the fruits of his expert mentorship. By the time he died in 1951, Conner’s acolytes had far surpassed him in fame and achievement, which is perhaps the highest honor any mentor could receive.