Ulithi Atoll: The Tiny Speck of Land that Became the Largest Navy Base of World War II

Ulithi Atoll: The Tiny Speck of Land that Became the Largest Navy Base of World War II 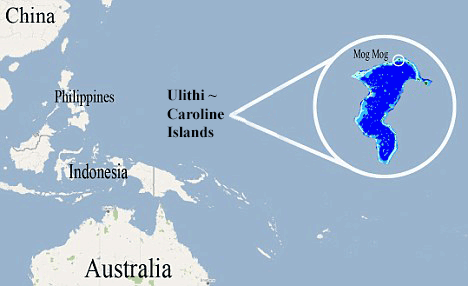 If Admiral Chester Nimitz hadn’t spotted it on a map, Ulithi might have gone completely unnoticed by US forces as it island-hopped across the Pacific. Such an oversight would have cost the Americans the largest and best anchorage in the world and the perfect location for staging its final assault on the Japanese Empire.

Ulithi Atoll is a coral reef so tiny and so remote, it’s often left off maps altogether, and it’s easy to miss as you’re sailing across the equatorial Pacific. Shaped like an oblong amoeba—15 miles wide and 20 miles long–the reef is a ring of 40 islets, only four of which are inhabited, that rise barely three feet above sea level. The largest of these islets is four times smaller than New York’s Central Park. The entire land mass put together amounts to a little over 1,000 acres—smaller than Nanty-Glo, Pennsylvania, and Mazomanie, Wisconsin. To give you perspective: there are over 60 properties in Nebraska alone for sale right now on LandandFarm.com larger than Ulithi. 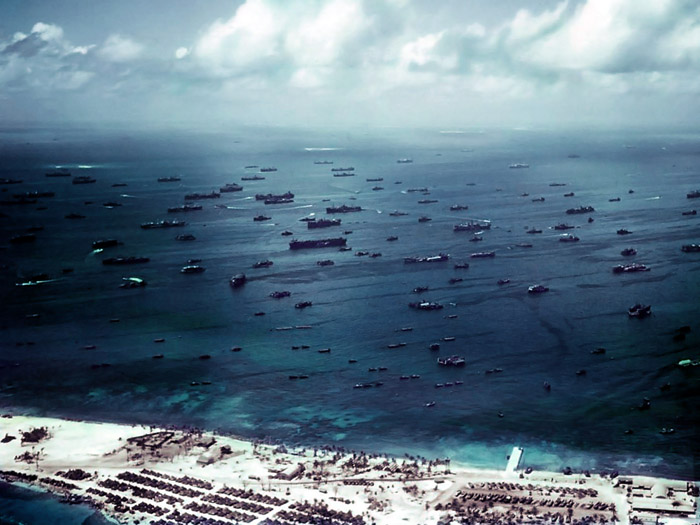 But Nimitz didn’t care about the land. The atoll’s value lay in the deep, calm azure water at the center of the amoeba—one of the largest coral reef lagoons in the world. A survey crew aboard the USS Sumner (AGS-5) estimated the lagoon could hold over 700 large ships comfortably with plenty of room for refueling, repair, maintenance, and storage operations. Such a vast naval base this far west—San Francisco lies 1,000 miles farther from Ulithi than it does London—is precisely what US forces needed in the fall of 1944, as it plotted its final approach to the Japanese home islands.

Japan owned Ulithi but didn’t recognize its value. When the 323rd Regimental Combat Team of the 81st Infantry Division landed on September 22, 1944, it had to scour the islands to find seventeen Japanese soldiers among the 400 natives. The SeaBees came a few days later and got to work. They anchored pontoons off shore for piers and started building all a vast Navy fleet could possibly need to operate indefinitely thousands of miles away from Pearl Harbor. 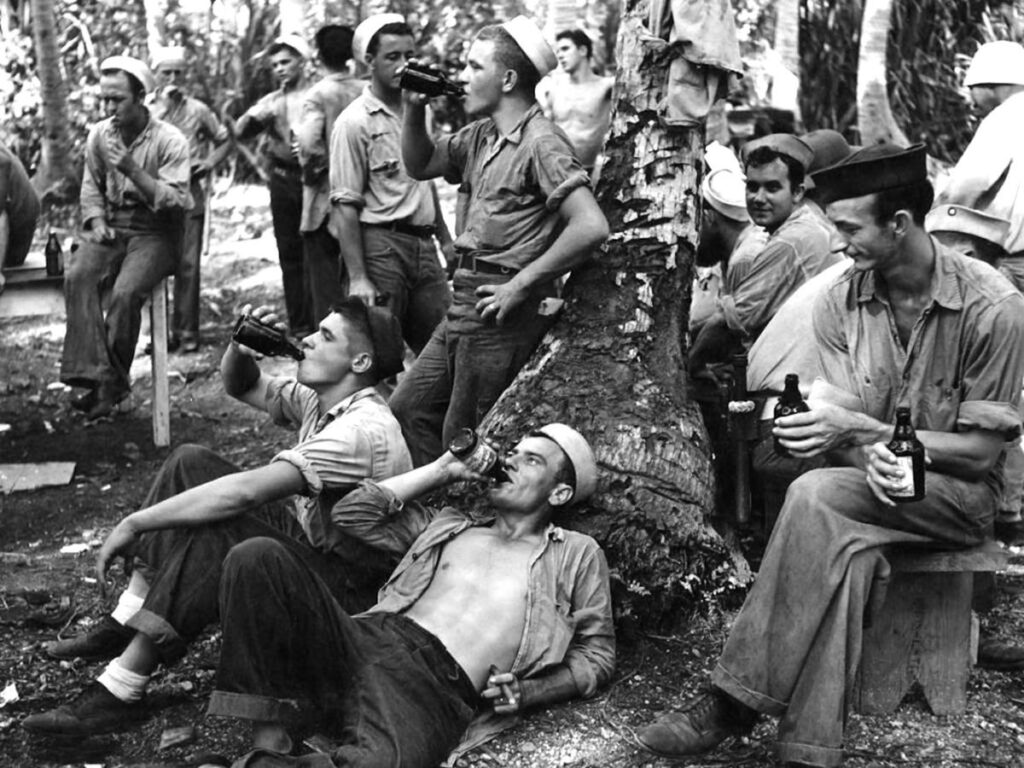 Every day, dozens of ships brought thousands of welders, riggers, carpenters, plumbers, electricians, and other constructions workers to the atoll. The USS Ajax arrived to serve as a metal fabrication shop. The USS Abatan turned salt water into drinking water. There was a barge just for ice cream churning. The floating dry docks were powerful enough to hoist battleships out of the water. Engineers lengthened one island to expand a Japanese air strip. SeaBees built another air strip on Mog Mog island, which also became home to R&R facilities, including sports fields, a band stand, a chapel, and a 1,200-seat theater. By Christmas, Mog Mog was accommodating 8,000 enlisted men and 1,000 officers daily. You can see aerial footage of the Ulithi operation on YouTube.

Ulithi became the indispensable staging base for invasions in the western Pacific, including Leyte, Iwo Jima, and Okinawa. 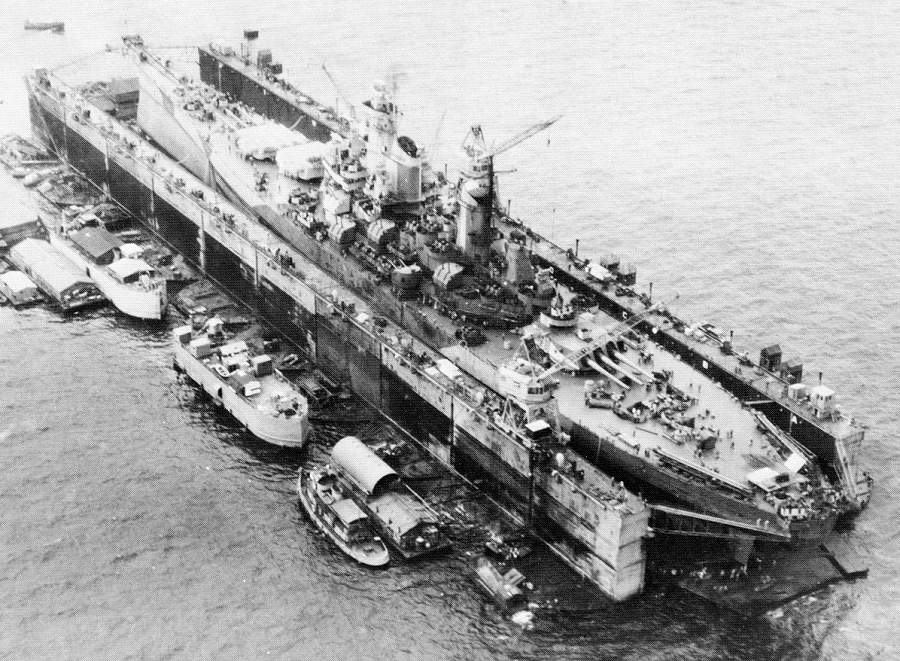 This Sunday, December 20, at 4:00pm, join us for our last Greatest Generation Live of 2020 as we continue our conversation about Ulithi and the sinking of the USS Mississinewa there by a Japanese suicide submarine. Joining us will be author Mike Mair, Ulithi resident Jon Rulmal, and a host of others associated with this remarkable and largely unknown saga of World War II.