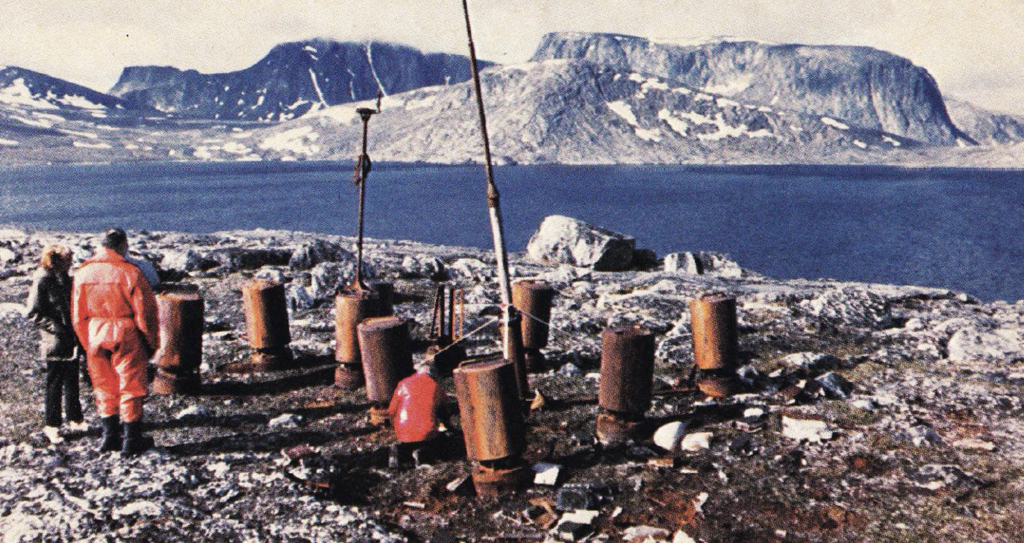 You’re looking at Dr. Alec Douglas, official historian of the Canadian Armed Forces, laying eyes for the first time on the remnants of a German operation almost forty years earlier on the tip of the Labrador Peninsula.

On October 22, 1943, German submarine U-537 dropped anchor in Northern Labrador and discharged ten sailors and two scientists to set up a mobile weather station designed to transmit conditions back to Berlin by radio every three hours. 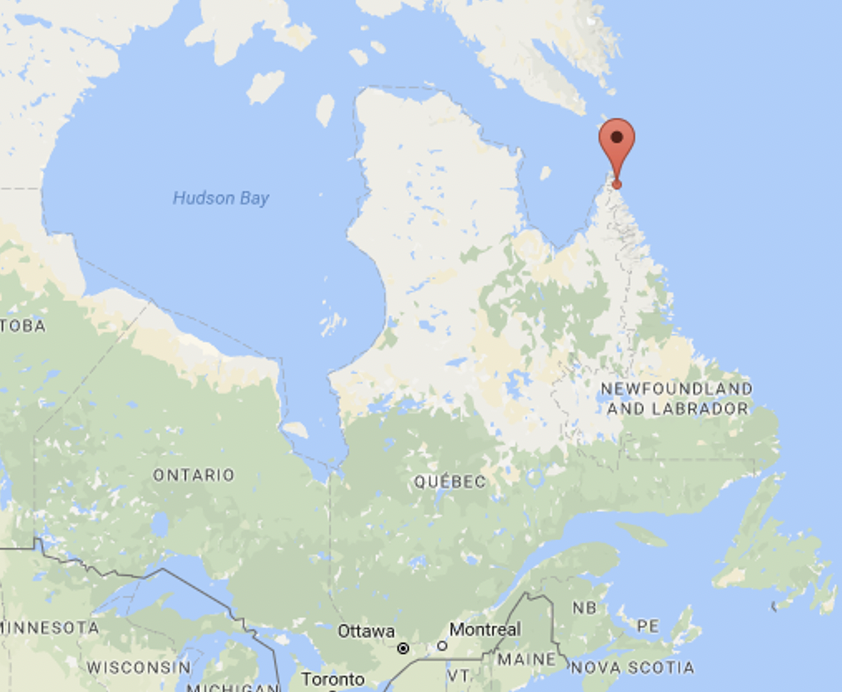 Germany, being on the downriver side of the west-to-east jet stream flow, was days behind the US in predicting weather. If the Germans could get a weather station established in the Western Hemisphere, they could better plan military operations. The idea for “Weather Station Kurt” was born.

Kurt was one of 26 Wetter-Funkgerät Land (Land Weather Stations) manufactured by Siemens corporation to be dispersed across the Northern Hemisphere to supplement unreliable weather ships and weather aircraft that were too often sunk and shot down and forced to travel in radio silence.

Wetter-Funkgerät Land–26 (WFL-26), which was placed on Labrador, was a simple array of ten one-meter-high drums. One of the drums contained the meteorological instruments and radio transmitter. Out of that canister sprouted a 33-feet antenna and a weather vane. The other drums contained nickel-cadmium batteries weighing 220 lbs each. The batteries were designed to power a two-minute broadcast every three hours around the clock for six months.

WFL-26 won the nickname “Kurt,” after meteorologist Dr. Kurt Sommermeyer, who, with assistant, Walter Hildebrant, accompanied the weather station aboard U-537. The men boarded the sub at Kiel, Germany, on September 18, 1943 for its first trip across the Atlantic. After sustaining damage in a storm that prevented the boat from diving or firing  its anti-aircraft guns, the submarine sailed into Martin Bay, Labrador undetected. 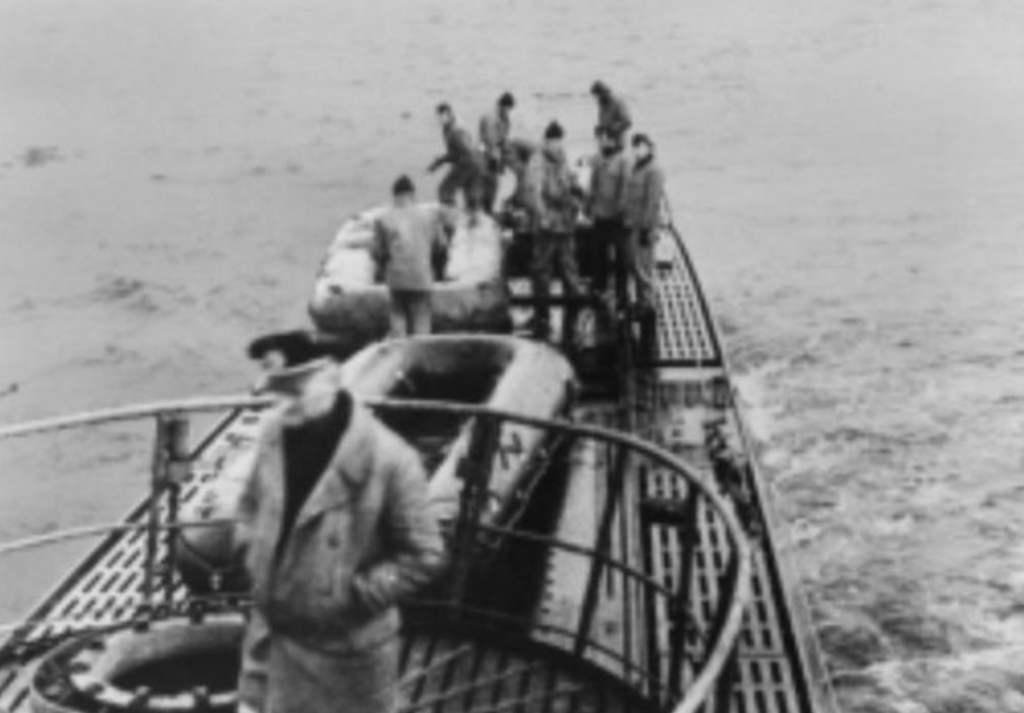 A scouting patrol rowed ashore in rubber dinghies and found a location ¼ mile inland where the assembly might be set up and not be found by Inuit or other people happening by. When the patrol returned, the ten canisters, antenna and equipment loaded into the dinghies, along with the two meteorologists and ten armed sailors, and made for the scouted location. 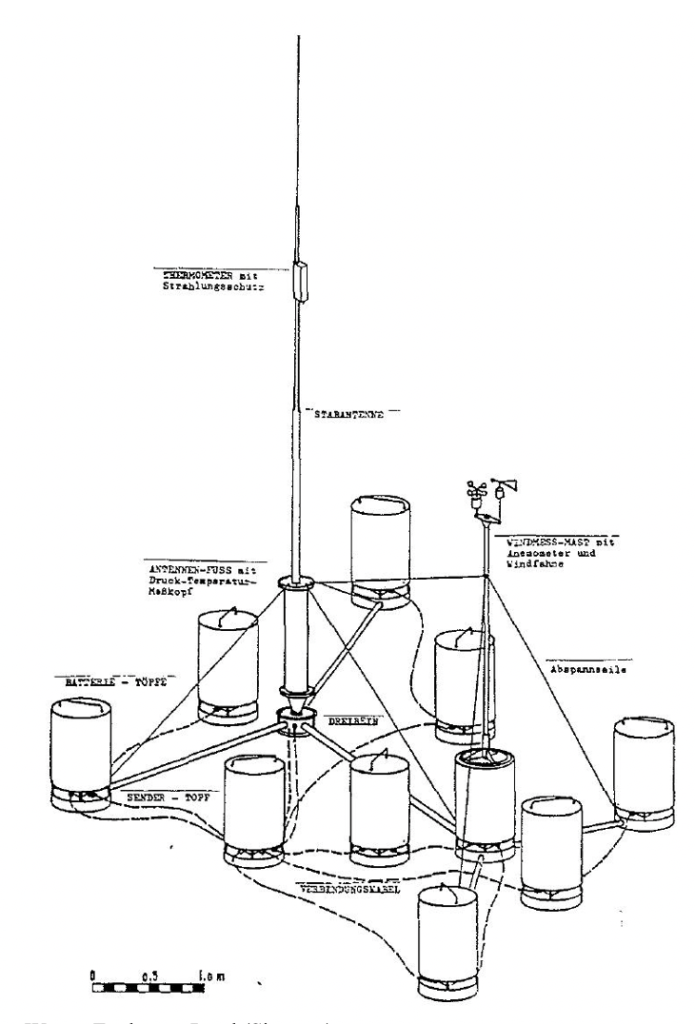 Schematic of a Wetter-Funkgerät Land (Siemens)

The men assembled the weather station on the rocky, icy, isolated peninsula in near total darkness. The drums were painted black and white to match the austere environment. The team littered the ground with empty American cigarette packs to give the impression to passers-by that the assembly was an Allied installation.

A further attempt at deception was hilariously misguided on several counts. One drum was stamped “Canadian Meteor Service.” The disguise was intended to read “Canadian Meteorological Service,” even though there was no such agency. In fact, Labrador wasn’t event part of Canada at the time. It would only join Canada as a province in 1949. 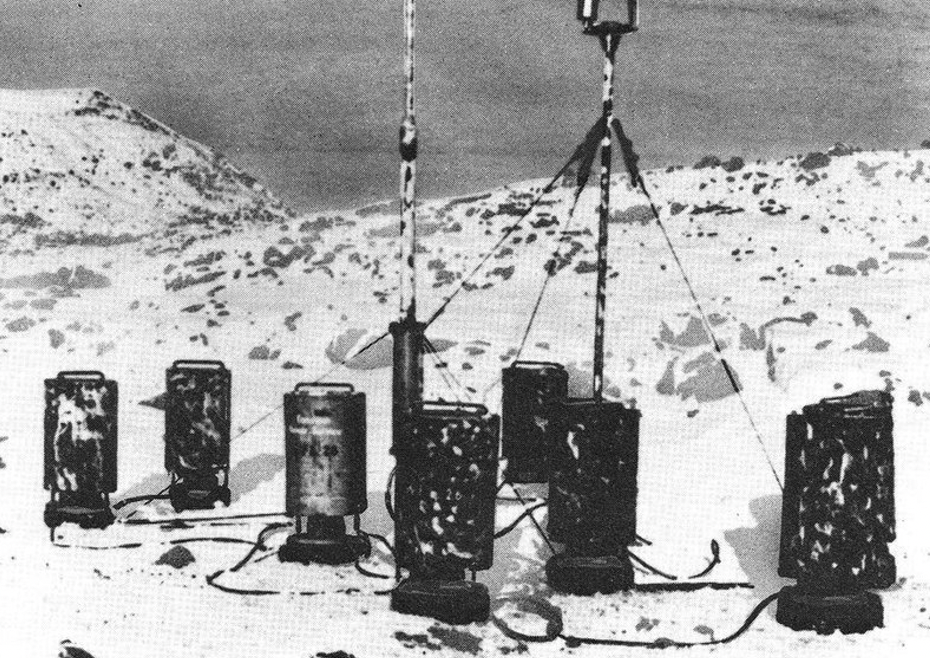 It took 28-hours to complete the mission in Labrador. After testing the station, the 12-man team returned to U-537 for further patrolling and a trip back to Europe.

Weather Station Kurt never lived up to its promise. The Germans stopped receiving transmissions after about a month. No one knows what went wrong. Perhaps the batteries drained, or maybe the transmissions were jammed. There’s no record of the Allies discovering and disabling Kurt.

So, Kurt just sat there year after year, lifeless and unspotted, until 1977 when something called the Torngat Archaeological Project arrived. Sponsored by the Smithsonian Institution and Bryn Mawr College, the project spent two years surveying and gathering data from the Labrador coast  . 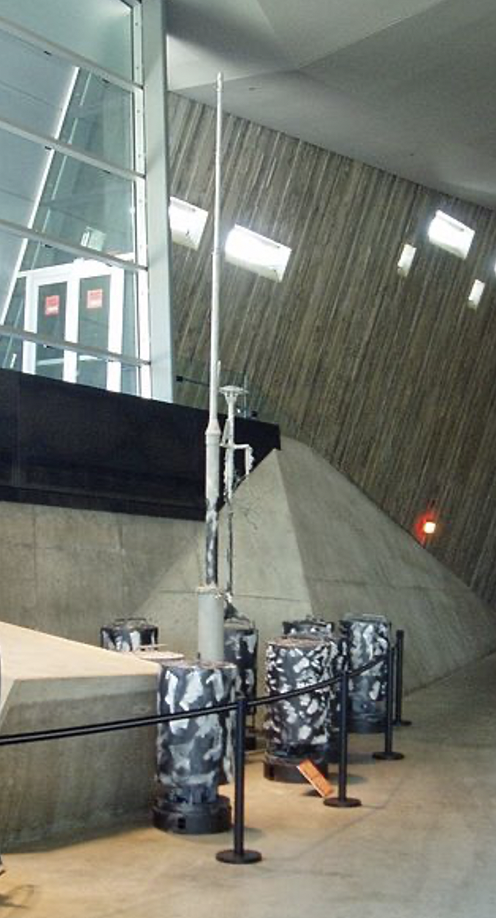 Weather Station Kurt on display at the Canadian War Museum

One scientist on the project, Peter Johnson, stumbled upon Weather Station Kurt, and routinely assigned it a survey number, thinking it was an old Canadian installation.

It took an amateur historian, Franz Selinger, to connect Johnson’s discovery to U-537, whose logbook confirmed the weather station’s origins.

Selinger reported his finding to Dr. Alec Douglas, historian for the Canadian Armed Forces. In 1981, Douglas hitched a ride on a Canadian Coast Guard icebreaker to Martin Bay, found Weather Station Kurt, gathered it up for preservation.

Today, visitors to the Canadian War Museum in Ottawa can see Weather Station Kurt on display, restored to its original appearance, standing as a reminder of Germany’s only armed operation on North American soil in World War II.