What Made D-Day an Unsurpassed Masterpiece of Planning 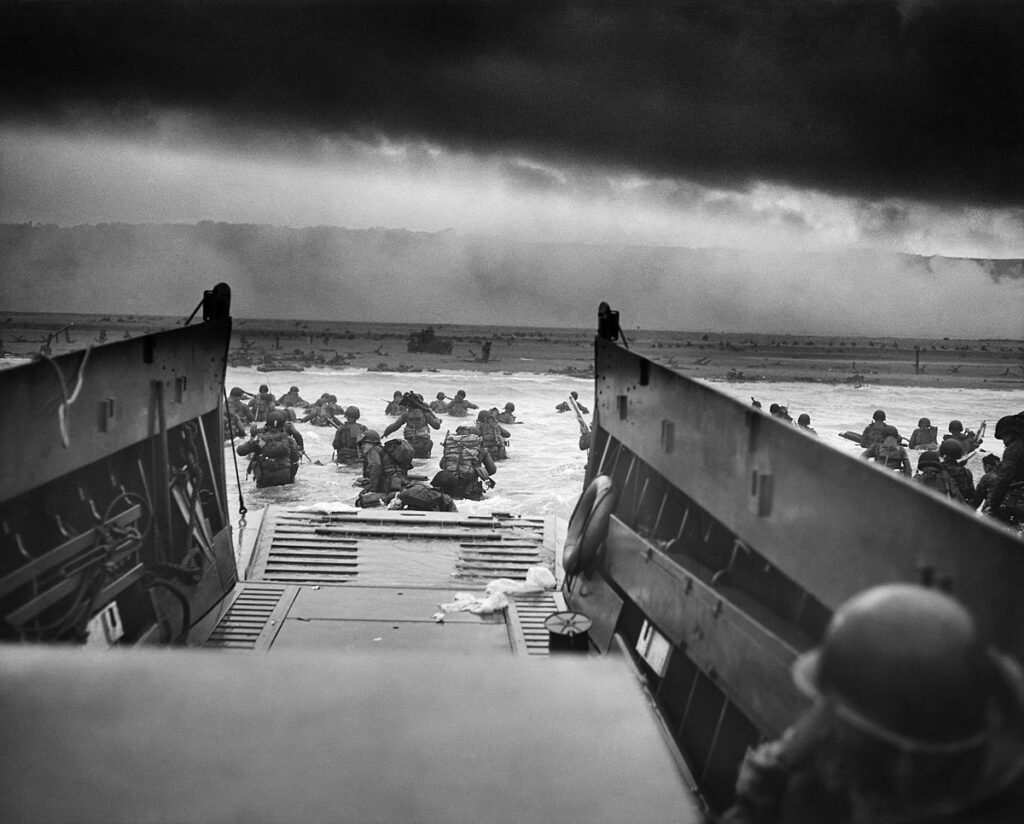 Military history is rife with D-Days—but none like the one that took place 77 years ago on June 6, 1944. Operation Overlord, the invasion of Normandy, began the liberation of Western Europe.

The operation was an unsurpassed masterpiece of planning, as several historians have noted. The invasion fleet involved almost 7,000 vessels drawn from eight different Navies. Almost 200,000 Allied sailors were involved, along with 160,000 soldiers from the multinational forces. By the end of June, 875,000 troops had made the Channel crossing.

American and British military planners accomplished all this almost from scratch. They had very little prior experience in amphibious operations. World War I had provided a testing ground for unified command, artillery techniques, aerial warfare and reconnaissance, combined arms and defense in depth tactics, naval convoy and anti-submarine operations, and communications and coordination across complex battlefields between Armies speaking different languages.

Amphibious operations, however, were limited to the infamous Gallipoli campaign and the Bismarck Archipelago in the Western Pacific—where German island colonies were seized by an Australian expeditionary force in 1914.

The Allies used the period between the end of World War I in 1918 and the beginning of World War II in 1939 to develop and hone in the tactics and equipment necessary for successful amphibious attacks.

The British pegged the Gallipoli failure on the poorly selected and supported landing sites, which the Turkish Army could readily reinforce.  In 1938, the Royal Naval Staff College created the Training and Development Centre with Royal Marines, Army, and Air Forces attached specifically to “train in methods for seizure of defended beaches.” Speed, surprise, air and sea bombardment and aircraft co-operation were all emphasized.

In the US, a Marine Corps searching for an expanded mission after World War I found it in the need for a fast-reacting, light infantry force that could be carried to far off locations by the Navy. Its role would be amphibious landings on enemy-held islands. But it took time to figure out how to do it while avoiding another Gallipoli-like disaster.

A breakthrough came in 1921 with Marine Major Earl H. “Pete” Ellis’s visionary Operations Plan, Advanced Base Operations in Micronesia. To win a Pacific war, Ellis argued, the Navy would have to fight through thousands of miles of ocean. Marines would then seize islands which would become forward bases. This plan would inspire the American strategy for the Pacific Theater of Operations during World War II.

In 1933, the prototype advanced base force evolved into the Fleet Marine Force (FMF). During Landing Exercises in 1939, the FMF became interested in Andrew Higgins‘s design of a shallow-draught powered boat with a bow ramp for off-loading. The “Higgin’s Boat” would become an icon of WWII.

These boats, and the tactics that called for them, were put to their biggest test in Western Europe after 1940, when the German occupation of France presaged a large-scale seaborne invasion of Europe. Before it could be launched, the British would hone their tactics with raids along the French coast, while the US would test their methods in the Pacific.

By 1944, the Allies had advanced so rapidly in amphibious operations planning that they were able to introduce deceptions to mislead the Germans as to the date and location of the landings. They were also able to coordinate with local French Resistance forces.

Normandy was selected for its proximity to bases along the south coast of England. The invasion began with overnight parachute and glider landings of over 24,000 American, British, and Canadian paratroopers, as well as massive air attacks and naval bombardments.

The landings occurred on five beaches with codenames for each: Omaha and Utah, assigned to Americans, Gold and Sword, assigned to the British, and Juno, assigned to Canadians. The Royal Australian and New Zealand Air Forces and the Royal Norwegian Navy provided additional support at sea and in the air. During the evening, remaining elements of the parachute divisions landed.

Not everything went right on D-Day, and not all Allied objectives were achieved. But Overlord gained a foothold in Western Europe that was never surrendered and would gradually expand over the coming months. German casualties on D-Day are estimated at 4,000 to 9,000 men. Allied casualties were higher, at least 10,000, with 4,414 of those confirmed dead.

General Dwight Eisenhower was right in his D-Day message to troops when he said, “the tide has turned” and that the “free men of the world are marching together to Victory.” The amphibious operations of D-Day helped turn that tide even further.

“Good luck, and let us beseech the blessing of Almighty God upon this great & noble undertaking.”