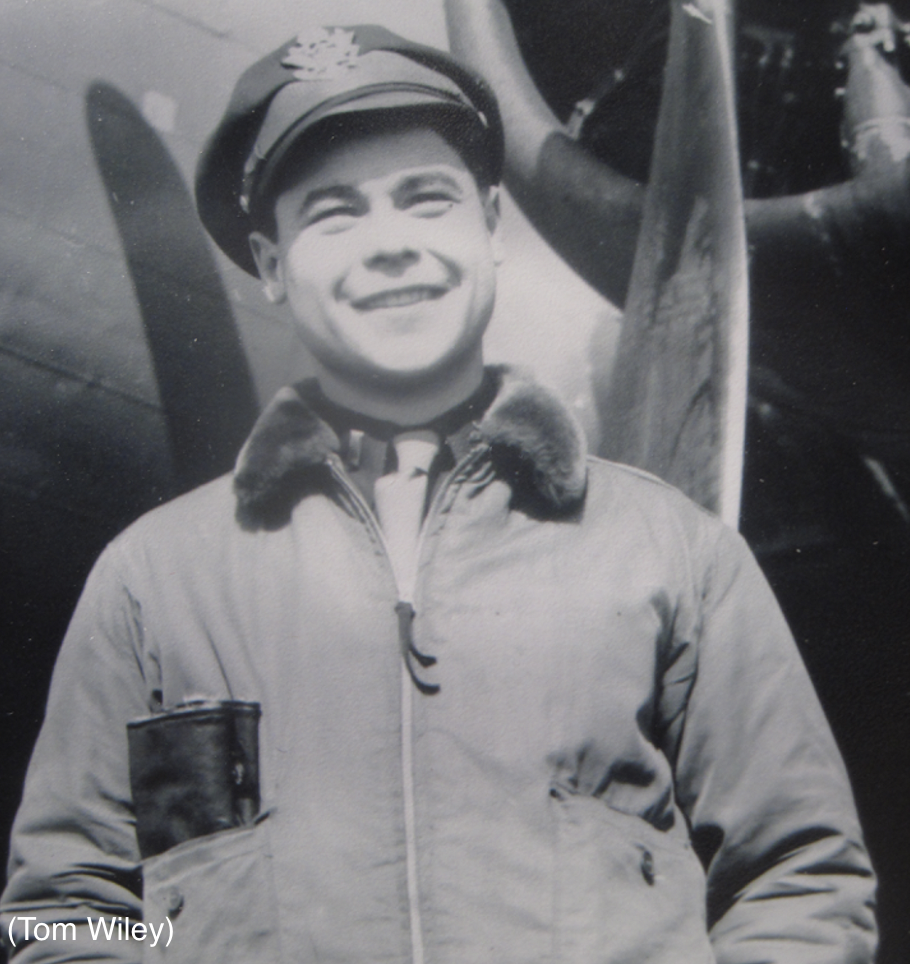 “What a marvelous plane that was and beautiful to fly.” That’s what WWII B-17 pilot Tom Wiley said to us once at a VBC breakfast several years ago. Tom was also squad and group leader in the 15th Air Force flying out of Italy during the war.

“What was so great about it?” I asked.

“The wings,” he responded without hesitation. “The B-17 had broad deep wings. Also, the controls were electrical, unlike the B-24, which were hydraulic. Once you lost hydraulics, that was it. But with electrical controls, you always had a chance to twist two pieces of wire together and get them working again.”

Knowing nothing about aeronautics, I was forced to ask him why broad wings were preferable to narrow ones.

“Why, they allow you to keep flying after you’ve been hit. B-17s could take a lot of flak and stay in the air . . . more surface for air flow, more lift.”

“During the war and after, I always thanked B-24 pilots for taking the heat off of those of us in the B- 17s,” Tom said. “The Jerries always went after the B-24s first because they went down so easily. German Dfighters would pass us up to get to the B-24s, because of the narrow wings.”

Tom was right. Compare the broad B-17 wings to those of the B-24 below. 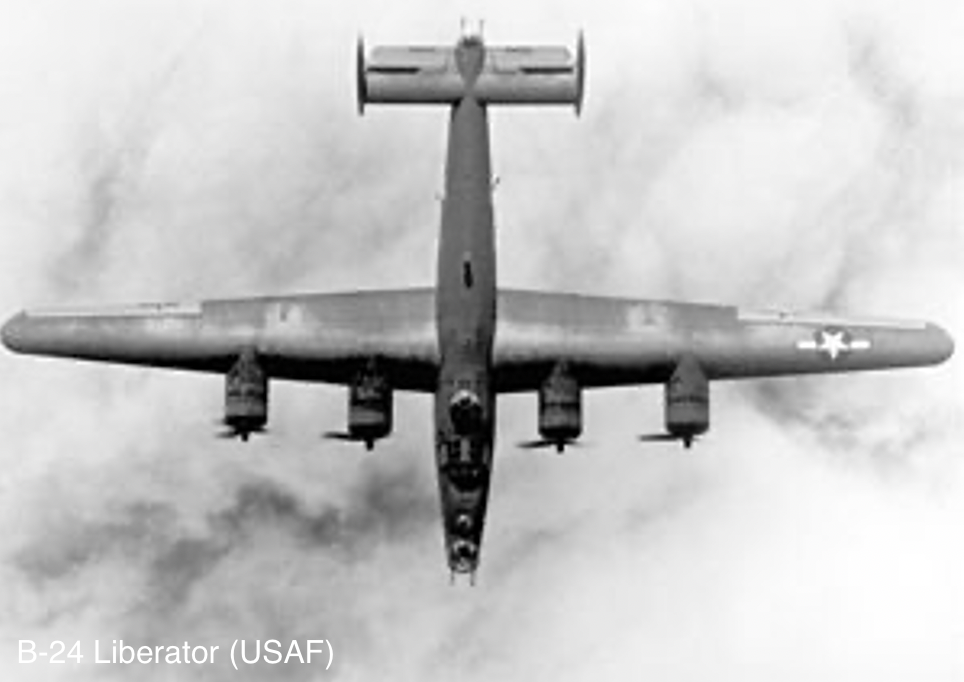 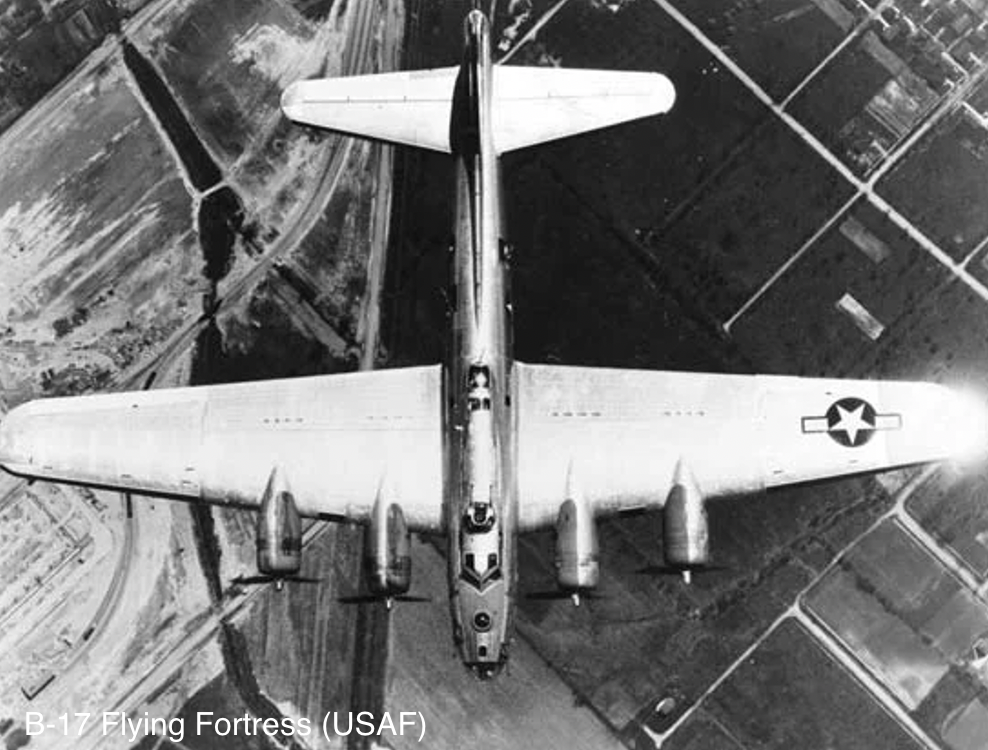 These narrow B-24 wings gave the plane speed and endurance but also vulnerability to damage.

B-17s couldn’t carry as heavy a payload as the B-24, nor fly as far or as fast. But it could take enemy flak, and its grateful crews returned safely to the ground after absorbing punishment that would send a B-24 into a nosedive.

“A former German fighter pilot I met once told me that he could never fly into our B-17 formations because our tails were too big,” Tom continued. “He could dart into B-24 formations because they had narrow tails, and he would shoot them out of the sky. But he couldn’t do that with our B-17s. We flew in very tight formations.”

“The only time I ever saw a plane fly into our tight formations was when some Tuskegee Airmen did it,” Tom said. “I always wondered why they would do such a dangerous thing. They knew that we would shoot at them if we got a chance. Any time you saw a plane with its nose pointed at you in combat, you tried to shoot it down. Why would these airmen put their planes in harm’s way like that?”

“I got my answer about ten years ago when I met some Tuskegee Airmen. I shook hands with a former colonel and said, ‘Colonel, I’ve been waiting 50 years for an answer to a question about you guys. Why did I see some of your guys fly into our formations while over Italy?’”

“The colonel smiled broadly and said, ‘Just showboating, I guess.’”