Happy April Fool’s Day! Here are some hilarious military pranks from the past.

Todd’s note: April Fool’s Day is terrible for exceedingly gullible people like me. My wife tricks me every year. But I must admit the day has a fascinating history, stretching back at least to Geoffrey Chaucer’s Canterbury Tales (1387-1400), which made reference to the date March 32nd as a day of tricks. There’s also the weird theory that April Fool’s Day began as a way to make fun of the French. In any case, we won’t play any tricks on you today, but we do pass along some favorite military pranks from the past.

Join the Marines and Get a Pet! 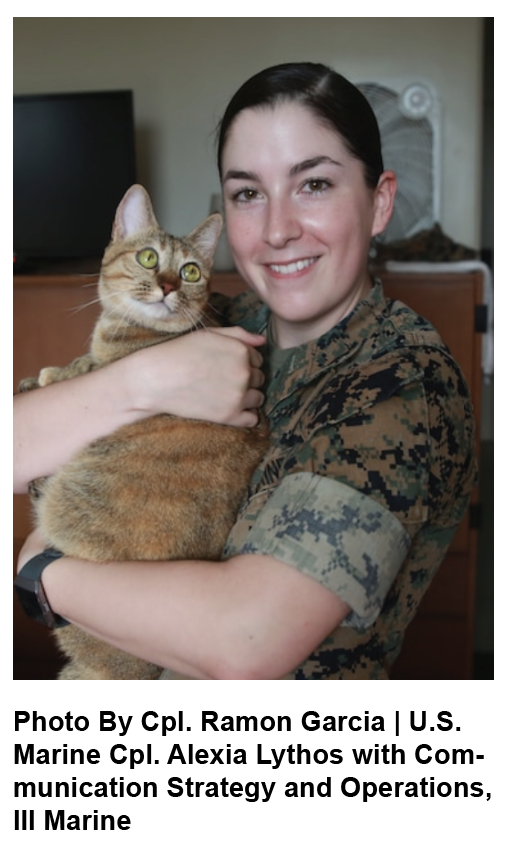 In 2019, Lance Corporal Roan Garcia issued a press release to the III Marine Expeditionary Force on Okinawa announcing the new policy that Marines there would be able to keep pets in their barracks, including most dogs, cats, fish, bearded dragons and hedgehogs, as long as they kept to grooming standards. The fake story fooled a lot of Marines and also, briefly, the Marine Corps Times.

Join the Air Force and Grow a Beard! 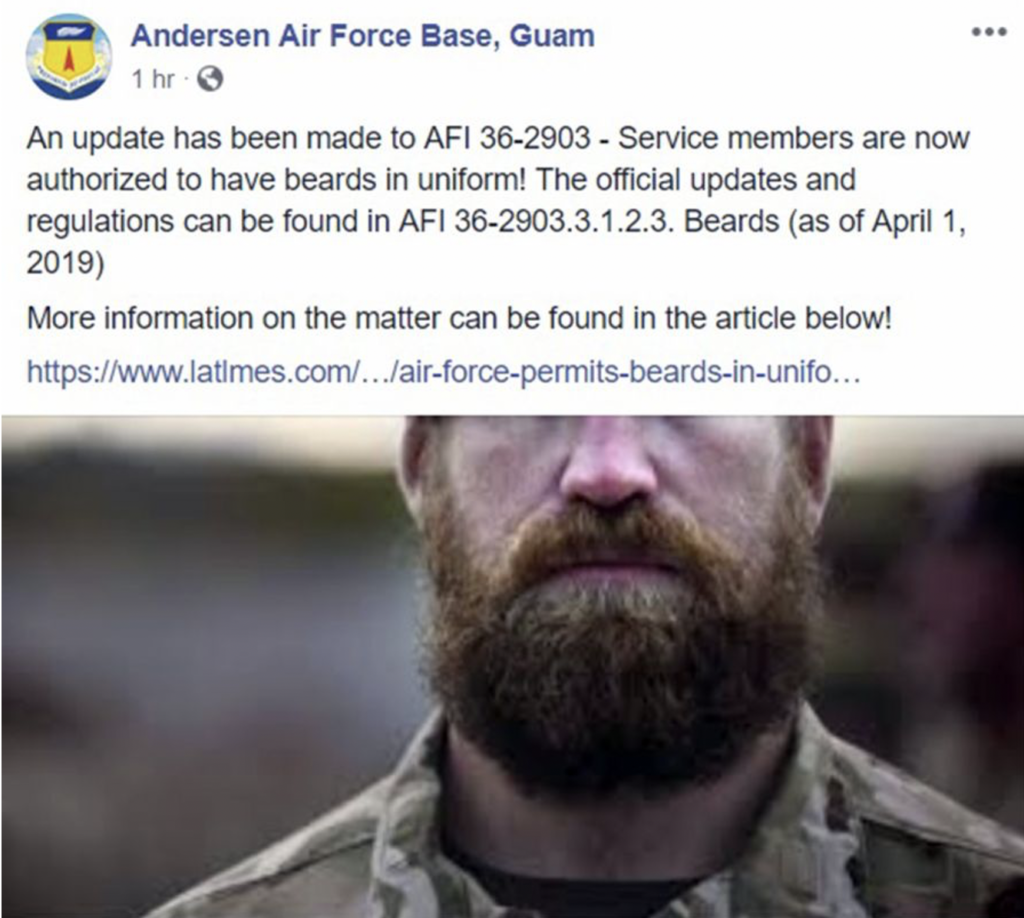 Also in 2019, someone from Andersen Air Force Base, Guam, announced a new policy allowing Airmen to wear full beards. The Facebook post looked official and was shared thousands of times in a few hours (read some of the comments—they’re hilarious). Anyone who clicked the link in the post to the supposed Los Angeles Times article in the post was sent here instead. Postscript: the Air Force did issue a shaving waiver for religious purposes in 2020. 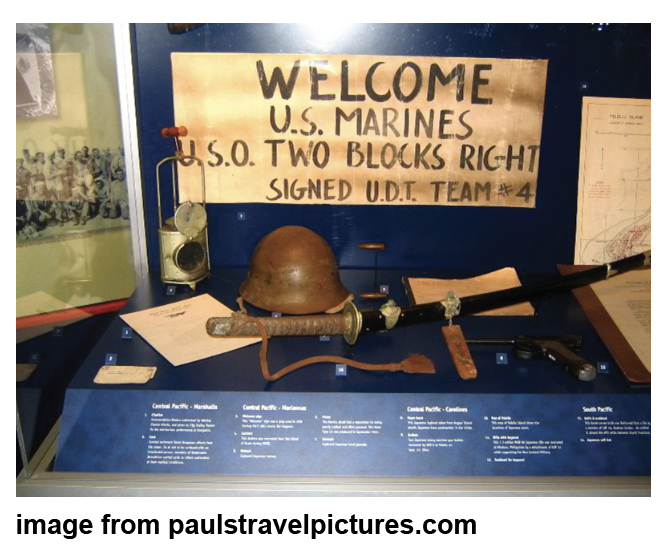 In WWII, Navy “frogmen,” or Underwater Demolition Teams, often landed on hostile beaches well ahead of the Marines. These forerunners of Navy SEALS took pride in their dangerous demolition work, and UDTs made a habit of leaving crude hand-painted signs for those who followed. On July 19, 1944, UDT #4 left a sign on Guam, which the Marines would invade two days later. The sign is on display at the Fort Pierce Museum in Florida: “Welcome U.S. Marines U.S.O. Two Blocks Right Signed U.D.T. Team #4.” Another one from Guam is here.