Skip to content
Vietnam Mystery Memorial Still Has People Scratching Their Heads . . . and Mistakenly Declaring it “the First”

Vietnam Mystery Memorial Still Has People Scratching Their Heads . . . and Mistakenly Declaring it “the First” 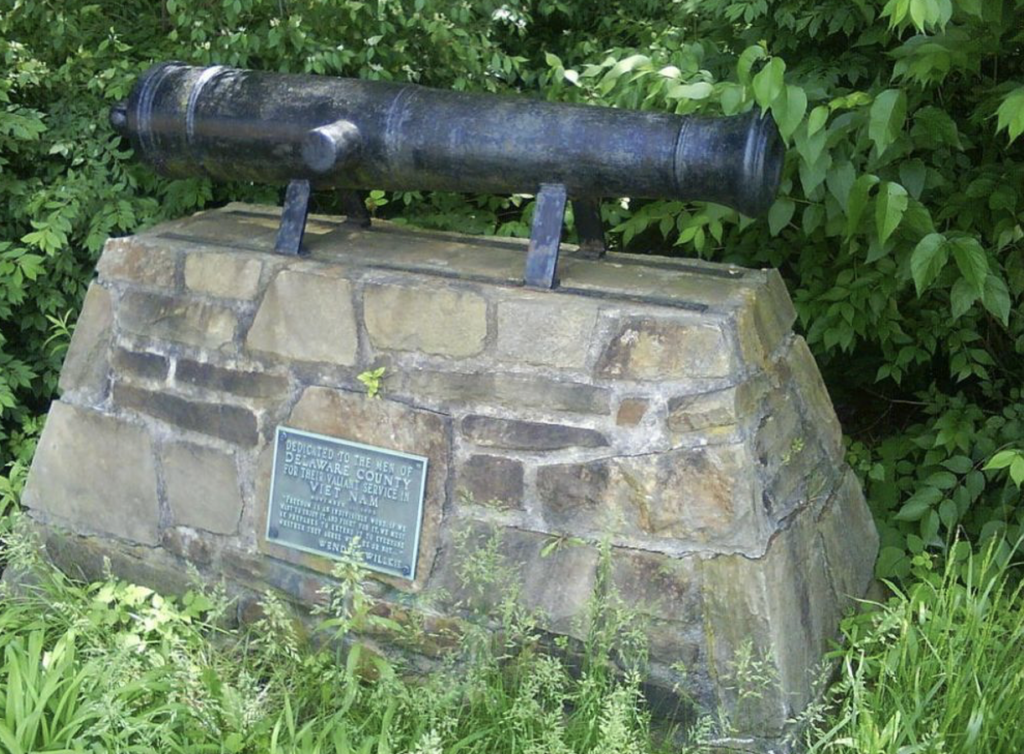 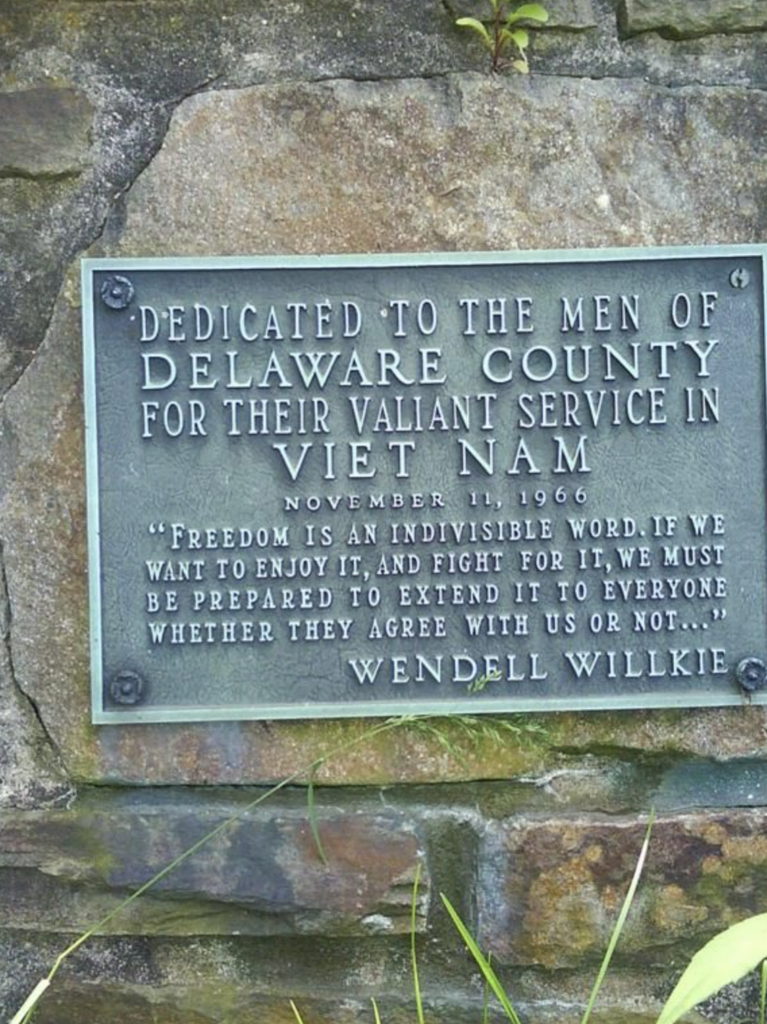 I somehow missed this an old news item about the discovery of a Vietnam War memorial outside of Philadelphia in Chadds Ford, Pennsylvania. In 2012, someone was clearing brush at an old bank parking lot and discovered a distinctive Vietnam War monument. No one remembered ever seeing it before, and no one knew anything about it. The monument is on private property in Chadds Ford, Pennsylvania, and is not small.

“Dedicated to the Men of Delaware County for their Valiant Service in Viet Nam,” the monument consists of a stone base topped by an old cannon. It was hiding in plain sight, 20 feet from a major road.

First is an embossed quote from 1940 Republican candidate for President, Wendell Wilkie, who died decades before the Vietnam War.

“Freedom is an indivisible word,” it reads. “If we want to enjoy it, and fight for it, we must be prepared to extend it to everyone . . .  whether they agree with us or not . . . ”

The quote may imply opposition to the American intervention in Vietnam.

The second distinctive feature is the date of dedication: November 11, 1966. The early date had some people claiming it was the first Vietnam War memorial in the country. 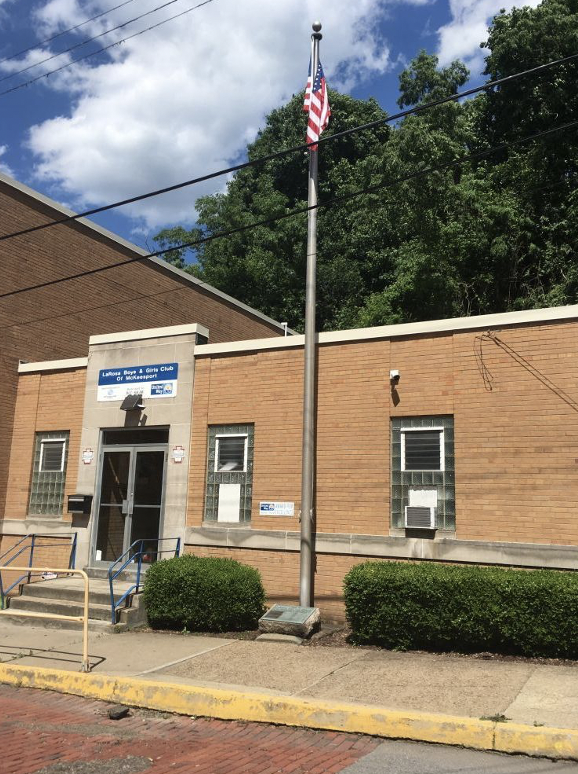 Those of us from Pittsburgh have always understood the flag pole memorial at the Boys Club of McKeesport, also dedicated on November 11, 1966 as the oldest in the country.

Turns out, neither the McKeesport Honor Roll nor Chadds Ford memorial was the first. That distinction belongs to the Charlottesville (Virginia) Dogwood Vietnam Memorial, which was dedicated April 20, 1966, after the town received word of its first casualty.

As for the Chadds Ford Memorial, local veterans and citizens restored and rededicated the mysterious piece of history. You can now visit it in a nicely situated plaza nears some stores away from the road. 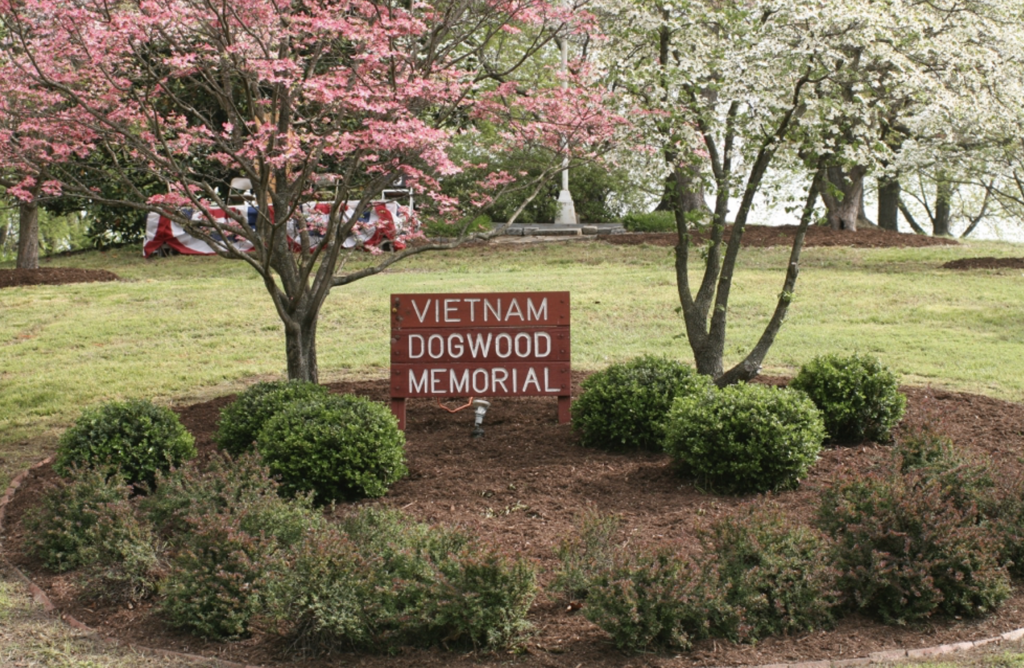