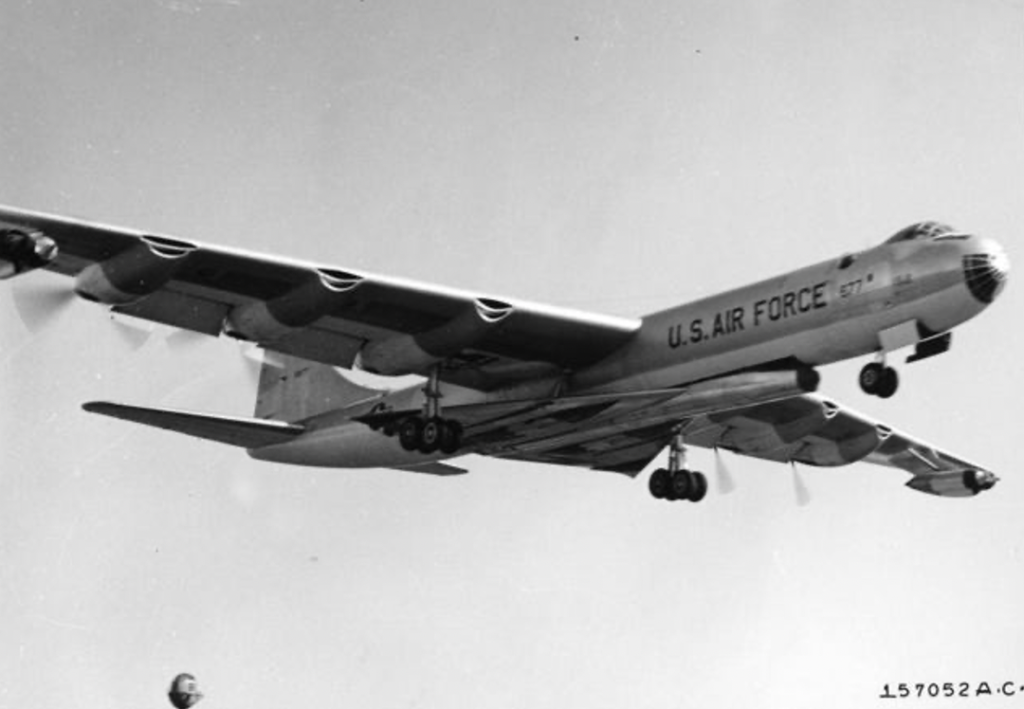 The Convair B-36 was a remarkable aircraft. But anyone with an even vague idea of what an airplane looks like will see those old photos and ask, “Why are the propellers on backwards?”

The short answer: they aren’t. 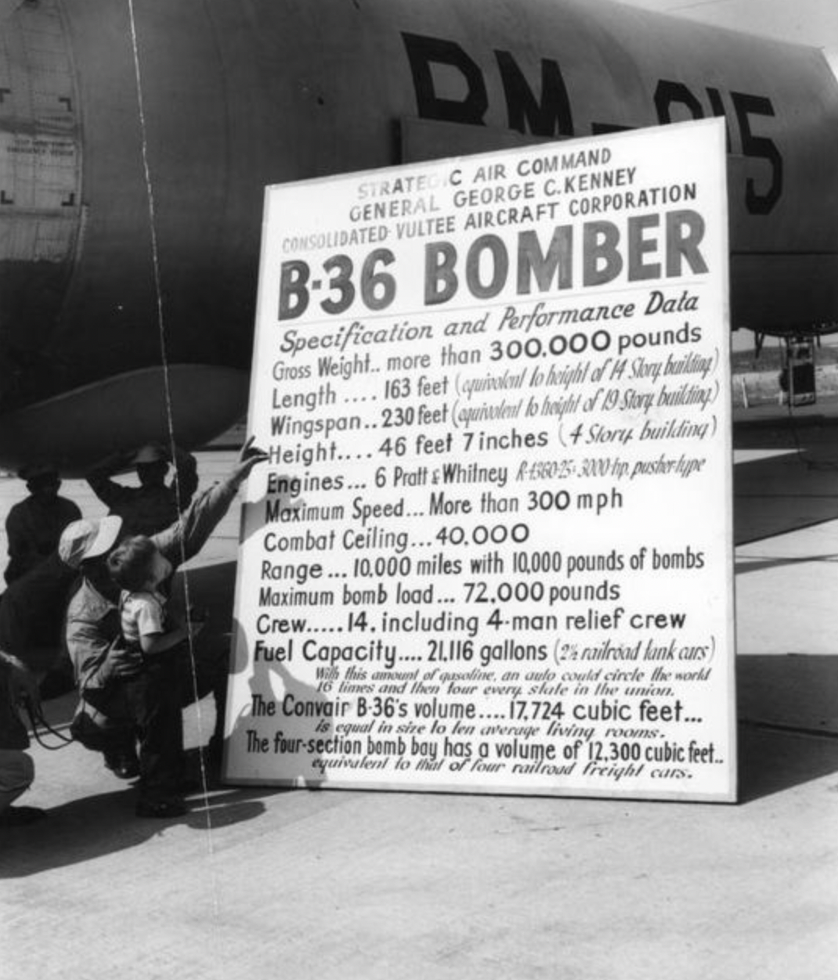 To understand why not, we need a basic lesson in how propellers work.

“Thrust” is the force that moves an aircraft forward. For a jet engine, thrust is fairly easy to understand.  Expanding gasses are forced out of the back of the engine, and these gasses push the plane forward.  Think of blowing up a balloon, then letting it go.

A propeller is a little more complicated. Each revolution of a propeller takes a thin slice out of the air.  As the propeller slices forward, it basically drags the airplane along with it.  Think of a drill bit boring through an object, or the threads of a screw advancing. Because of this, a propeller can either “pull” the plane or “push” it.  In both cases, the propeller is facing the same direction. It is just mounted either in front of the engine (a “tractor” propeller) or behind the engine (a “pusher” propeller). The Wright Brothers used pusher propellers on their Flyer. Most aircraft since then have used tractor propellers for a variety of reasons, most of which—although important—are only meaningful to us pilots. Mainly, they have to do with stability.

But why use pusher propellers on the B-36?

Much like the propellers on a boat churn up the water, aircraft propellers leave turbulent air in their wakes. This turbulent air passing over wing surfaces both decreases lift and increases drag. Thus, more thrust is required. More thrust means more fuel, and more fuel means a high cost of operation. For most applications, this decreased efficiency and higher cost are worth it because tractor propellers have their advantages.

But the mission of the B-36 was special. It was designed to have unprecedented range. It could fly 10,000 miles without refueling. That’s Pittsburgh to Moscow and back, with some fuel left over. Achieving that range meant decreasing drag. Hence, the pusher propellers.

The B-36 is now a footnote in aviation history, but you can still see a few. The one that I’ve seen is at the Pima Air Museum in Tucson, AZ. Parked outside, the plane is so huge, you can easily see it from Google Earth. 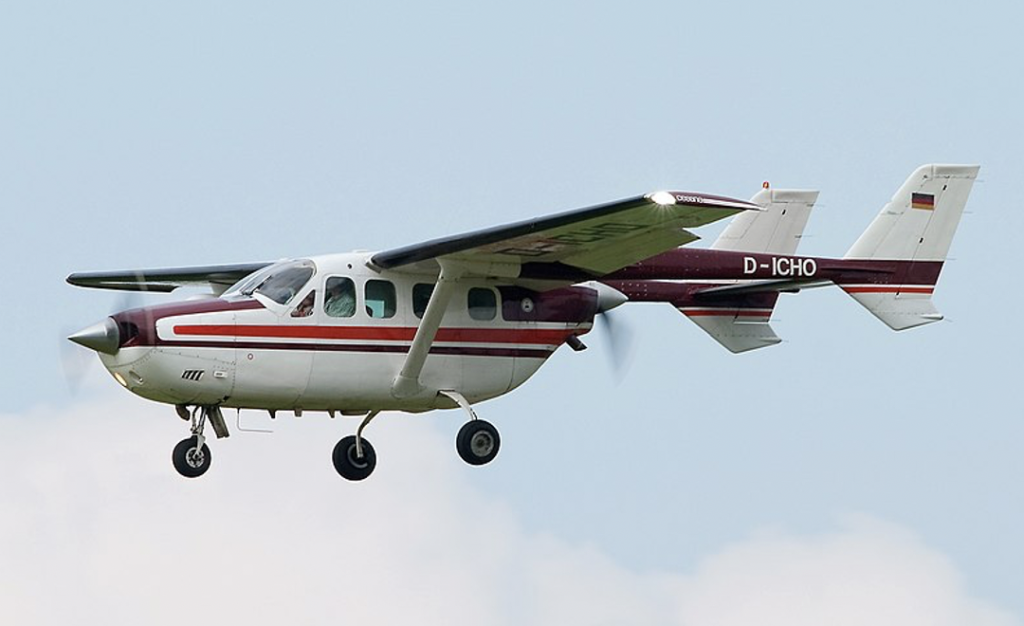 There’s one aircraft that is both pusher and tractor propelled. That’s the Cessna 337 Skymaster. A twin-engine aircraft, it has one tractor propeller and one pusher propeller in a line in the center of the airframe. This configuration eliminates a potentially dangerous situation if it were to lose an engine on takeoff. These planes aren’t common, but if you hang around General Aviation airports long enough, you’ll probably see one.

Oh, and a message for the folks who were on the Greatest Generation Live broadcast on May 25th:  those who poked fun at the Piper Cub clearly never flew one! I did both my seaplane rating and tailwheel signoff on Cubs. That was truly my most joyous flying ever. I didn’t get anywhere fast, but I loved every moment of it! 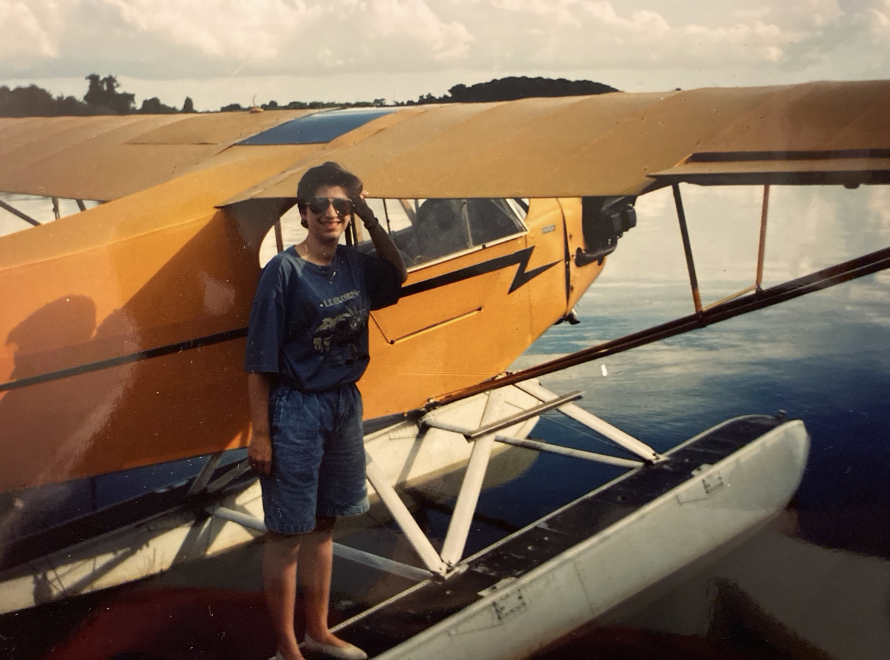