In honor of National POW/MIA Recognition Day, we welcome David and Mike Logan to our VBC Happy Hour to talk about their father, B-29 pilot Samuel P. Logan, Jr., who was shot down and captured on September 9, 1950. What happened after that is still a painful mystery these 71 years later. 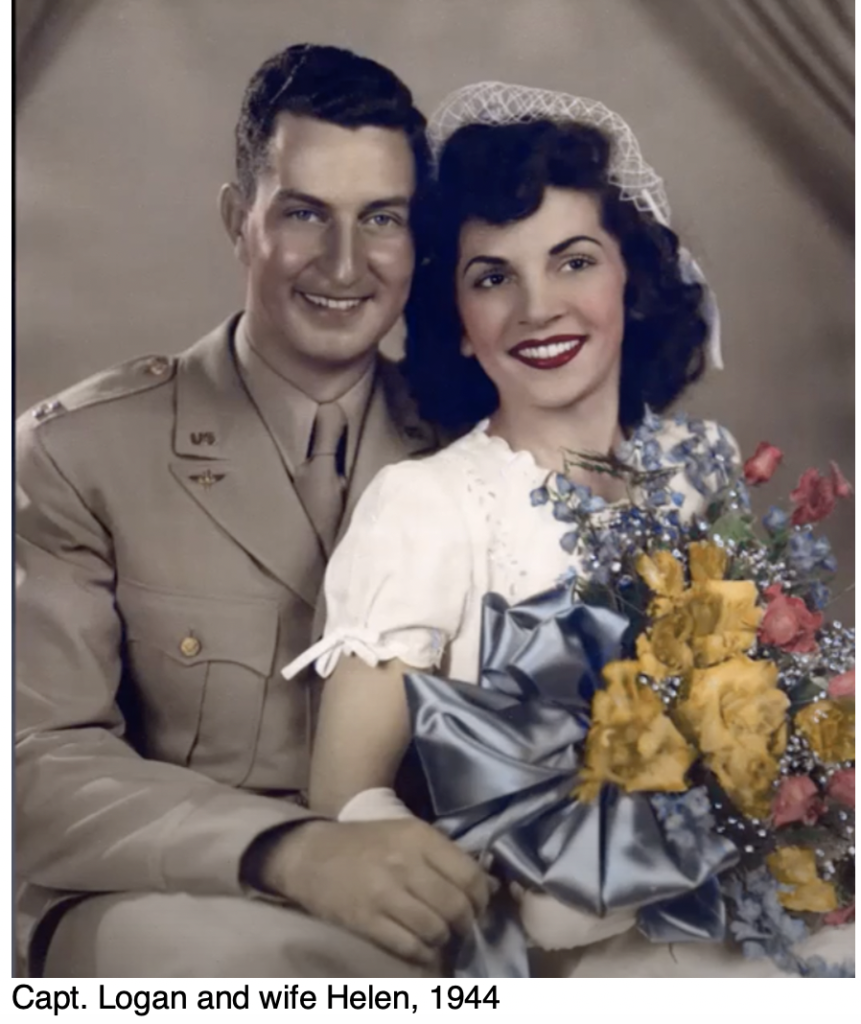 Sam Logan got his pilot’s license while still a student at East Nashville High School in Tennessee and joined the Army Air Corps before Pearl Harbor. In 1942, he was assigned to Troop Carrier Command as a C-47 pilot. He received an Air Medal and Oak Leaf Clusters for participating in the longest unescorted, nonstop operation to drop paratroopers near the Algerian port of Oran as part of Operation Torch. 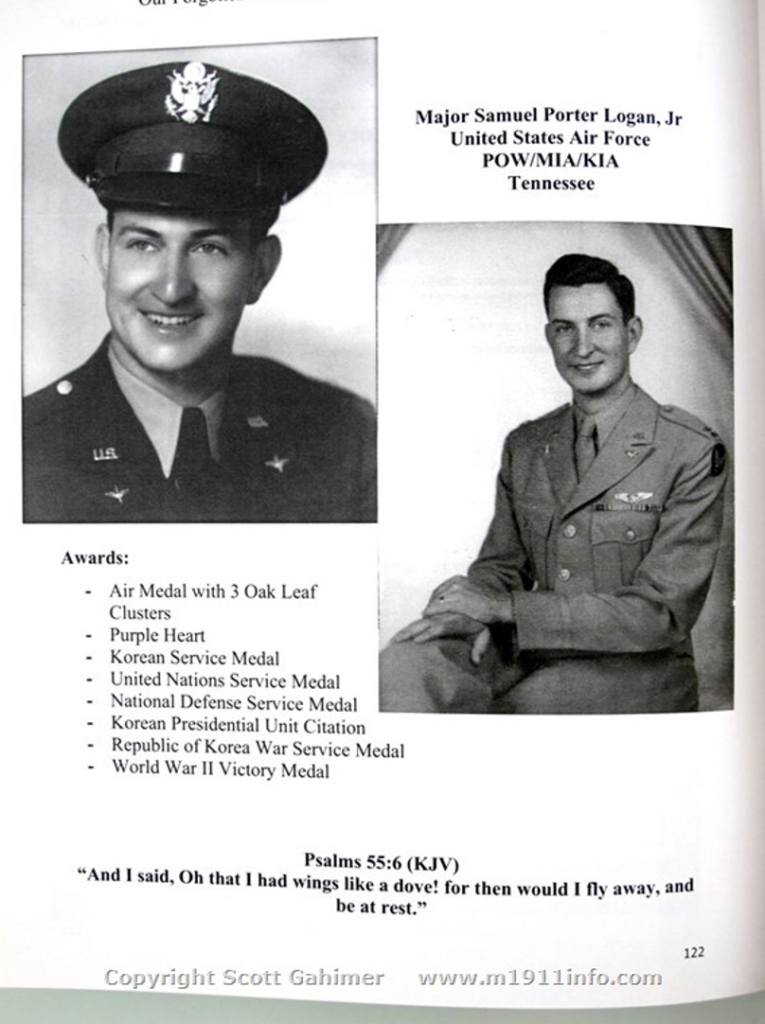 After the German surrender, Logan returned to the US to train in the new B-29 for Pacific War service. He remained in the Air Force after the Japanese surrender and began flying bombing missions over Korea when the war broke out there in June 1950.

On September 9, 1950, Logan was on a low-level bombing run north of the North Korean capital of Pyongyang when his B-29, the “Little Mike,” was hit by anti-aircraft fire. The plane crashed to the ground, but not before five or six crew members escaped by parachute. American air crews nearby noted significant ground traffic at the crash site.

Logan was listed as Missing in Action. But then, two months later, while occupying Pyongyang, an American soldier discovered this scrawled on a jail cell wall at the Court House:

Around the same time, the Soviet Union’s newspaper Pravda released a photograph of Logan in captivity near the crash site. But no information about Logan’s whereabouts or movements were ever reported or disclosed. He was not among the prisoners exchanged in the spring and summer of 1953, just before and after the armistice signed on July 27.

But, of course, there was evidence. Logan wasn’t Killed in Action. He was a Prisoner of War, as the photograph and jail cell graffiti confirmed. 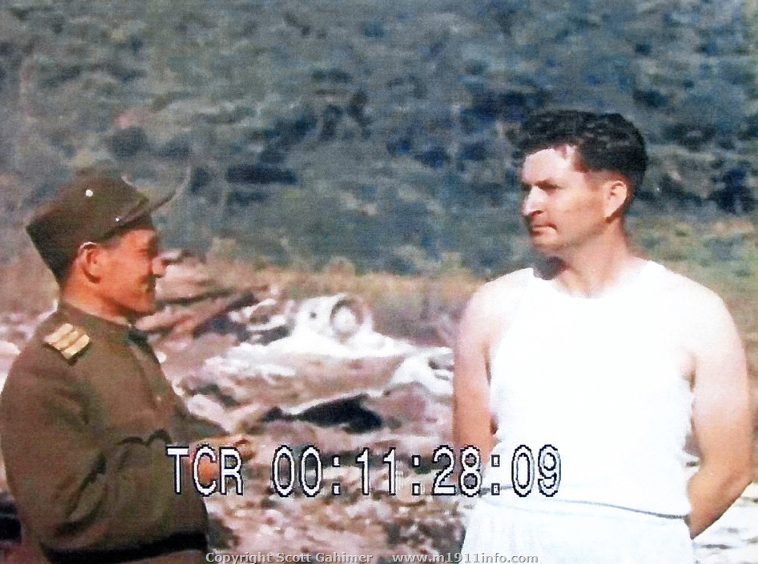 Then, in 2010, filmmaker Michael Barnes, while researching a PBS documentary “Missing in MiG Alley” ran across 16mm color Soviet footage of Sam Logan with a North Korean officer and his wrecked B-29.

Sam Logan’s sons, David and Mike (“Little Mike’s” namesake), are convinced that their father was whisked away to the Soviet Union after his capture and brief stay in a Pyongyang jail cell. No American ever spotted him in a Korean War POW camp. And B-29 pilots were often interrogated for their knowledge of the much-coveted heavy bomber.

David and Mike’s mother, Helen, never gave up hope that Sam was alive and would someday return home. She kept her faith until she died at age 91 in 2015. Similarly, Sam’s mother Ethel doggedly pursued every lead in the effort to confirm the whereabouts of her son. She wrote letters to every official she could in the Pentagon and State Department. She even wrote to officials in China, hoping the former enemy would be more responsive than American officials.

Join us on VBC Happy Hour to hear David and Mike remember their father and share his story.