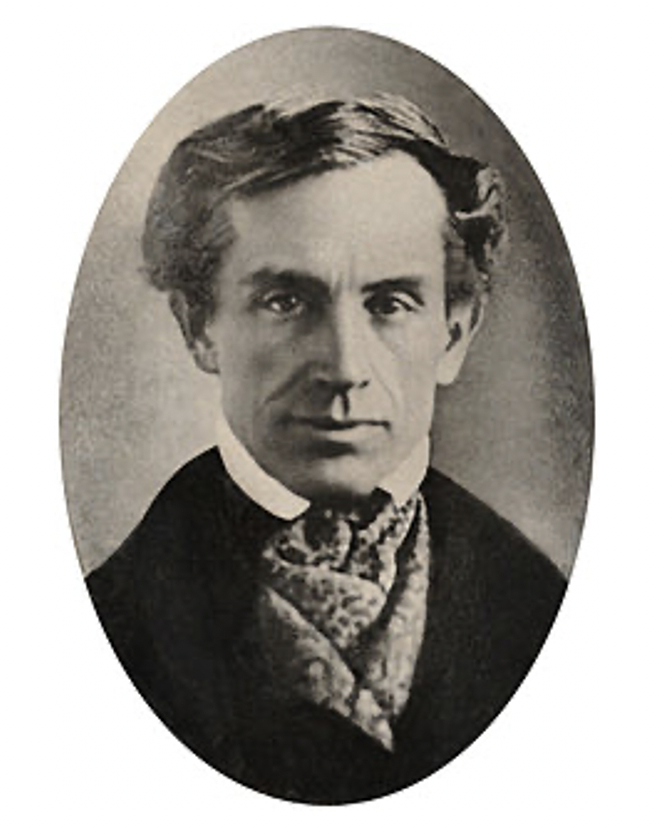 (Daguerrotype of Samuel Morse, 1840. Perhaps taken by Louis Daguerre himself)

He was a master portrait artist, a virulent hater of Catholics, and a supporter of slavery. He did NOT invent the telegraph. Nor did he single-handedly create the dot-dash text encoding method that bears his name. Samuel Morse, however, did send on this day in 1844 the first public telegraph message–“What hath God wrought”—from the Capitol in Washington to the B&O Railroad Depot in Baltimore (now the B&O Railroad Museum). And for the next 150 years, the US military taught and used Morse Code as a main language for wired and radio communication. The Coast Guard was the last to abandon Morse Code in 1995, but a few specialists are still learning the trade at Goodfellow Air Force Base in Texas (see “Yes, We Still Teach Morse Code”). And for those using signal lamps aboard ships, there’s nifty “Flashing Light to Text Converter” (FLTC) software that relieves lamp operators from having to learn dot-dash language. And for those of you who learned it way back: