The Surprising Map of US Military Overseas

The Surprising Map of US Military Overseas 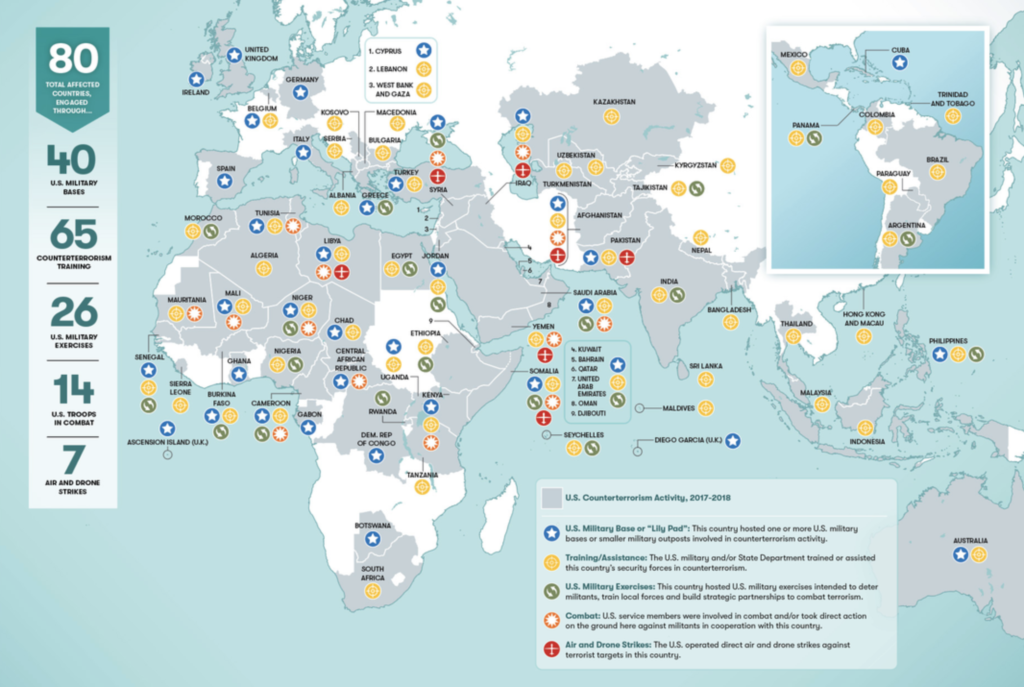 Two years ago, Smithsonian Magazine published a great map put together with painstaking research of US military activities in 80 countries over six continents. The map was created by Brown University’s Costs of War Project at the Watson Institute for International and Public Affairs. You can view a high resolution version here.

Every so often, someone on or just off active duty will join us on one of our programs and say that they were just back from Djibouti or Mauritania or elsewhere on the African continent or the Middle East. These servicemen and servicewomen remind us that as the wars in Iraq and Afghanistan have wound down over the last few years, broader counterterror operations have actually expanded, geographically speaking.

The map is a reminder that we are a nation still very much at war, with Americans in uniform still heading daily into harm’s way.