Skip to content
The Great SeaBee Train Robbery of 1950

The Great SeaBee Train Robbery of 1950 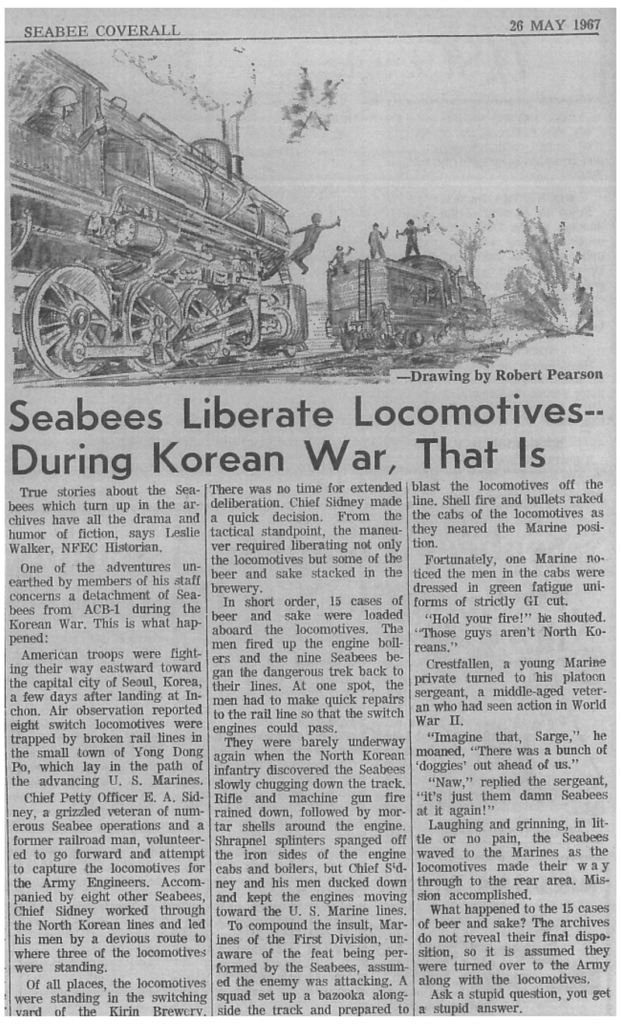 After the landing at Inchon, South Korea, on September 15, 1950, a patrol of ten SeaBees volunteered to go behind enemy lines and commandeer several locomotives located at the Kirin brewery. The Seabees captured eight locomotives and began racing back to American lines . . . but not before they threw aboard cases of Kirin beer and sake. Below is the story as it first appeared in the SeaBee Coverall in 1967, courtesy of the great US Navy SeaBee Museum at Port Hueneme, California.